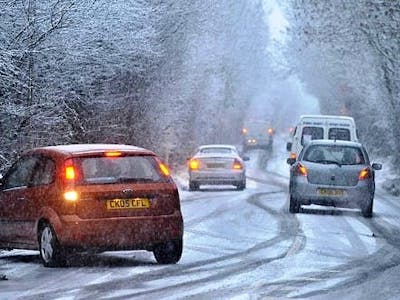 We connected a Vernier Temperature Probe and Motion Detector to an Arduino Uno to detect black ice on roads. 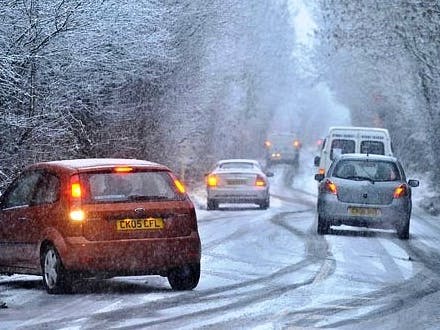 We connected a Vernier Temperature Probe and Motion Detector to an Arduino Uno to detect black ice on roads.

The goal of this Research project is to connect a Vernier Motion Detector and a Vernier Surface Temperature Sensor to an Arduino Uno and programming it to detect black ice on roadways and activate an LED Array which can warn potential drivers.

A Vernier Surface Temperature Sensor will detect when the temperature drops below 0 degrees celsius and the Arduino program will activate the Vernier Motion Detector which will be able to detect a decrease in distance between the roadway and sensor due to black ice.  When this decrease in distance is detected, the Arduino program will light an LED which can warn drivers.

First an Arduino Uno will be connected to a SparkFun Vernier Arduino Interface Shield through the pins. Next a Vernier Motion Detector will be connected to the Vernier Arduino Interface Shield through the digital 1 input. The Vernier Surface Temperature Sensor will connect to the Vernier Arduino Interface Shield through the analog 1 input. The Vernier Surface Temperature Sensor will be set so that it will touch the ground and the program on the arduino will be so that when the temperature sensor detects that the ground temperature was 0°C or below or the temperature requirement, in the given code, is met then it will activate the motion detector. The Vernier Motion Detector will be on a ring stand about 80 cm away from the ground. The Motion detector works by emitting an ultrasound wave that bounces off the surface below and then the code, that will later be uploaded on to the Arduino Uno, will calculate the distance based on the time it takes the wave to return back to the Vernier Motion Detector. If the temperature requirement met and the Vernier Motion Detector detects a decrease in distance then a LED Array is to be activated. This is done by connecting the Arduino to a SparkFun Badgerstick and LED array. When all the conditions are met the arduino will simply power the Badgerstick on which is coded to scroll the message "Black Ice" 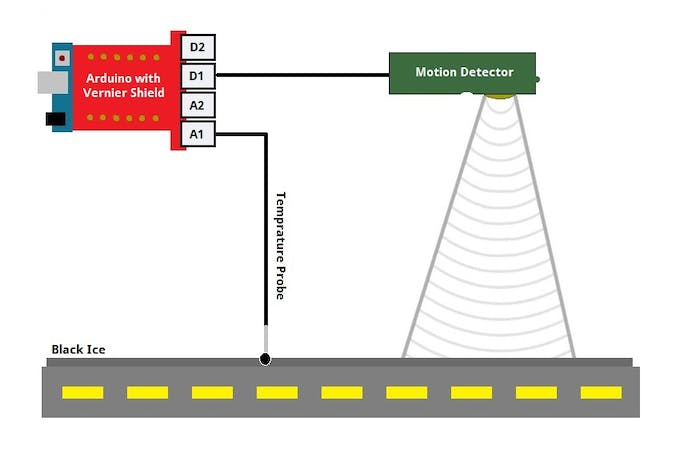 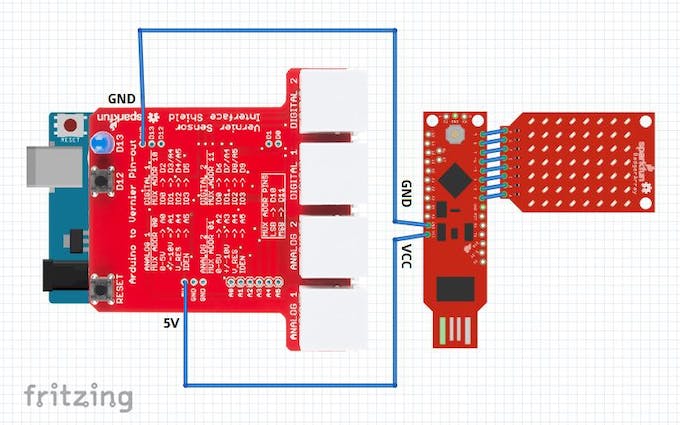 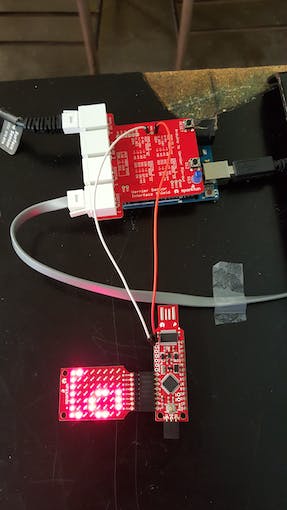 This Code uploaded onto the SparkFun Badgerstick using Codebender
If you have a Badgerstick like we did you may need to use the old bootloader
Use this for more info: https://learn.sparkfun.com/tutorials/badgerhack#hack-your-badge

This kind of system is the fastest growing safety feature in automotive industries.

CAN bus hack for reading the battery diagnostics form an electric car.