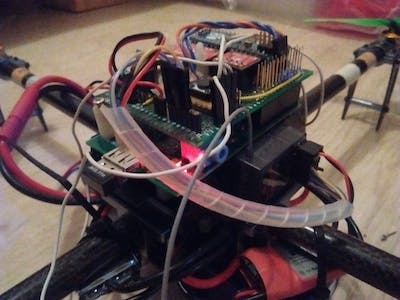 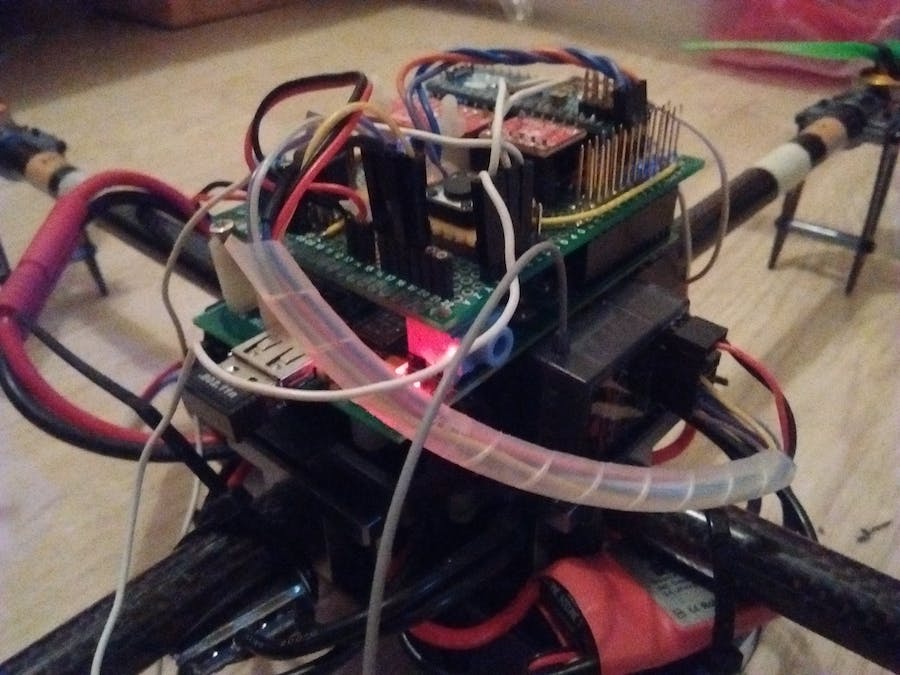 We know that many countries has its own disputes with their neighboring countries regarding maritime security.

Generally people cross the maritime border with or without their knowledge for a purpose which gives rise to illegal entries. Incidents like firing at fishing boats by the Navy ,violating immigration law by crossing the borders, arresting people due to boundary crossing etc.. has led to great deal of suffering among the fisherfolk and other sea vehicles of both countries.

To overcome the above motioned problems, we are building a Quad-copter named MAQ-10(Micro Aerial Quadcopter-10) which is controlled by a Raspberry pi-2 (I used an Rpi since i do not have two creator ci20 boards.... an alternative). The RPI will hold the PID, but a micorcontroller is used to interface the RC receiver and the ESCs. The Rpi aks the microcontroller for RC commands and sends motor speed values through I2C. An Arduino Micro has been chosen as microcontroller, for its compact size and sufficient abilites for the job.

ESCs and RC Receiver on Arduino:

I have also uploaded the files for ServoBlaster that I use to control the ESCs and the MPU6050 Digital motion processing and for the Timing and the code structure separately.

At receiving end we use Creator Ci20 board, since it has very a powerful processor with other cool and attractive features and also inexpensive when compared to computers we are using it as an alternative for PC's. Using Open CV installed on the Ci20, we can detect marine vehicles using object detection algorithms from the live video feed received from the Quad , fly it closer and take snap shots of the intruder's vehicle and make use of speakers to alert them

Receiver end object detection based on openCV and zeromq framework:

4) Use the files uploaded here on those boards. if required, modify it according to your needs :-)

How to fly the drone:

The cameras installed should be used for navigation of the drone (Autopilot) hence we can approach the vehicles before crossing the border and alert them, simultaneously snapshots of the scene are captured and sent to the coastal guards, but right now using the camera feed from MAQ-10 we are manually controlling it.

Instead of using the web camera to get the live feed, we could make use of (SWIR) Short Wave Infrared Night Vision Camera Systems in which images are not in color, This makes objects easily recognizeable but its expensive and heavier.

Thank you for your attention to this Project.

Also include the pinchangeint library

I have uploaded a zip file which contains the main.cpp along with all other necessary files & headers 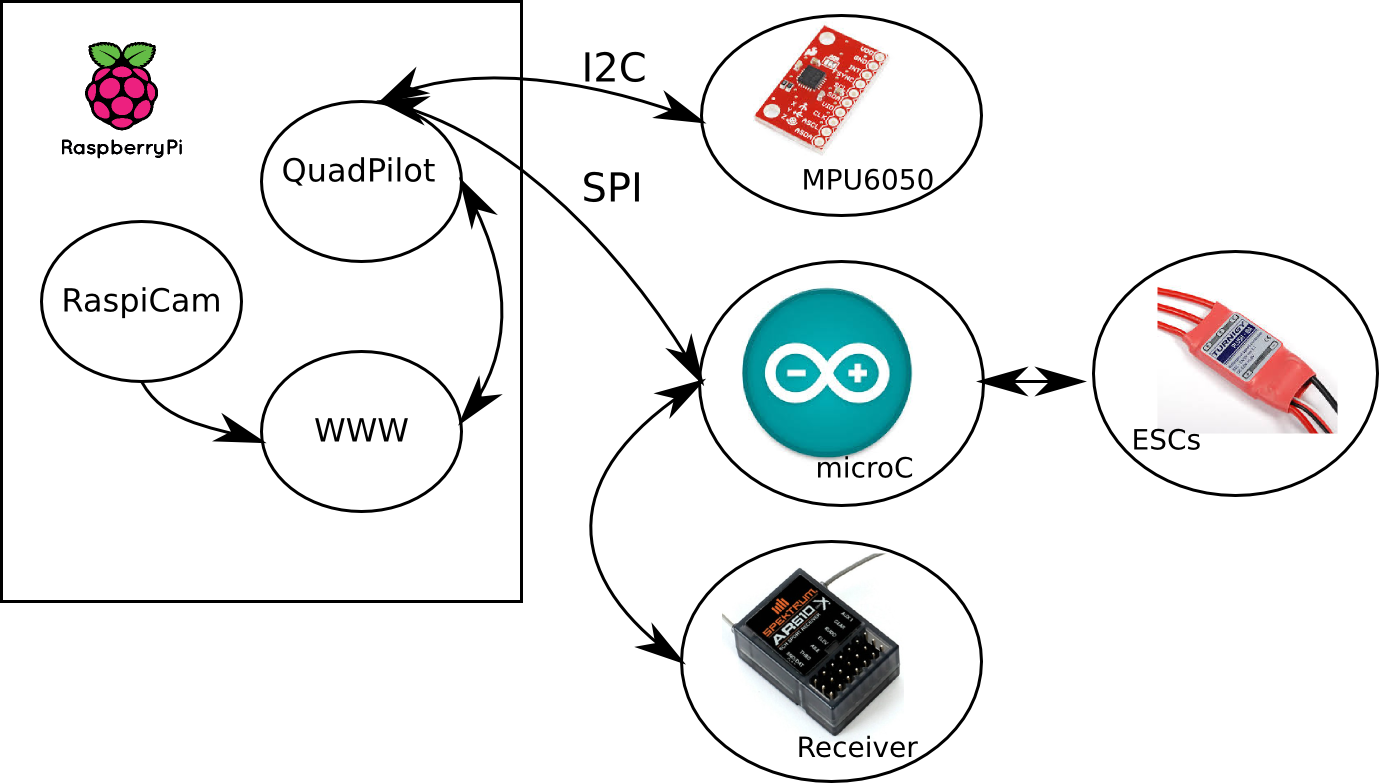