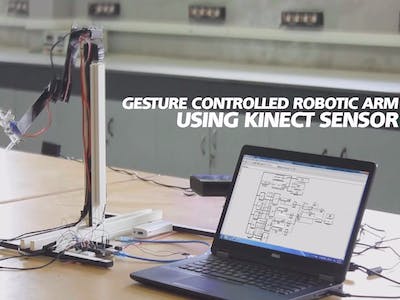 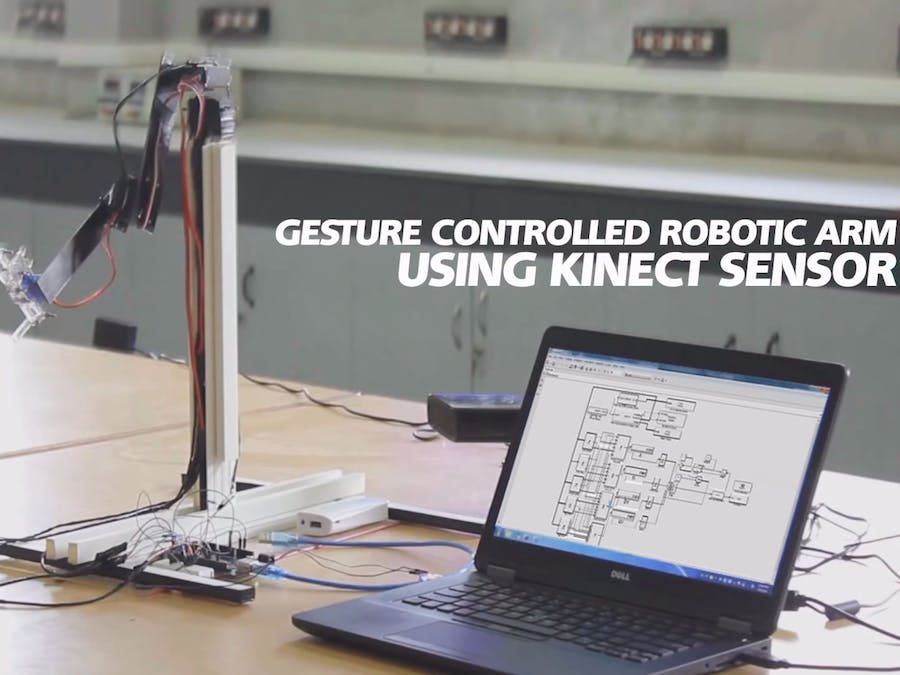 This is a Simulink model to control a robotic arm by gestures that are captured using a Kinect sensor. This robot arm is developed using servo motors that replicate the right arm shoulder, elbow and hand movements.

Simulink Support for Kinect consists of IMAQ, Image, IR, Depth, Motion and Skeleton blocks to achieve real-time image data acquisition from Kinect devices such as Microsoft Kinect or ASUS Xtion PRO under Simulink simulation environment. It works with 32bit/64bit version of MATLAB R2010b or later in Windows 7 32bit/64bit and it requires the following 3rd party software:

For more detailed information, please refer to document in the zip file and help of the blocks.

The angle output from the Matlab Software is encypted. In the Arduino IDE, we have written a rogram to receive the angle data, decrypt it and send it to the servo motors.

Download
In the .ZIP, you can find the Simulink for Kinect Support developed by Takashi Chikamasa, Mathworks. Inside the "slkinect" folder, you can find the instruction on how to install the library file in Matlab.
Gesture%20Controlled%20Robotic%20Arm%20Using%20Matlab%20Simulink%20Support%20For%20Kinect.zip

Download
The data output (angle) from the matlab software is sent to the arduino via TTL device. The connection from the TTL - Arduino & Arduino - Servo motors are as shown in the diagram.

Download
This is the simulink model we have developed to aquire the data from kinect, convert xyz co-ordinates to angle, decrypt the data and send it to Arduino via Serial Communication. 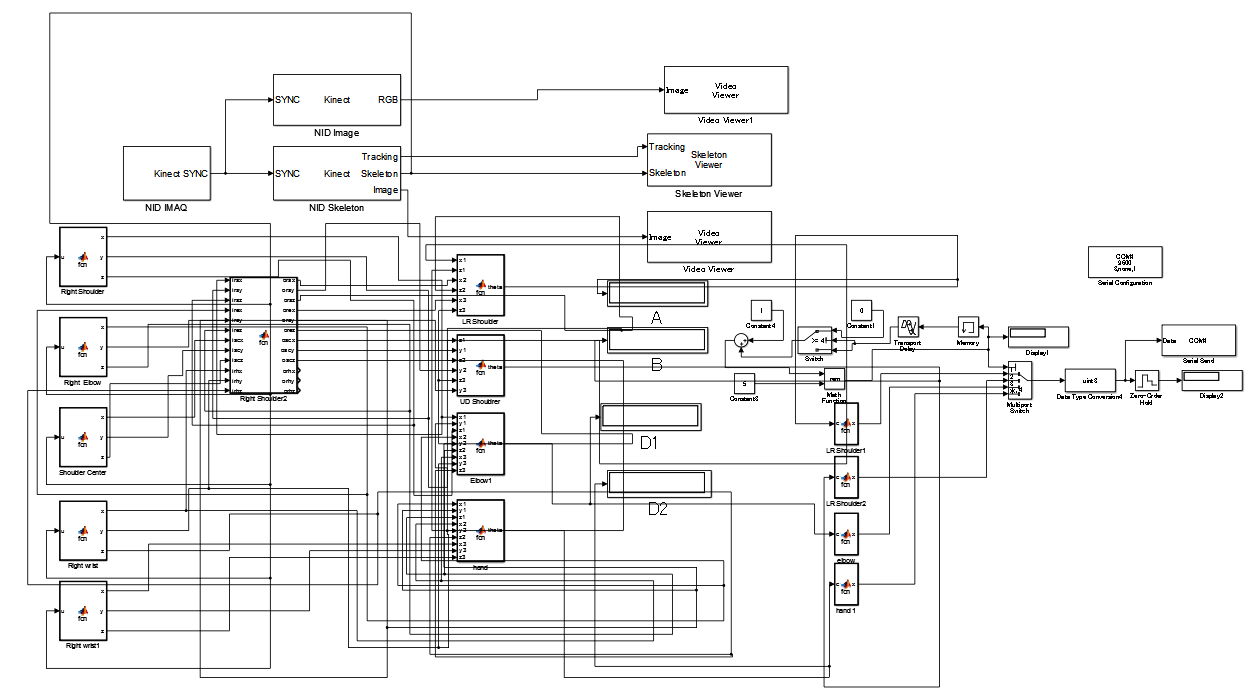 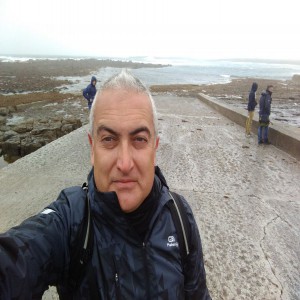 Robotic arm mimics human arm movement with MEMS and e-compass based and transmitted thru Bluetooth.