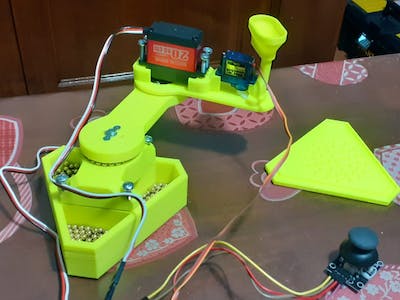 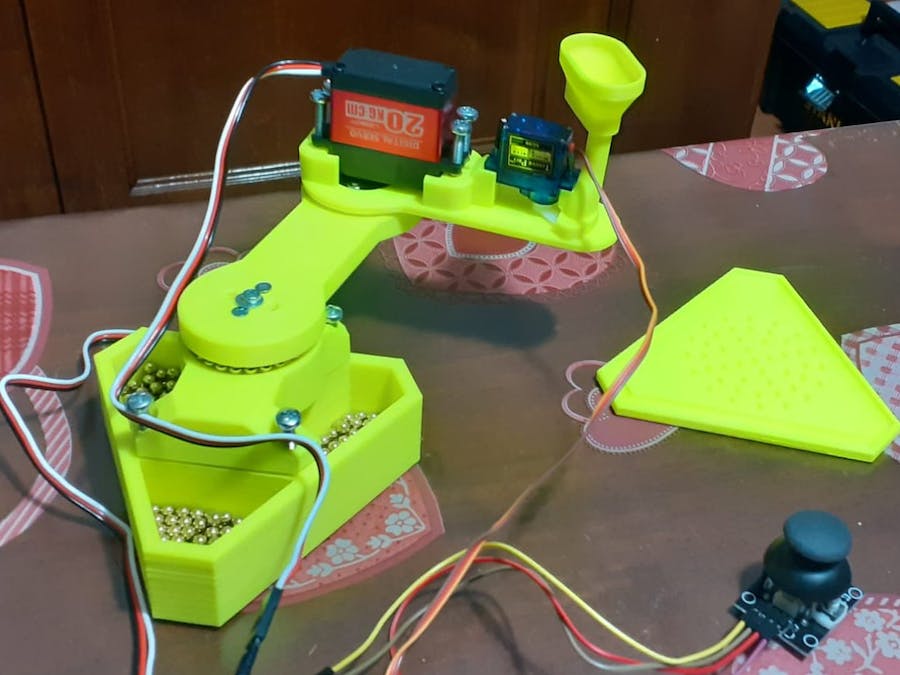 the steel ball) and a joystick (there are two potentiometers in it, each of them "drives" a servo).

We watched on the web and decided to make an "unusual" kind of robotic arm: the SCARA.

Assembling of the Parts

Assembling Hacks Probably the holes in the 3D printed parts will be too small for the heat inserts (it depends on their outer diameter, so it’s suggested to get inserts with a diameter of 3, 5mm), so you’ll have to drill the printed parts to let the holes reach the depth and the diameter of your inserts. In our case, flange’s holes were too small too so we had to drill with a 3mm drill bit.

It’s not hard to assembly all the parts of this Scara robot. These are the main steps:

1. 3D print the plastic components of the Scara ( we used a cartesian 3d printer) ;

2. Install the inserts (the easiest way is by heating them with a soldering iron);

4. Block the flange on the lower side of the “Arm” with four M3x15 screws and nuts (the nuts will stay between the servo and the flange). Then put a washer and a M3x15 screw in the hole in the middle;

7. Put the SG90 (upside down) on the supports of the dispenser, block it with hot glue;

This Scara’s operating process is quite easy. In the joystick there are two potentiometers (there is a button too, but we decided to use a separate one in this project) and in the entire mechanism of the robot there are three servos (two “big” and powerful ones and a smaller one), so we decided to drive each DS3218MG with a potentiometer and the other servo with the button: more specifically, every time a potentiometer reaches one of its ends, the servo will turn 5° right or left (depending on the side reached by the potentiometer) and every time the botton will be pushed, the smaller servo will drop a steel

This is the sketch wich you must load on your arduino board.

Download
This is how you must connect the elettronic parts. 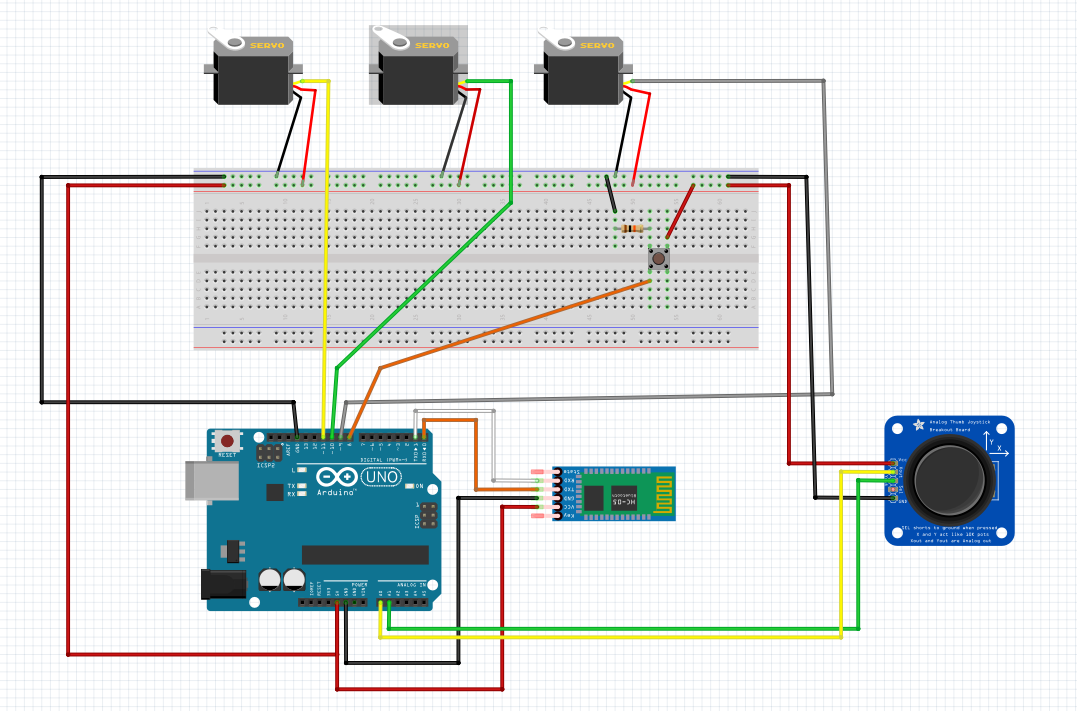 Control a servo motor hand with the power of a glove and DIY flex sensors!