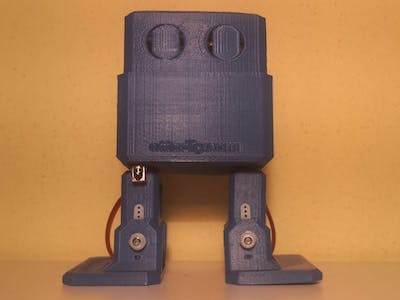 Otto Diy is a bipedal robot, driven by microcontrollers and controlled by a remote, able to walk and turn around. 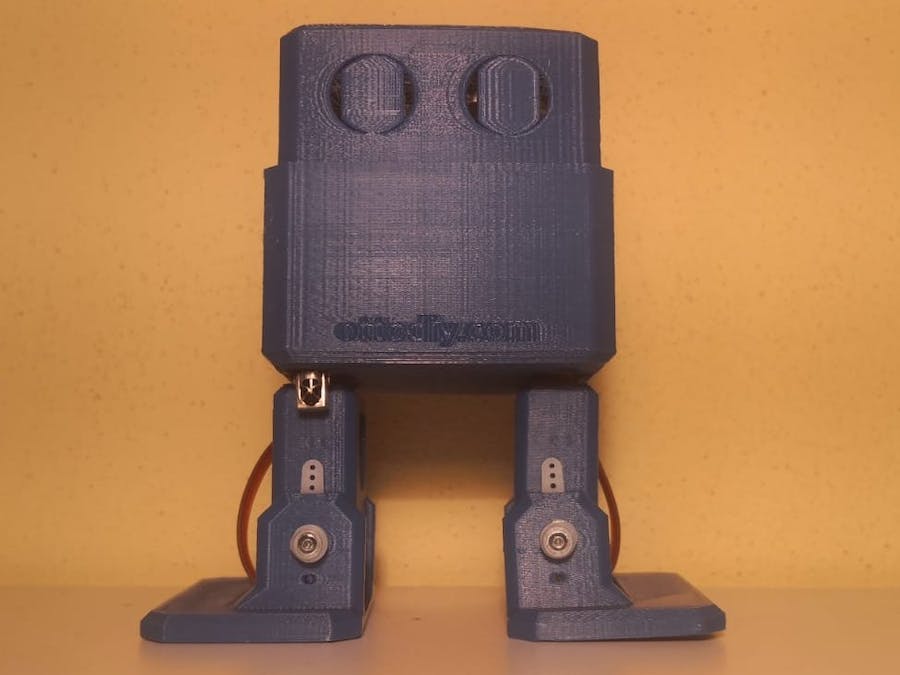 Otto Diy is a bipedal robot, driven by microcontrollers and controlled by a remote, able to walk and turn around.

microcontrollers and controlled by a remote, able to walk and turn around.

The machines and projects must include the following features:

• use an Arduino microcontroller board (UNO, Leonardo, 101);

• request at least the use of an input sensor;

• generate at least one output interfacing with the real world, which can be visual (LED, screens) or physical (moving motors);

• use at least one device not explained in class, it can be a sensor or a motor and its pilot card.

The project we decided to build is a toy bipedal robot (taking the "Otto DIY" open source project as an example) able to walk and turn around using an Arduino board which is controlled by IR signals sent by another Arduino board (which will work as a remote control).

The components necessary for the realization of the project are the following ones:

The printed pieces’ 3D drawing files were downloaded from the website “Thingiverse”, as “Otto DIY” is an open source project.

The servos and the IR receiver don’t require any resistance as it’s integrated in the components.

To make the robot’s wirings easier we mounted the Elegoo Nano on an expansion board.

To make the bipedal robot we used 2 microcontrollers.

The first one is an Elegoo Nano board connected to the joystick module and to the IR LED to assume the function of a remote control: it calculates the position of the joystick to understand where the robot has to go (so, which code has to be sent).

The second microcontroller is the “mind” of the robot: it controls the movements of the 4 servos based on the infrared signals received by the sensor. The operation of both devices are described in the following flowcharts.

To complete this project we had to deal with many problems and to learn how to solve them (for example, the Elegoo nano board didn’t have integrated connectors so, to make it work properly, we had to solder all the pins).

Other than that, we learned also how to work with components and technologies never studied before which was the main goal of the exercise.

This code is the Robot code, made on Arduino

This code is the Remote code, used for driving the Robot, made on Arduino.

The parts we used to assembly the robot.
CAD file on thingiverse.com

Download
This is the robot circuit, made on Tinkercad 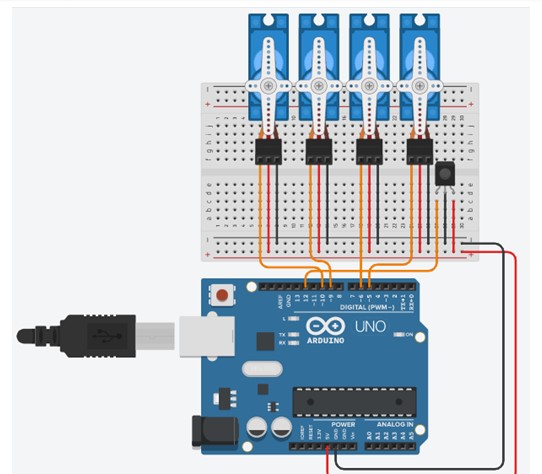 Download
this is the Remote circuit, made on Tinkercad 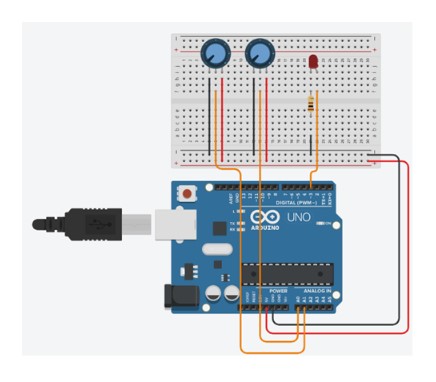