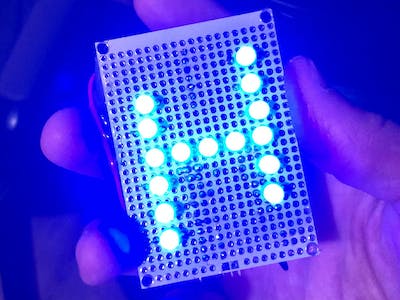 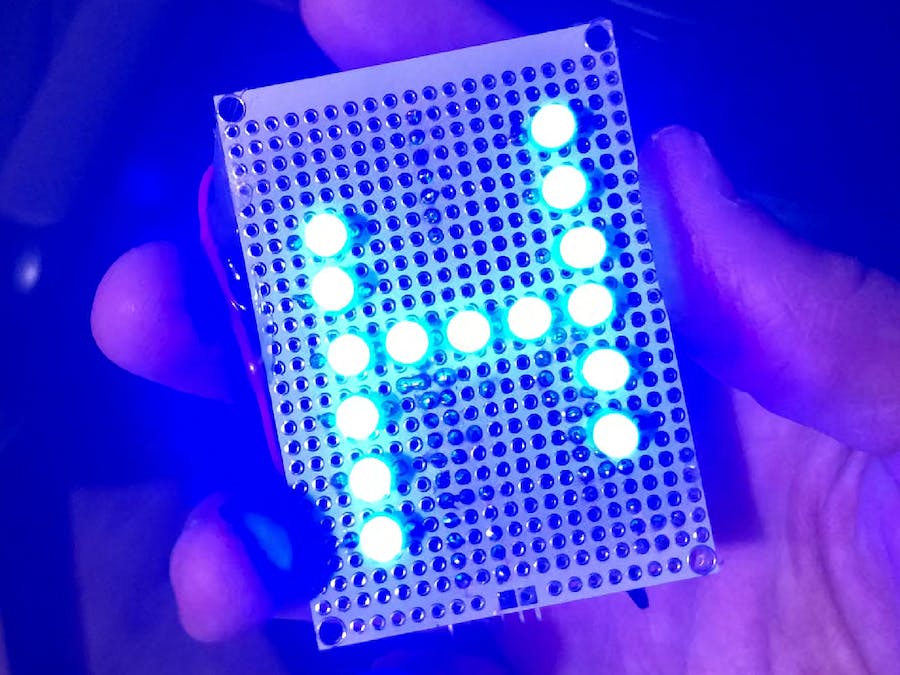 Beware flashing images in the video below:

First up thanks to Elegoo for sending me one of their Diffused and Clear Assorted LED packs!

I’ve been using the site Hackster for just over 2 years now, my first project uploaded to there was my Windows 98 Wrist Watch, I’ve also had some help from Elegoo recently with my Scorpion Robot Project.

I asked Elegoo for the above LED kit to make something with and review and I thought I could make a Hackster Badge with their logo on, as a thank you to them for spreading word about my projects as well as give Elegoo more attention to their awesome products!

The first part was to order the LED’s into the Hackster logo:

(except I did not use resistors):

Then I soldered in the Arduino, I had to use wires to get it connected to the board as the Arduino would not fit with pins over the wires:

Finally I hot glued on the battery holder and put a lot of hot glue over the wires to secure them:

And the final look of the front:

And finally adding on a pin to the back to make it a badge:

Once the badge was build and the soldering all finally done, I created code that would do a flashy animation to light up the logo and hold it for a while before repeating the animation.

As I hadn’t kept track of what LED’s were going to what pins I had to manually find the pins to LED’s and note them down:

Once I’d figured out the order to light the LED’s in the way I wanted I made the code which you can grab from my GitHub.

Beware flashing images in the video below:

Looks really good and super bright! I highly recommend the resistor kit from Elegoo – with 600 LED’s in the box it will be a while before I have to purchase any more.

In the video I say I’m not sure how long the batteries will last – I noticed on editing at some points the badge appears to be breaking the pattern, I think this is where the batteries are going and restarting the board.

I’m happy with this project and I hope that Elegoo and Hackster like it too!

The main takeaway from this for me is that I should plan wiring a bit better as well as note what pins go to what LED – for future projects this would make it easier for knowing what pins will light up from what digital output.

But the end result is a cool looking and bright wearable!

Let me know what you thought and see you next time.

A badge to flash LED and play tone with adjustable tempo/blink rate.

Great Scott! It's a Flux Capacitor powered by an ATtiny85.