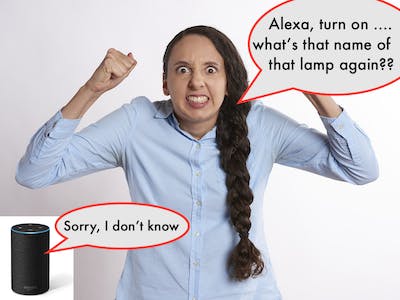 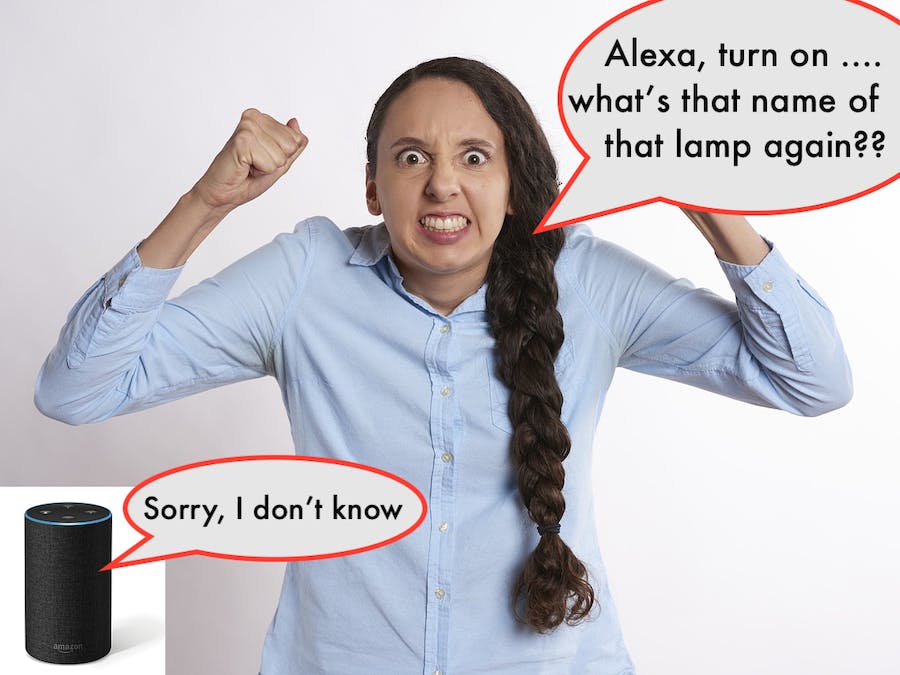 If you've owned an Alexa or any smart speaker and have Smart Home integration, you've experienced this issue where you have to remember the name of the device to control. I have lots of smart home devices and sometimes remembering names of each one is tricky.

Sometimes I would say:

3 things will either happen:

My kids usually enjoy this command: "Alexa, turn on ALL the lights". And of course, the whole house will be lit up like a Christmas Tree. It's no fun when someone does that in the middle of the night!

How to do it

What if I can just say: Alexa, turn on this lamp?

Have Alexa detect where I'm at in proximity to the device. And it knows what I'm talking about... wouldn't this be a great idea?

Well, one possible solution is to mount a camera into my room and monitor movements and such. But that would be TOO CREEPY. I don't want cameras inside my home and do image recognition.

That's where Walabot comes in:

What is a Walabot?

Walabot is a programmable 3d sensor perfect for DIY electronics projects. Walabot is a new kind of 3D imaging sensor. It uses radio frequency (RFID) and will reveal all kinds of things hidden in the world around you. It is handheld, programmable and our SDK (software development kit) It contains a variety of imaging capabilities & our API will enable you to build your own custom applications for it.

It can keep track of movements using RFID.

This setup makes LattePanda ideal for a number of scenarios. In this tutorial will focus on the advantages of LattePanda’s integrated microcontroller. When this microcontroller is used in conjunction with the Intel Atom processor, you can connect the walabot and arduino together.

Node-Red is a browser based tool to let you quickly and easily construct your own logic of handling various IoT devices, including subscribing the TCP messages, listening to Alexa requests, reading and writing to Databases, publishing to MQTT brokers and responding to HTTP requests. It also allows you to define specific functions written in JavaScript to provide complex logic operations, while using a visual, easy to use, drag-and-drop user interface to link different components and logic together.

Node-Red is a very light weighted run time built on top of Node.js, taking full advantage of its event-driven, non-blocking model of operation.

If we can have Walabot data plug into Node-Red, it opens up a lot of things we can do especially in Home Automation. There are few packages I used to connect Alexa and Arduino:

Here are some documentation you can use to setup firmata: https://nodered.org/docs/hardware/arduino.html

Step 3. Set up the Arduino

1. Open Arduino. And select the “StandardFirmata”

Connect the relays to the LattePanda.

If you're not familiar with NodeJS and node-red here are some links:

Step 6. Here's the repository for the project: https://github.com/rondagdag/smart3DSensorForAlexa

Step 7. Make sure that you're on the same wifi and enabled the Smart Home Skills on your Alexa App. Say: 'Alexa, discover devices'. Alexa would find the Lamp. If you want to see the Node-Red flows and modify it: http://localhost:8080/red/

You can now connect it to different pin on Arduino Pins in LattePanda. Or connect it with MQTT or other Node-Red modules.

Here's the Walabot Python code. It reads the data from Walabot and streams a JSON string via TCP.

This will receive data from port 1890, parse the json data to set global variables accordingly.

Here's the code to convert to json array

In order to handle Alexa commands, we're using the node-red-contrib-alexa-local. Then we would detect on this logic which one to route command based from last known position of the person.

If this project made you interested in learning more about Amazon Echo, Walabot, LattePanda, Node-Red, Python, or you're just having an awesome day, just click the 'Respect project' button and follow me. if this helped you build a project, leave a message and give us feedback. I want to hear how this project helped you.

Note that there is no actual custom Alexa Skill being used for this project, it uses the built in Amazon Echo smart home functionality which out of the box controls Phillips Hue bulbs. The node-red-contrib-alexa-local node in Node-Red just spoofs any custom "Bulbs" you want to control with Alexa!

Enables any of your lights/lamps to be powered by Alexa.

An Alexa app that tells you if your kids are up by using Walabot to uncreeply track them, then possibly wake them up or tell them to sleep.

Alexa: Are the Kids Up?