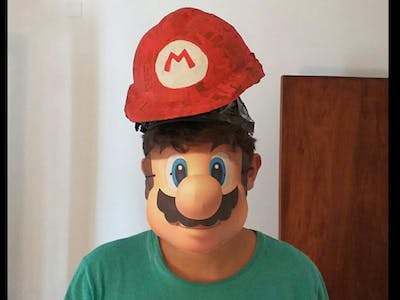 Isn't it cool when Mario throws Cappy in Odyssey? Well, I made it in real life. 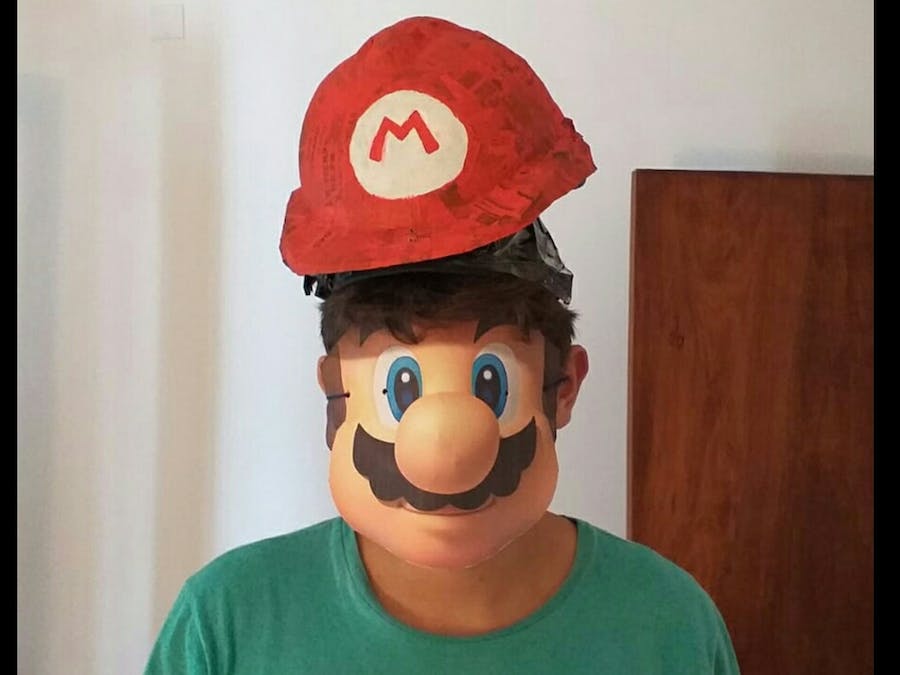 Isn't it cool when Mario throws Cappy in Odyssey? Well, I made it in real life.

First of all, sorry for possible texting errors (Im not a native english speaker)

In this project, I proposed myself to create Cappy, from Super Mario Odyssey. I thought it would be a simple and fun first individual project. My principle was that if I attached a string to a motor and at the other end to a cap, when I strarted the motor the cap would spin around it. So, if I managed to put a contraption like that at the top of my head, the cap would spin around me, just like in the game.

After various tests, this is the end result (For more videos be sure to check out my Instagram as @alguienmuyrobotico):

It ended up having two motors, one responsible for the spinning part and the other one for the pulley. In conjunction, this two allow me to do both the sipinning attack and the normal attack. To detect when the cap is on my head and when not, I used an IR light sensor with a white superface in the bottom of the cap (this aproach would later pressent some issues). I started prototyping with an Arduino UNO board, but then changed it for an Arduino Nano. I also initially used a 9v battery, that I ended up upgrading later too. To mount it all on my head I purchased a helmet and snapped off the inner part from the plastic shell (That part would also turn out to be very usefull).

In this attack the cap starts spinning around you, then the pulley extends so the cap gets further away from you, then it retracts and finally the other motor stops spinning. This was the principal feature of this contraption, and ended up being also the most complicated. My first problem emerged as soon as I attached the cap to the string; the motor, probably too small for this task, couldn't spinn a real cap or even a paper one, so I added two more batteries (AA, 1.2v each), this time really pushing the 6v limit of the motors. I also replaced the Arduino UNO for an Arduino Nano to reduce the weight a little bit and to make space for the extra batteries. After all of that and tons of testing it finally worked, and I moved on to the next feature.

This attack starts with the pulley fully extended, after a delay it moves one motor a litte bit as a signal for you to throw the cap, and then it retracts it at maximum speed. This part was considerably easier than the previous one, an went with almost no cassualties. The principal thing was to get the timings just right, but nothing else. I also by this point made a nicer looking cap with diary paper and glue, using the shell of the helmet as a mold and replaced the whool cord for a sintetic one.

To finish up this project, I programed sequence whit both attacks triggered by the IR light sensor (a simple 4 state state machine). So the sequence goes like this:

There is an issue with the sensor and it´s that it detects different values depending on the light level of the ambient, so the program and the bottom of the cap must be changed depending if you are indoors or outdoors. I didn´t solve this problem, by this point I just wanted to finish it.

Hope that you finded this instresting, thanks for reading.

This is the entire code, if you want to make this project by yourself.

Download
This is the entire circuit. If you have the specified driver you wont have to do all the mess with two drivers. You might have to make some changes if you use 1.5v batteries instead of 1.2v, couse the driver only supports up to 12v before you have to power it with aditional 5v for the inner circuitry, but you can probably figure that out. 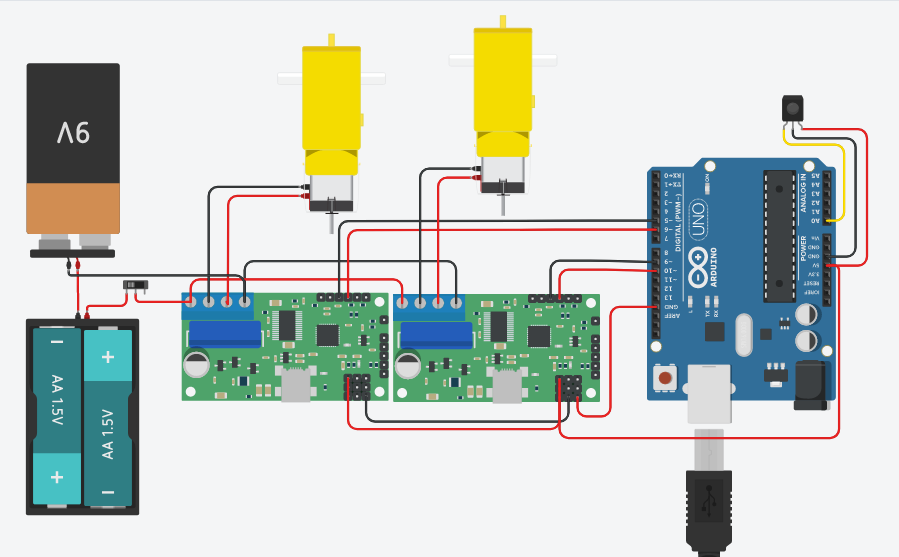 How to Make Arduino Sumo Robot

Simple Remote made with Arduino, for people like my wife who gets dizzy when they see a remote. Only 2 knobs: volume, channel and off/on.

Hack your existing skateboard with Arduino to create a responsive VR controller for a truly immersive experience in your living room!

You can flash your ESP-01 and esp-201 (Maybe work with other models) with Arduino IDE and upload any other firmware with ESP flash tools.