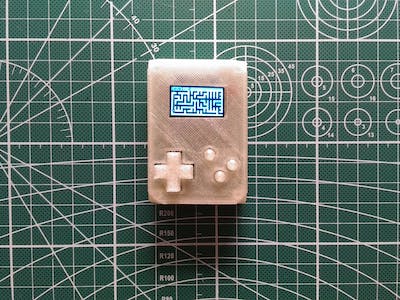 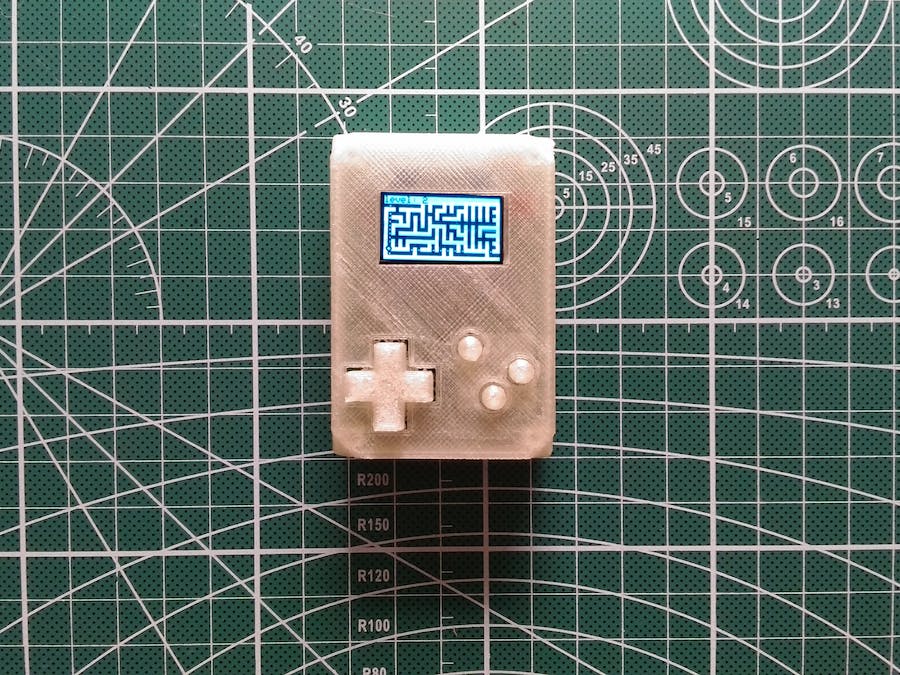 Welcome to my first tutorial!

The project I want to share with you today is Arduino maze game, which became a pocket console as capable as Arduboy and similar Arduino based consoles. It can be flashed with my (or your) future games thanks to exposed ICSP header.

I had an idea few months ago to build a maze game on Arduino, but without hard-coded set of mazes. It should be able to generate a new maze for each level you are playing, so you never see the same maze again :)

Coding this was a bit of a challenge, since Arduino is limited in RAM memory, and then I found few examples how this can be done with simple Bo-Taoshi algorithm.

My starting point was with a small breadboard with only 4 buttons connected to move through maze, but later when I decided it should be a game console I added a few more buttons. On larger breadboard you can see 2 more buttons, and later I added a third one to be used as start/pause/menu button

Connecting components as shown in diagram above.

Open in Arduino IDE and upload to your board or use ISP programmer to program your chip.

I recommend using USBTIny ISP, never had problems with it :) but you can also use ordinary Arduino to program your chip.

In my case I did not use external crystal, so my Atmega328p chip works on internal oscillator which is 8MhZ.

Step 5: See It in Action

If you want to make this project permanent, with a nice looking case, here is the simple 3D printable case I designed: https://www.thingiverse.com/thing:2851100

In the pictures above you can see how all components are laid out on the 4x6 prototype PCB.

Most button wiring goes under the battery holders, try to make it as plain as possible, so battery holders can have relatively flush fit above the board with wires inbetween.

ICSP header is optional, and if you decide not to expose it, it will make your assembly much easier, 6 connections less to take care of, but program the chip first before you solder it, or use 28 pin DIP socket so you can easily remove the chip for programming. 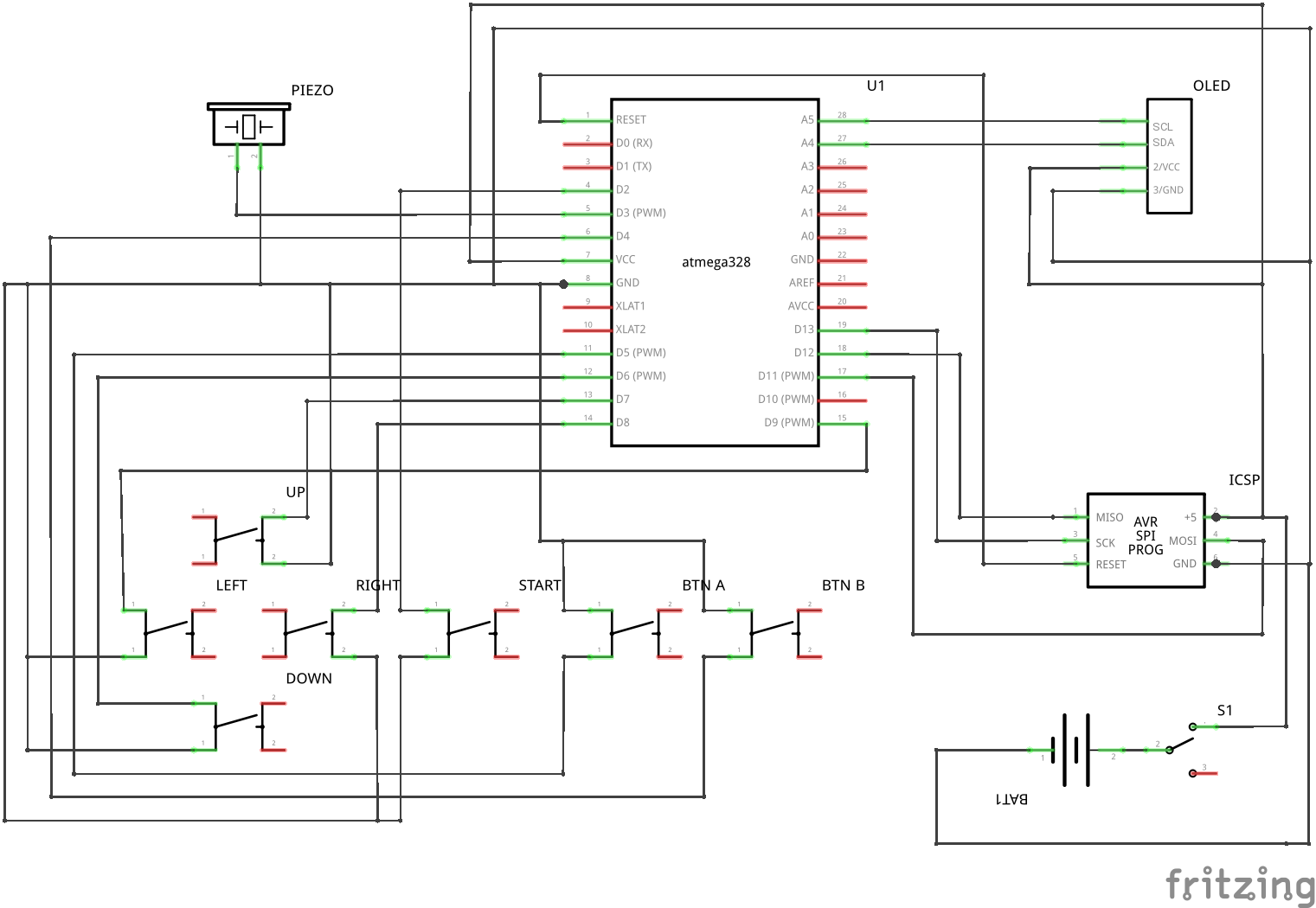 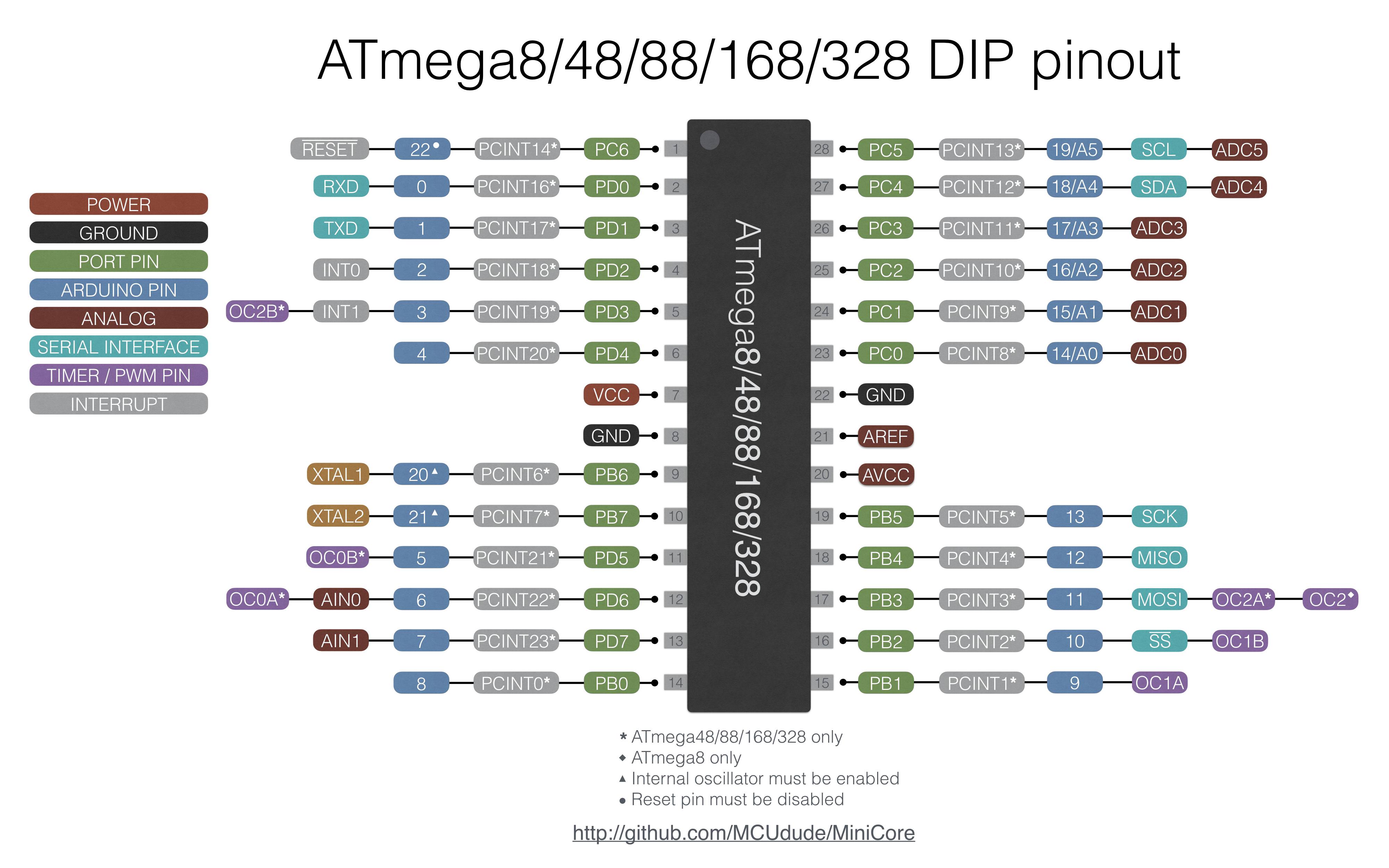 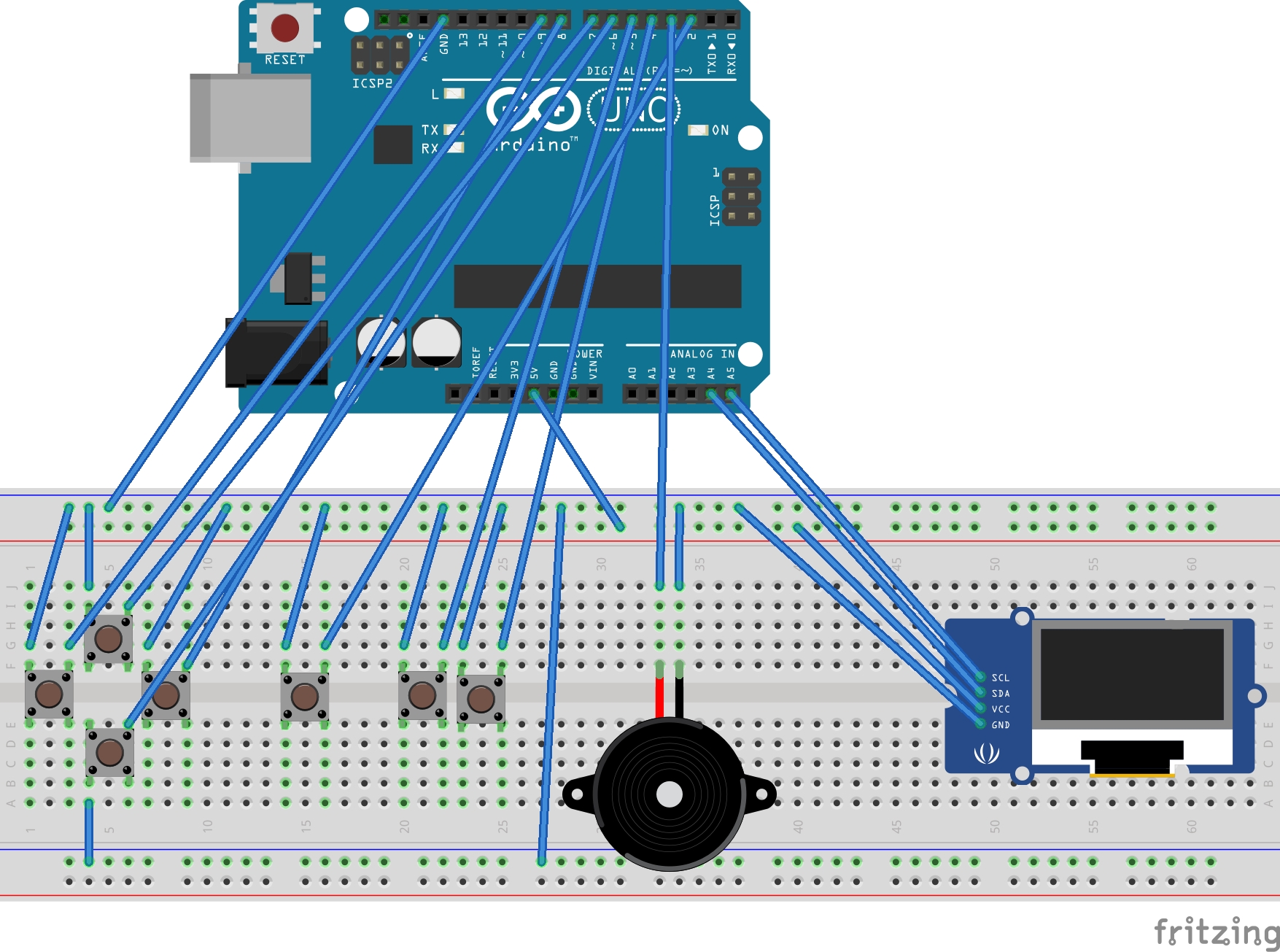 A retro game console. Play Tennis for Two or Breakout, or even make your own game.

Made my own version of Arduboy, from breadboard to printed circuit board!

Convert an Arduino Nano into a retro games console.