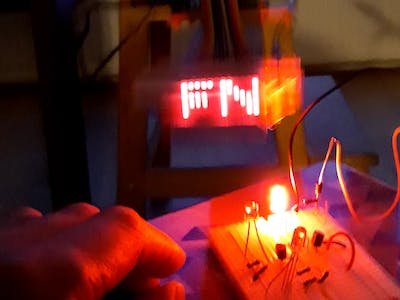 An ultra flat screen built out of single row of LEDs. 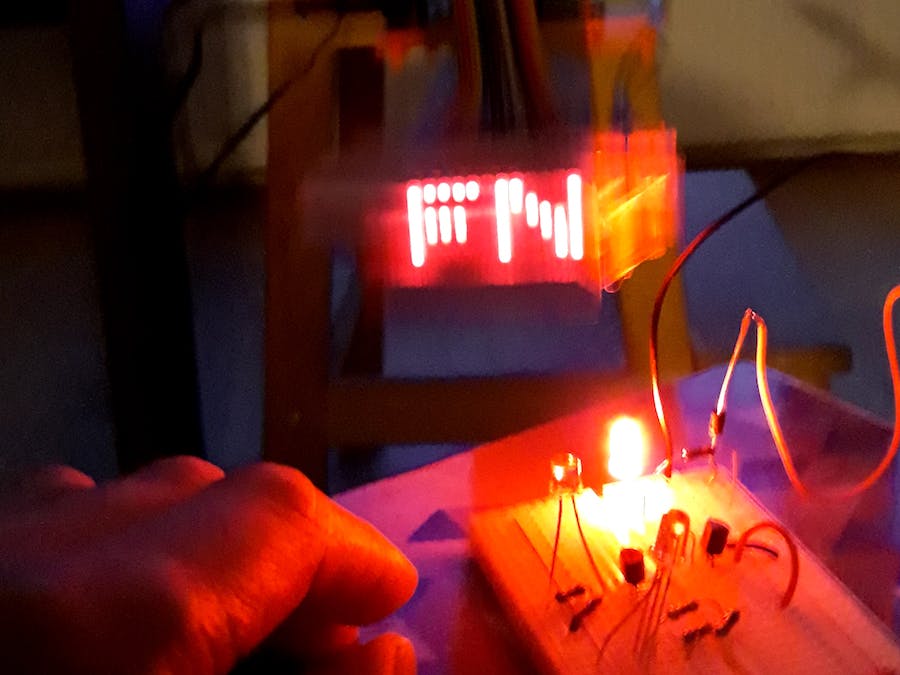 An ultra flat screen built out of single row of LEDs.

An LED screen with just one row of LEDs based on persistence of view.

The idea behind this project is that a moving row of LEDs may serve as a screen. If the row of LEDs is mounted on a spring, the row will move up and down on the resonance frequency of the mass/spring system. To produce a figure or a message, the individual LEDs in the LED row should shut on and off depending on the position of the LED row. This position will be measured by a phototransistor placed on the LED row, that receives light from a stationary light source (another LED). If the phototransistor is close to the light source, the current through the transistor will be high, if the phototransistor is far from the light source, the current will be low.

The quality is not great, but it works!

Sends message to row of LEDs mounted on a spring.

Download
Mount row of LEDs on a spring. It will produce 2 dimensional pictures. 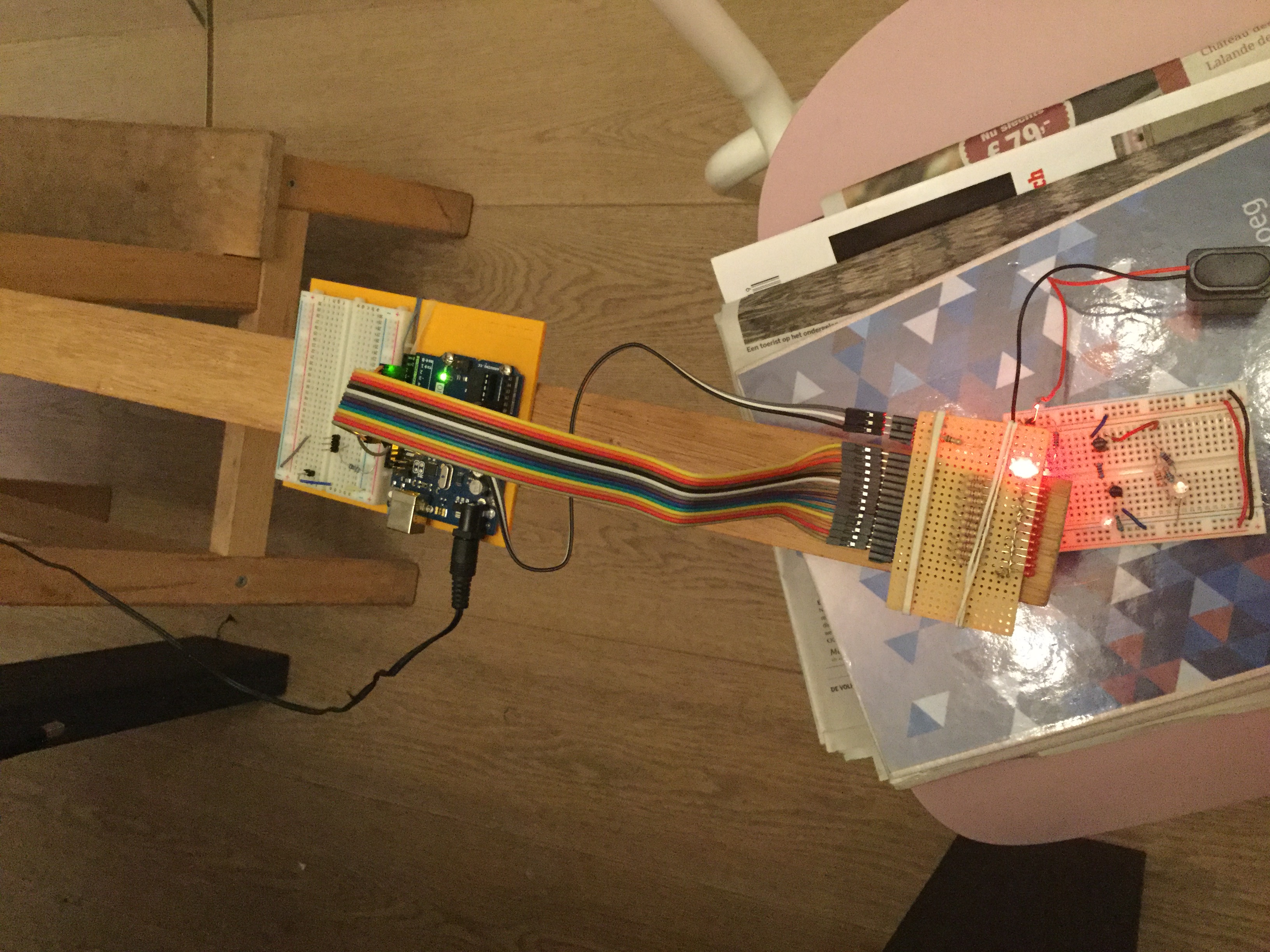