This tutorial will cover all the details that are required to create your own app for Windows phone to connect with the Arduino.

Build a Windows App to Control Your Arduino!

Build a Windows App to Control Your Arduino! © GPL3+

This tutorial will cover all the details that are required to create your own app for Windows phone to connect with the Arduino.

Today we'll be discussing about a very interesting topic "Communicating an Arduino from a Windows 8 Phone". In my next tutorial, I shall be discussing how to establish communication much easily between a Windows 10 phone and an Arduino. Well, for makers using superior development boards can use the same technology to communicate it with their Edison or Galileo boards (@Intel).

Let's begin with our expedition.

We'll design a cool mobile application (BETA-version) and see the methodology behind the communication process. The User Interface will be very simple. You can modify the source code accordingly and communicate with as many devices as you need.

Kindly go through the flow chart below for understanding the basic flow of communication happening within the system.

Need of a Mobile App

The first and foremost reason behind the development of a mobile application is the miniaturization of the interface and ease of controlling large systems by a simple hand-held device, which is inbuilt into your mobile phones!

In this current tutorial we'll try to establish communication using the most economical mode, viz. via Bluetooth. Later, in my future tutorials we'll see amazing capabilities of communication via WiFi.

For this project, we shall use HC-05 module. For makers who have HC-06 module, rest assured this tutorial will be equally beneficial.

Why am I saying so?

Well, you might face certain issues while communicating with your HC-06 module. We'll be be discussing some of them and try to analyse which one is better HC-06 or HC05 at later stages of this tutorial.

Our main course of action is to establish the communication between the two devices. After establishing the connection, the story is the same. The exchange of characters serially will initiate the execution of commands.

For controlling the Arduino, we need an app that will first establish the connection and then communicate serially using the Bluetooth protocol. Here I am using Windows Phone 8.0.

Before hitting the code, let's first get an idea about what we are actually up to. Windows Phone 8.0 basically can have one of the following two types of scenarios.

In this article, we shall see the working of App-to-Device communication.

First create a new project in Visual Studio under Windows Phone apps development. Name it powerup. You can name anything though. Now as usual before going into the main code, we need to create a user interface.

Our UI will contain the following items:

This  basic UI version will serve the purpose. You can edit it by adding button and background colors as per your choice.

Our next course of action is to create click event handlers for our buttons since they will have some specific actions. Just double-click on the buttons and the event handlers will be automatically created. The code  for the grid control where all the controls are placed has been uploaded at the end of this article [Code for designing the UI for POWERUP application].

Since, our UI part is ready, let's move on to MainPage.xaml.cs but before navigating there, we will add the class that would simplify the entire process. Go to the Solution Explorer and right-click on your project name. Then click on add and then on add new item. Now click on class and provide the name ConnectionManager.cs. This will include the main C# code and we will use this class to simplify the communication process. The downloadable file contains the class. Also we need to add this capability to our VMAppManifest.xaml:

Please note that the code for ConnectionManager.cs has been extracted from an article in the Nokia developer group. The website has been deactivated after Nokia's acquisition by Microsoft.

Now let us write the code required for communication using ConnectionManager.cs. As specified earlier, the scenario will be app to device. For our app to work, we need to add our HC05 to the paired device. I won't be going into the in-depth level of Bluetooth communication.Much of the information can be obtained from https://msdn.microsoft.com/en-us/library/windows/apps/jj207007(v=vs.105).aspx.

SendCommand() is a method in the CommentionManager class that is used to send the command. Similarly we will add the events for the other button as well. The code is left for you to do, although the entire project is attached here. As a reference this will be the character for the buttons.

Now let's code for our connect and disconnect button. The connection will be established only and only if we have a name for the Bluetooth device. The name will be obtained from the TextBox named deviceName. In this TextBox, we will write the device name to be paired. By default it is HC06 for a HC06 device.

After we are connected, we can use the on and off button to switch on and off a LED. Let us see an overview of the entire process.

Ever thought why didn't we have a method for disconnect? The reason lies in the fact that when using the method OnNavigatedFrom we terminated the connection. Well, your Windows Phone app is ready. Now you need to test this app. But it won't work unless we apply some engineering skills to the Arduino part. So let's begin with the Arduino part.

Until now we have seen how to develop the Windows Phone app. This section will cover the hardware perspective of your Arduino project and also show the code for the Arduino written in the Arduino processor language.The Bluetooth communication can be accomplished using the hardware serial, but what will happen when it is used by another device such as a LCD driver? In that case, we need another communication point. For Arduino Mega, we have more than 1 hardware serials but we don't have that facility for Arduino Leonardo. That's the reason to try to this using the software serial of the Arduino.

The SoftwareSerial library has been developed to allow serial communication using the digital pins.

But here again we have some limitations.

The question may develop, what is the difference between HC05 and HC06?

The major difference between the two is that HC05 can send as well as receive signals, that is it can operate both in master as well as in slave mode. The module HC06 doesn't have the facility for the operation in master mode. That is, it can only receive signals. By sending and receiving signals I am specifically referring to the transfer via Bluetooth, not from the device to the Arduino.

That's it. Everything is done. Now, the following are some problems that may develop.

How to Run this System

Let's see the procedure involved to run this system:

Congratulations! Your entire Bluetooth-controlled Arduino by Windows Phone is ready.

Code for designing the UI for BLUE ARDUINO applicationXML

Copy this XAML code onto your Visual Studio editor.

No need to download/copy this code separately. Entire code has been uploaded separately in POWERUP.ZIP.
Refer to this code for reference purposes.

For any kind of assistance regarding the hardware or software setup of this project comment below.

Copy this code to your ArduinoIDE

The complete app can be downloaded and the user is granted permission to modify the application according to the needs of the project. For any kind of assistance regarding the hardware or software setup of this project comment below.
https://github.com/AritroMukherjee/POWERUP

Circuit diagram for the Bluetooth system

Download
Connect the hardware components as per the wiring diagram shown here. 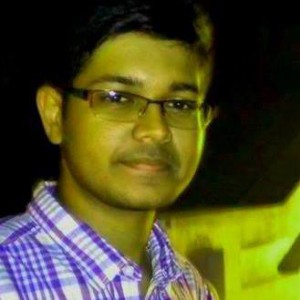 In this tutorial we're going to learn how to use Blynk app & Arduino in order to control a lamp; the combination will be through USB serial.