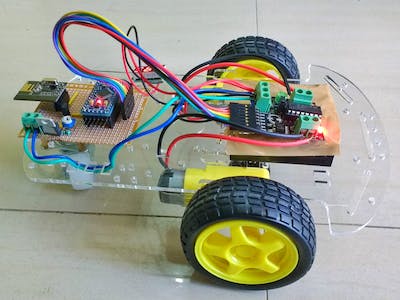 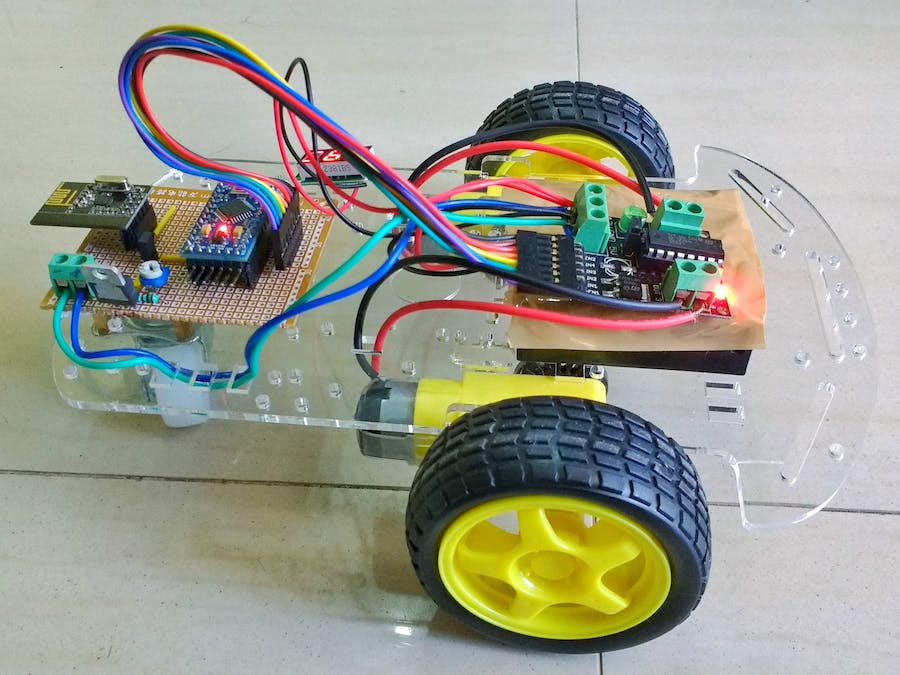 We all love playing with RC toy cars. In this mini project I will show you how I created a simple RC toy car using bunch of wheels, motors, Arduino and nRF24L01.

We have two main components in any RC toy car namely Remote and Toy car. First we will create remote following that we will get into details of toy car.

Have a look at small comprehensive video describing all steps needed to create RC toy car. Video does not contain explanation on nRF's working which I will cover later.

You can find code in code section.

Description: Before we proceed to construction of toy car, lets talk about nRF24L01. It is a single chip transciver operation in 2.4GHz ISM band. Its supply voltage range from 1.9 to 3.6V. It consumes 11.3mA TX at 0dbm output power and 13.5mA RX at 2Mbps air data rate. It has four different transmission power settings and three different data rate settings. It uses SPI as communication interface to micro-controllers.

Also attaching a video on how you can create simple wireless link using nRF24L01.

Description: It's mechanical hardware consist of chassis made out of acrylic sheet and components assembled on it using M3 nut/bolts which includes a universal wheel, two plastic wheels and two geared DC motor. On electronic side we have 3.3V arduino pro mini, nRF24L01 and 3.3V regulator assembled on a PCB. To drive motors I am using L293D motor driver. Four AA cells make power source for toy car.

Description: L293D is a quadruple half-H bridge driver. With proper data inputs each pair of drivers form a full-H bridge reversible drive suitable for motor applications. Pin diagram and functional table of L293D is attached in images, if EN is set to high output follows A pin. Functional block diagram is also attached. I used arrangement shown on left in toy car.

Code is available in code section

That's it folks. Thanks for reading.

Let me now if you make a toy car of your own. Thanks again. 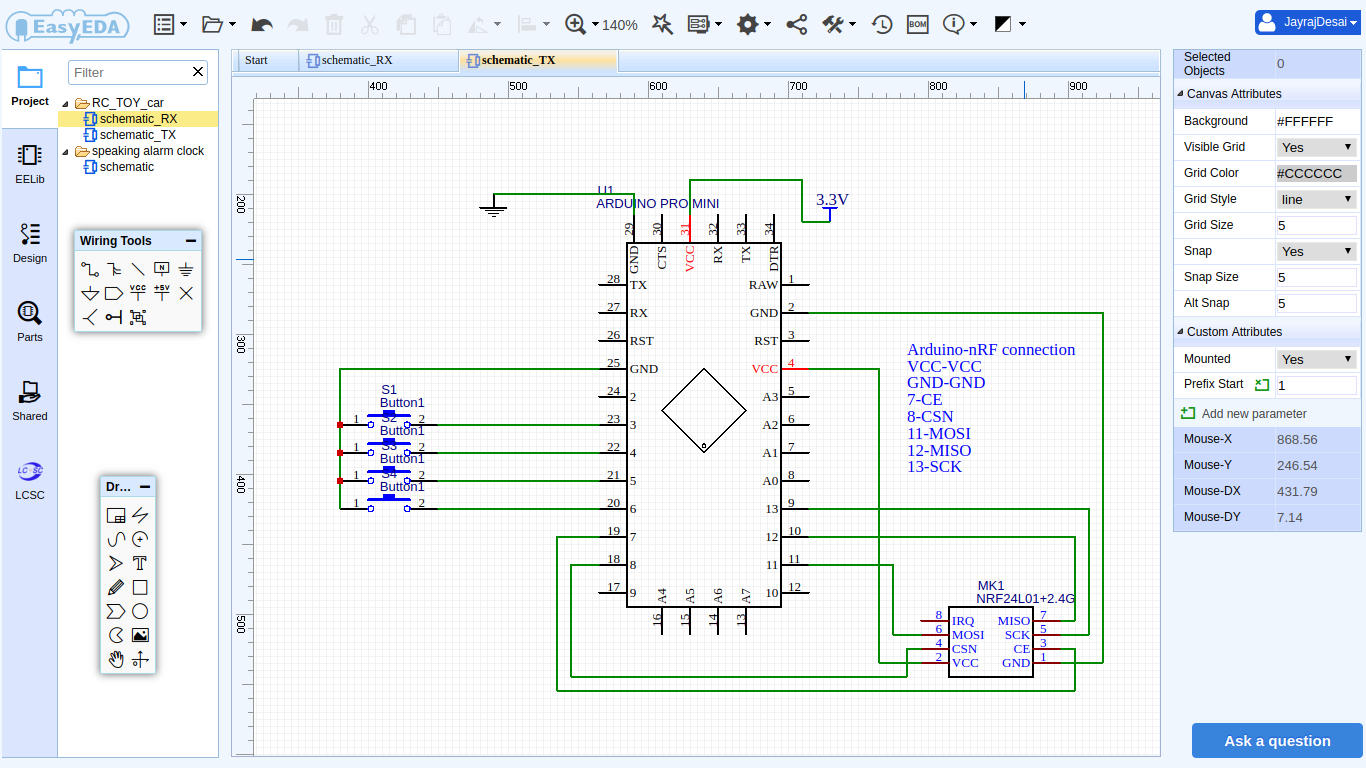 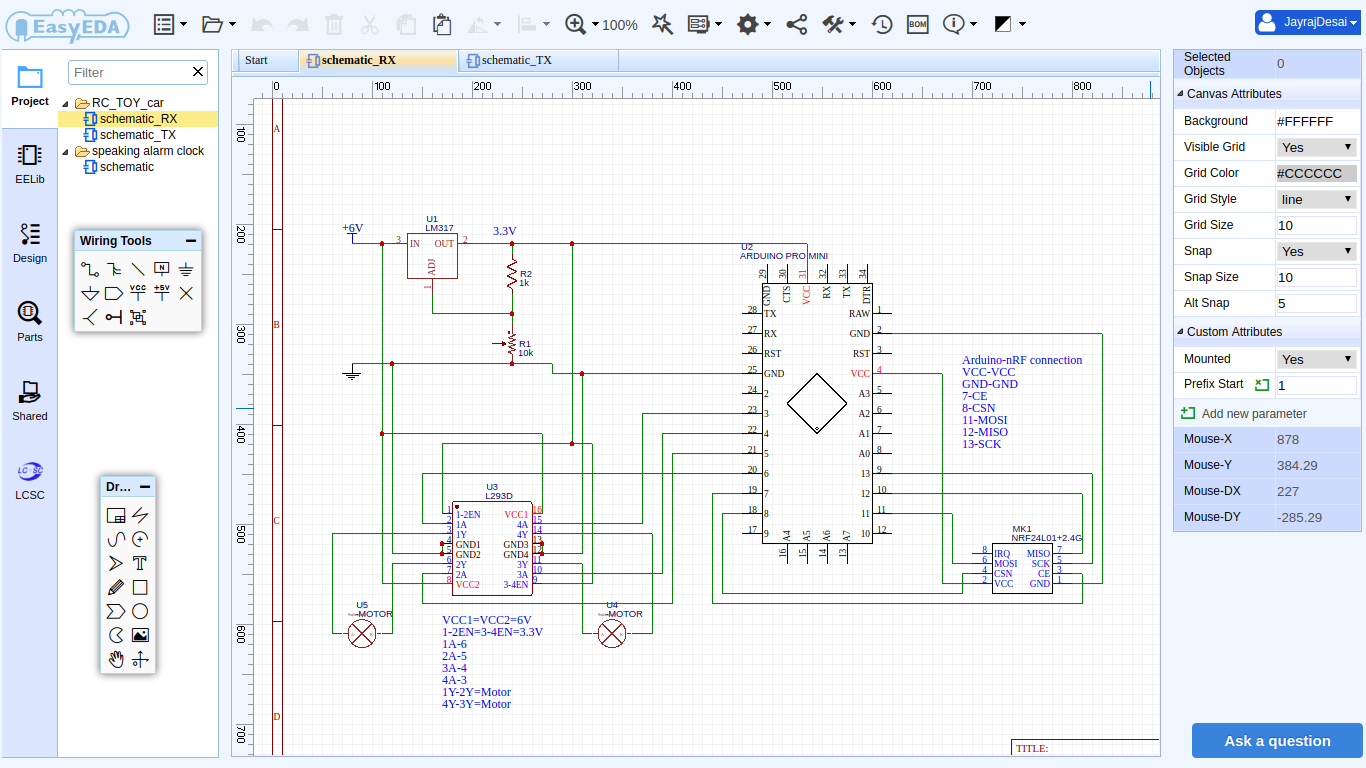 This is a project that will show you how to create a Wi-Fi controlled RC Car that will recharge wirelessly while it is parked.

An RC car controlled by an Android app over Bluetooth..