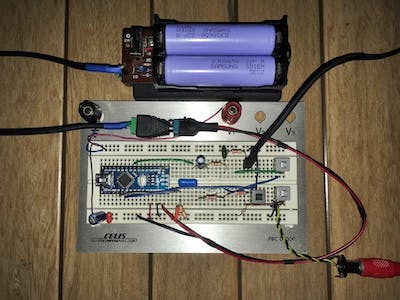 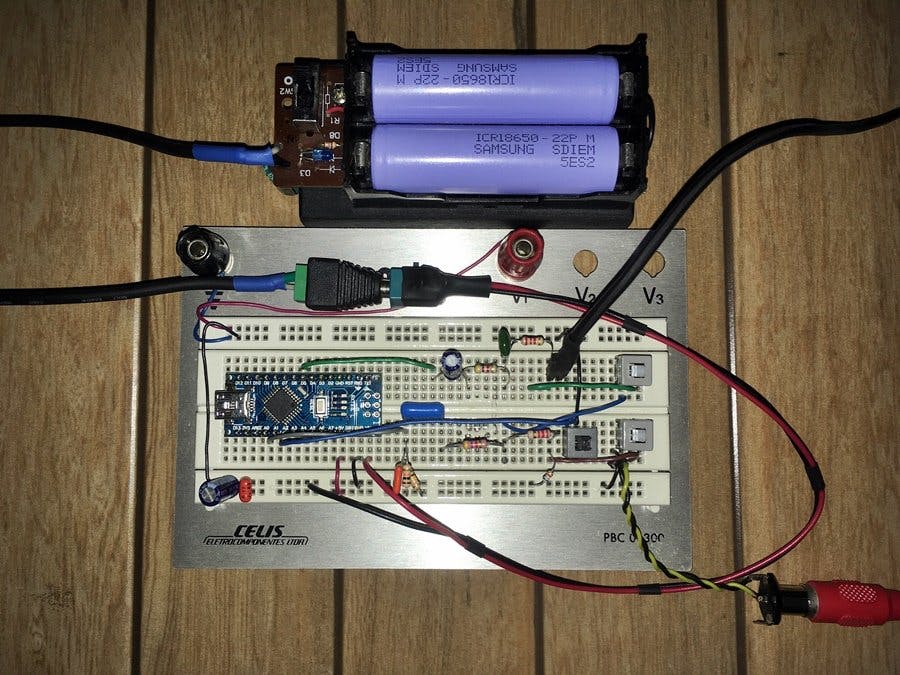 Tired of flashing LEDs and writing "Hello World" with Arduino? So let's go to something different ...

Since I started using Arduino in my projects, I have always been curious to use it in audio applications, because despite its limitations it has analog-to-digital and digital-to-analog converters, which allow you to do many interesting things in the field of audio.

During the end of last year I decided to put this into practice and wrote a code for the Arduino to be used as an effects module like Digital Delay, Echo, Bitcrusher LO-FI and Speech Reverse. So, here's the project.

The operation is analogous to the bucket brigade (BBD) principle used by the famous MN3005 integrated circuit, used in the classic analog pedals of the 70s and 80s.

The audio signal coming from a source, such as a tablet, cell phone, mp3 player, keyboard, mixer, guitar amplifier, etc. goes to the input of circuit and filtered by a capacitor and then applied to the analog pin A0 - 10Bit A/D converter, where it is sampled and converted to bytes (values ​​from 0 to 255). These bytes ​​are stored in Arduino's SRAM memory, through a 1900 bytes buffer (array), which forms a delay line for the original signal.

When this buffer is full, the first byte that entered (and the subsequent bytes) that are stored in the buffer are sent to the 8Bit D/A converter. The 8Bit D/A outputs the audio as PWM that is retrieved at pin D5 of the Arduino where is filtered by a capacitor and the reconstructed audio is ready to go to the output of circuit.

To improve the audio quality, I set the PWM frequency to ~64kHz and Timer 1 to ~16kHz, so we have a pratical sampling rate of ~6.3kHz.

A part of the output signal is applied to the input, creating a feedback, which is responsible for the echo repetitions. The output audio signal must be sent to the line input of an audio amplifier to be heard.

Load it to arduino in order to do it work 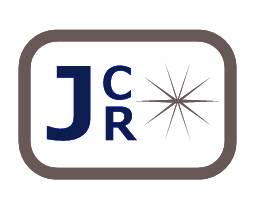 2 x 16-band audio spectrum analyzer with Arduino Nano and 2 x 16 chars LCD display. This project is based on Shajeeb's project.

This project is nothing more than an adaptation to the WS2812B led matrix of the original project based on MAX72xx published by Shajeeb.

This project is similar to my previous one but uses the FHT library which turns out to be at least 4 times faster than the FFT.