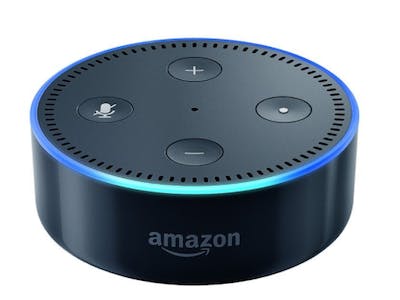 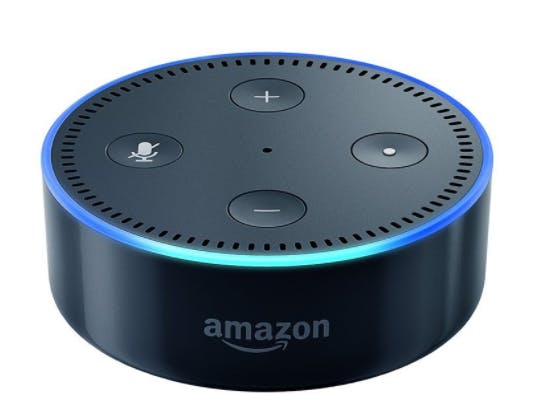 I have seen some other project with Alexa and I have wanted to play a little with it and so I have decided to buy one. But after I have ordered it I have found a good and useful application in my own house with Alexa!

The problem is in the entire room of the house. We are currently using a motion detector to turn on the light. But as you can see in the picture the location for the sensor isn't the best so sometimes it will not switch on the light. And also sometimes it detects our small dog also as a person which is at night quite annoying.

So I have decided to realize the hole thing with Alexa and an ESP8266 NodeMCU (ESP-12) – last but not least also a relay. The first test were made with a simple LED, this LED can be turned on with “Alexa Licht an!” which is German and says “Alexa Light on”.

So basically with the LED I have tested the hole thing at first. The LED will be turned on after 45 sec. It will be turned off again automatically or you can also say “Alexa Licht aus!”(“Alexa lights out”). Then I started to print a housing for the hole application (power supply/relay/ESP). Do not wonder the power supply is a little over-sized, but I had this as a leftover from another project ;)

If you want to have to CAD (stl-file) form the box please leave a comment. Then I have put everything together and installed it into one of the LED light housings.

While putting everything together I have also installed an “emergency switch” in case the WLAN goes down or so that I can still turn the lights on.--> also it is pretty good in case you want to have the lights turned on for more than 45 sec. If you search something or so.