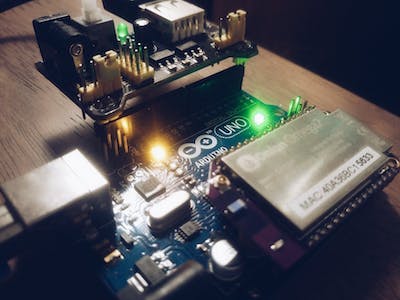 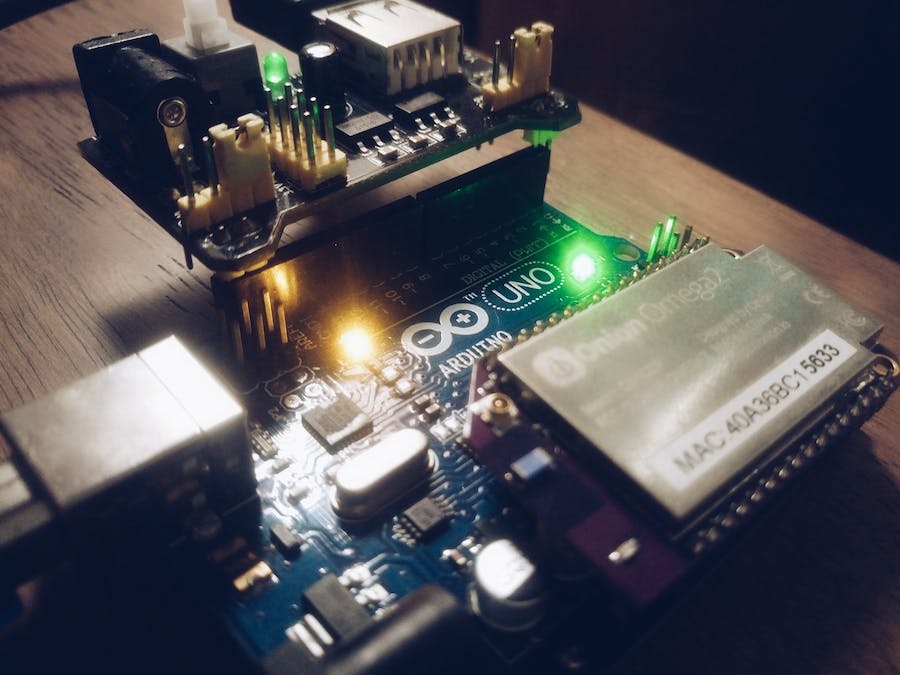 The UART connection provides two-way communication using three pins on the Omega: TXD (transmitting data from Omega) and RXD (receiving data from ATmega) and one for common ground.

In order to communicate between Omega and the ATmega, we use command line or python script to send and receive data on the Omega. On the ATmega side, we flash the micro-controller with a sketch to read and write data.

One important thing to note is the baud rate, which is the rate at which the data is transferred in bits per second. The baud rate can be varied but the Omega and the ATmega UART must be programmed to have the same baud rate.

However, when it comes to powering !, in the case of the Arduino Uno and Omega2, we will be using a 3.3v Power Supply, This is just to avoid damaging the Omega2, as the Omega2 it cannot tolerate anything above 3.3v as an input.

First we need to flash the arduino with a sketch that is programmed to communicate (read and/or write data) using serial communication on pins TX/RX .

We will use the Arduino serial library to send data back and forth. Here’s a very simple example sketch that will make the arduino continously send out “arduino”

Here is an example arduino program that will make the arduino continuously read from the Omega , Only after it reads the string “ArduinOnion”, it will send out the string “Received” to the Omega:

Here is some example Python code that will make the Omega continuously send “ArduinOnion” until it reads the response “Received” from the micro-controller. In order for this to work correctly, your micro-controller will have to be flashed with the example Serial sketch I've introduced above. 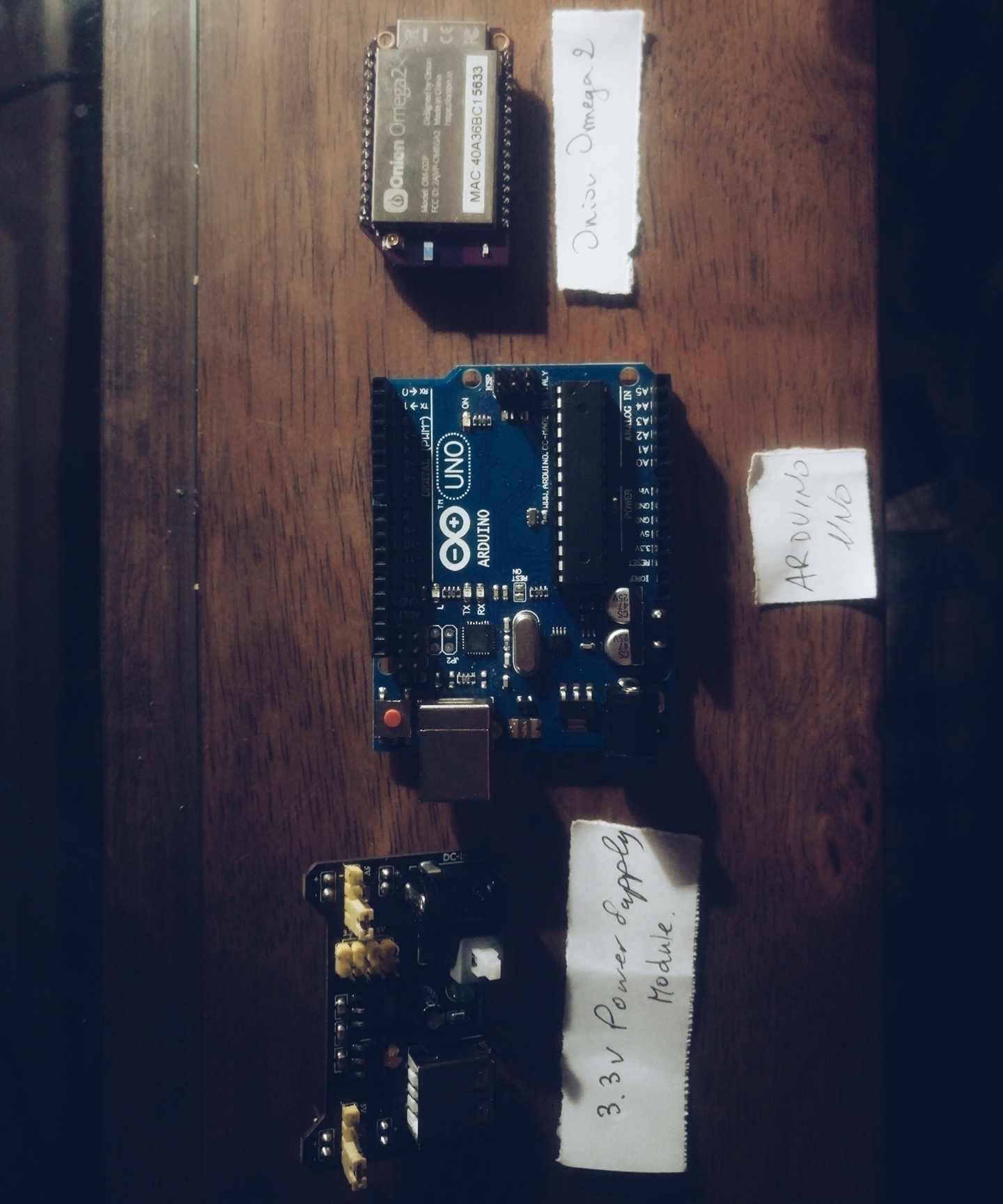 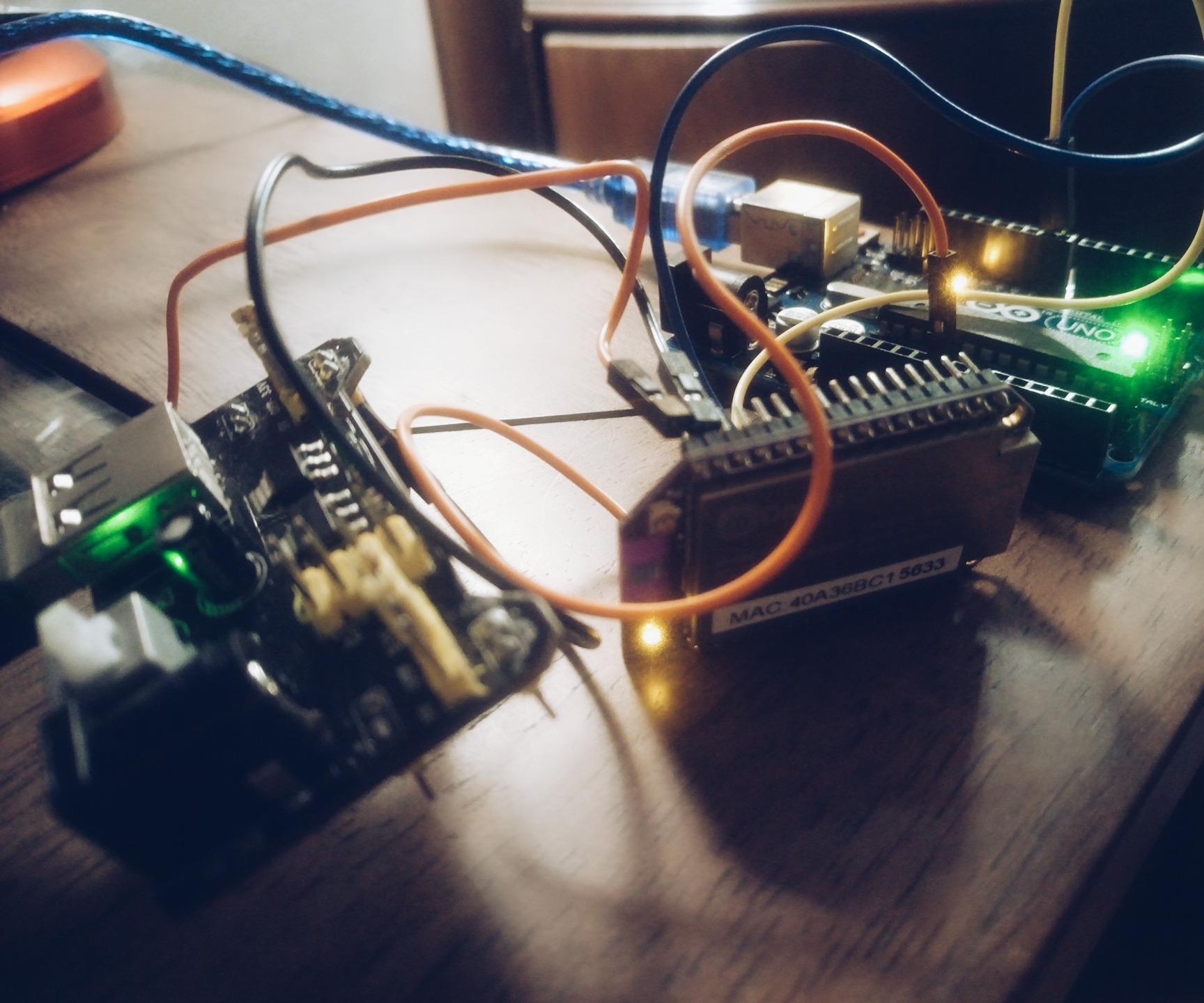 Recently I’m getting a lot of queries regarding XBee, In this tutorial, I'm going to show you how to interface XBee with Arduino.

This is a 3D printable backpack module using ATmega328 that includes an enclosure for all the components. It allows the LCD to be online.

16x2 LCD Backpack with Enclosure for the Onion Omega

Project in progress by Carlos Silva