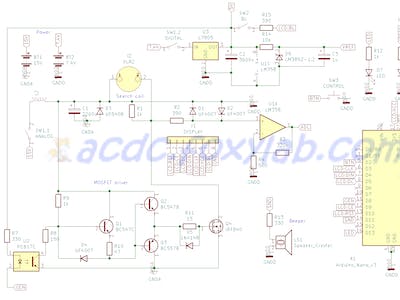 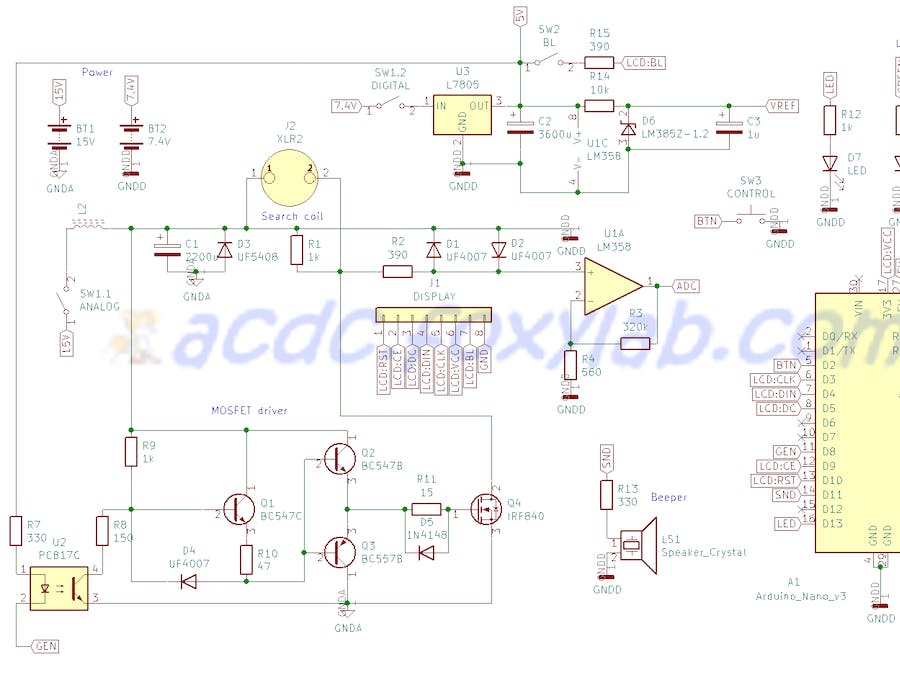 improved display of signal curves in test mode (through earlier reading of preset settings, including contrast)

small code optimization was performed to increase the stability of the metal detector;

added the ability to configure the guard interval using the GUARD item of the service menu;

added auto-tuning of levels 1 and 2 of the audiovisual indication in static mode;

integrated test mode (to activate, after switching on, hold the control button until the graph of the signal curve appears)

An example is small/normal/excessive contrast:

With a sharp decrease in the current in the search coil, its magnetic flux also decreases sharply. This phenomenon causes the occurrence of eddy currents in the target, penetrated by this magnetic flux. The resulting eddy currents counteract the reduction of the magnetic flux, which is manifested in a change in the voltage curve on the coil and is noticed by the device.

When a metal target object is detected, a sound signal of varying tonality sounds and LEDs light up. The signal changes in accordance with the dynamics (in dynamic mode) or the level (in static mode) of the received pulse.

When the detector is turned on, auto-balancing is performed.In the process of auto-balancing, the optimal initial delay and duration of the analyzed signal are estimated, and the dynamics of the signal (in dynamic mode) or signal level (in static mode) is evaluated. Also, balancing can be started/stopped during operation by pressing the control button. After the end of the auto-balancing, a short beep sounds and the “zero” value is displayed:

Using the button-controlled menu, you can configure the device parameters:

The double-pole switch with locking in the neutral position and the digital LED voltmeter allow you to determine the voltage of the uC/power battery in any mode of MD operation:

The detection range of targets in the "air" test in non-motion (in a motion a little less) mode:

(the test was carried out with the batteries discharged to 1.3 V , therefore, the data are understated)

Some results of the garden search with FoxyPI (after electrolytic cleaning):

During operation, the device should be located at a distance from working televisions, computers, power transformers, CFLs.

In test mode, the metal detector generates a current pulse with a duration of 150 μs in the search coil after switching on, and then it displays the received signal on the screen. Pressing a button generates a new impulse, etc.

Check "omnivities" MD to coils - a coil from the demagnetization loop (from old TV) (it works well, although the sensitivity is reduced): 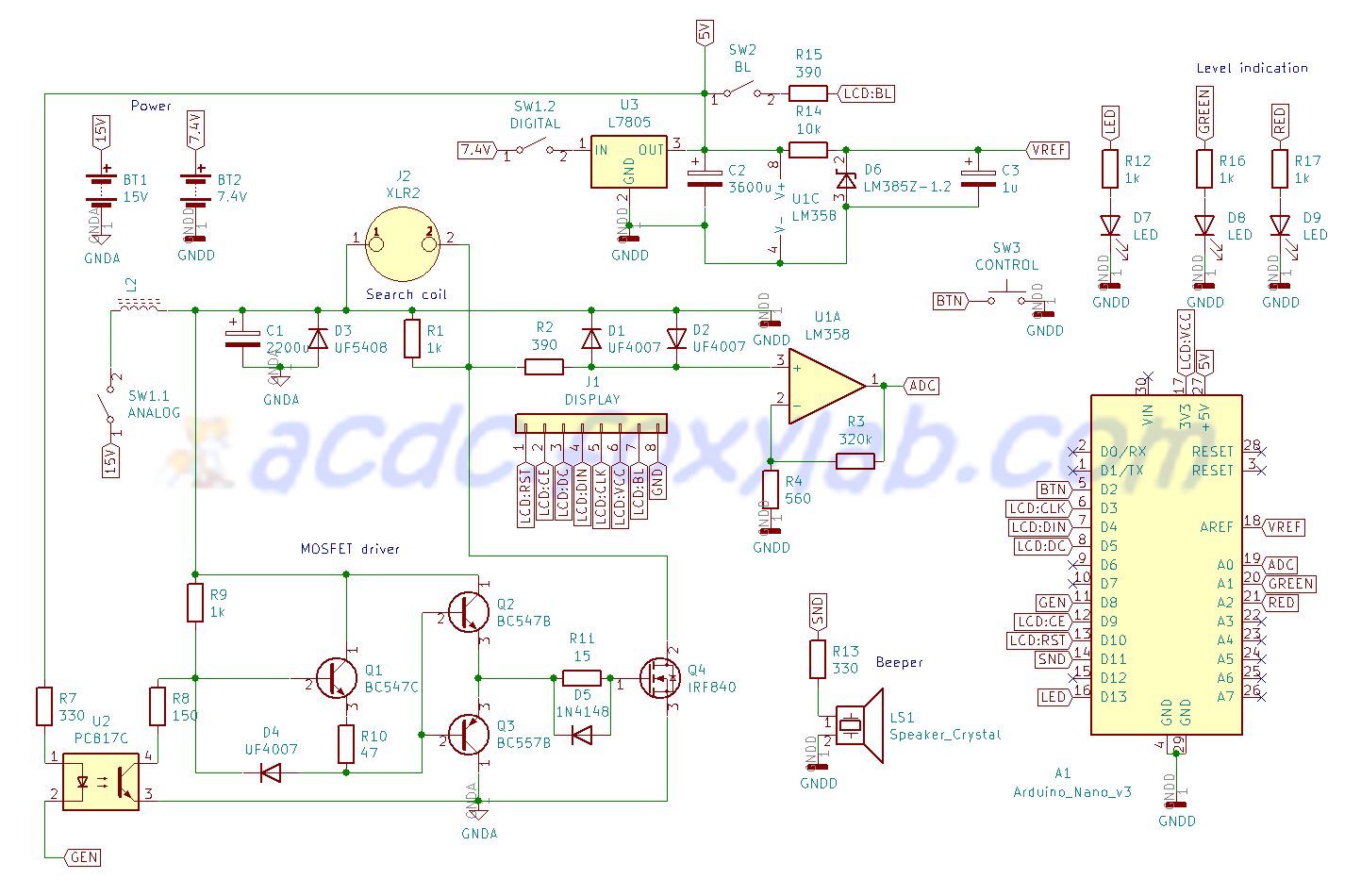 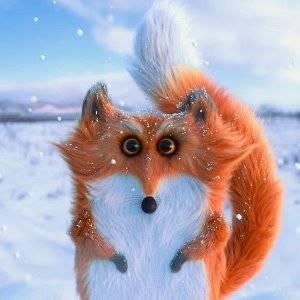 The detector can detect a small metal coin at a distance of 15 centimeters.

Simple metal detector capable of detecting a small coin at a distance of 4-5 cm.

Someone has been eating my cookies! Thankfully Arduino is here to help find out who it is.