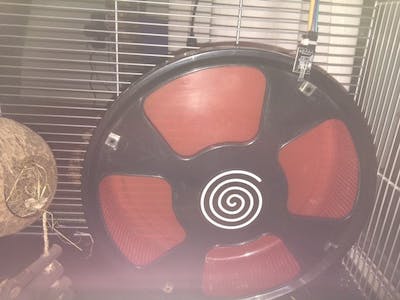 Taking an Arduino Uno, one display, one Hall sensor and four magnets, i measured how many meters run my little hamster named "Ciambella." 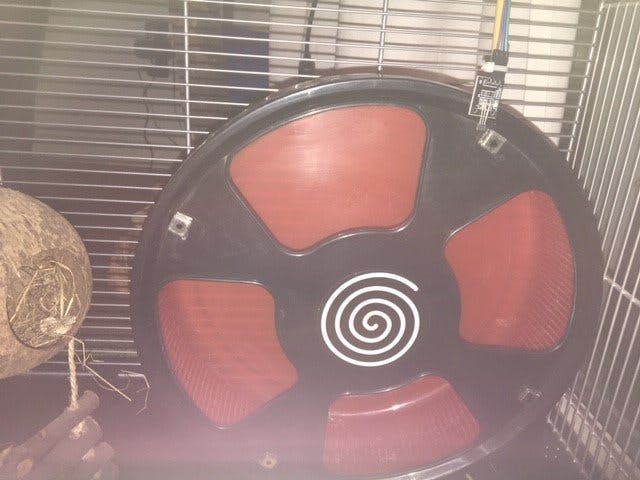 Taking an Arduino Uno, one display, one Hall sensor and four magnets, i measured how many meters run my little hamster named "Ciambella."

How many times are you waking up in the night and it seems to hear your libble buddy running and running...and running again?

So it came a simple question: "How far can cover my hamster nightly? Why not to measure it?"

The first idea was using an encoder connected on the wheel, but encoders are too expensive for a such of application ;-) so i thought to hall sensor properties: i could glue some magnets to the wheel and let the Arduino counts how many times the magnets are passing under the hall sensor. That's it!

Let's take our school books with elementary formulas that show the irrational relationship between diameter and circumference: C = π x d . This formula could be enough if we use only one magnet, but to have more precision i put 4 magnets so every transition we have to count the division by 4: space = C/4

The Arduino Uno was not a 100% weighted technical choice, i simply already had in my DIY box ;-) and the number of input/output are enough for the purpose.

For the hall sensor module (KY003) i searched a hall sensor with a digital output (easy to count the transitions) that cn be supplied with same voltage (5V) from Arduino Uno board.

For the display, needed to visualise the hamster's progress, i choose a simple and cheap I2C LCD character display module that has 4 lines of 20 LCD characters.

To detect the the single magnet transition i can't use a simple if(S == HIGH) {cycle++} inside the loop because the uC is faster than the hamster :D, so i needed to detect the single transition magnet using 2 states of hall sensor: HIGH (magnet near sensor), LOW (magnet far from sensor). Only a complete transition (from LOW to HIGH and from HIGH to LOW) decide the "+1".

First use glue to attach magnets to the wheel and band together the hall sensor to a wood stick (chopsticks are ok).

When sensor is fixed, take your time to adjust the sensor position moving the wood sticks and keeping the distance between magnet and sensor around 1-2 cm. Pay attention to have the sensor centred on the magnet when it's gettin under. (Fig. 2)

Bread board has been used only to ease to supply two boards: hall sensor and display (Fig. 3). To have more detailed info on connection look at the Fritzing schematics

To avoid waisting energy and to limit bothering the hamster's nightly run, i added a timer in order to switch off the display if the wheel is not in use. So after every magnet transition display is lighted for 5 seconds and then it has been switched off until next transition.

I'm working on a version 2.0 of hte project where the hamster's progress is logged into a database. With the database you could know when is mostly running duting the night. 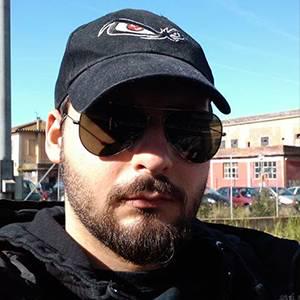 Have you ever wondered how much your hamster actually runs each night? This is a simple (work-in-progress) fitness tracker for hamsters.

Project in progress by Peter Gullberg

Bicycle odometer and speedometer showing distance traveled, average and current speed (in km/hr), time and can store up to 99 laps.

Project in progress by alan_dewindt