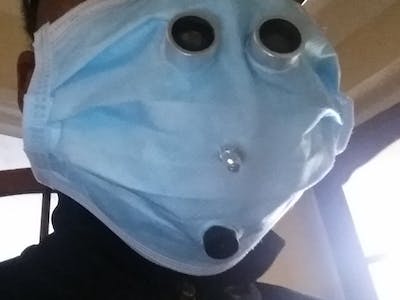 A simple mask add on to keep people away. 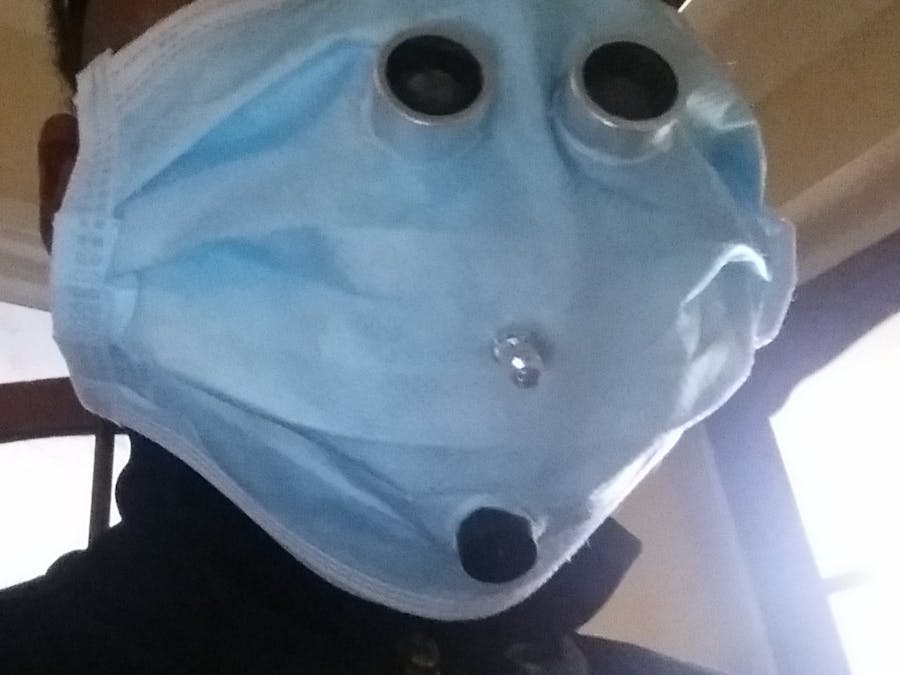 A simple mask add on to keep people away.

The Social Distancer was an idea that originated back in late June on my Arduino Uno with a tft screen because i saw the inability of other people to social distance. The idea of this ,however, goes back to 2018, my very first project, which i rightly called the stay away.

However i am not well versed with the Arduino nano hardware, which became my main issue. With the limited pins, i decided not to add a screen as that would be seen as redundant and quite frankly incredibly difficult with the many pins that my screens require. That brought up the first issue in this the making of The Social Distancer. My solution came in the form of a minimalist view. I, instead of thinking the board had too few pins, thought that i had too many modules, and that by removing the screen i would eliminate the issue that i had put myself to. With that, my first issue on this project was solved.

Then a second issue arose from the depths of the back of my mind, power. Before this i would normally use a power bank connected to the usb port but in this scenario that clearly won't do. So i took int among myself to find a lipo battery to keep the nano powered when not connected to power so this was quickly completed.

Next came time, despite the main concept being conceived in 2018, when i was 12, I was not aware of any competition till the 27th of august which gave me little to no time. This didn't allow me to achieve all of my dreams with this project. Unfortunately, I am not able to fix this problem or create a work around so until then, I have been working hard, stretching every hour in the 48 hours that i had left(1 day was taken planning and waiting for shipping on the Arduino nano(s)).

Despite my short time and young age, I was able to fit together all of these problems into a project that can be taken far. I believe that the sensors on the ultrasonic sensors look close enough to that of googly eyes that it appeals to children, one of the demographics this is going to hopefully reach. The "googly eye" aesthetic will create a sort of abstract face on the mask, with the sense light being a red nose and the buzzer being a shocked mouth creating a funny face. These "googly eyes" will be on the front of the double layered non disposable masks. These will sense how close a person is to the mask. With a tilt switch on the left strap. This will be to turn the device off directly from the the battery,stopping the disturbance of lessons and saving battery. With a discrete tilt switch and obvious yet funny sensor arrangement, with a red light signifying danger, the mask can be a huge step in the right direction for slowly ushering in social distancing to our daily lives.

It is code. Quite simple because most of the logic is in the circuitry. 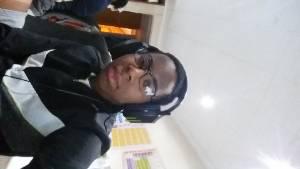 This reminds people to keep a 2-meter distance from you

by Team THE INNOVATORS

Hi, my name is Rohan Barnwal and in this project I have taught you that how you can build a device which help you to maintain social distanc

A Device Which Help Us To Maintain Social Distancing