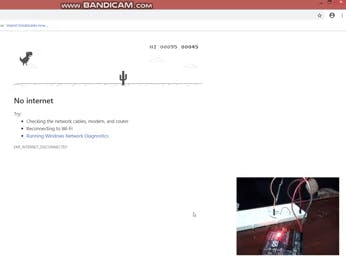 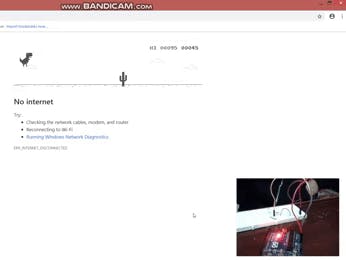 Most of us have played dinosaur game by google when our internet was not working and if you have not played this game don't worry now can but not in a conventional way pressing buttons but by using motion of your hand. So in this project using hand motion photo resistor sends values to arduino and arduino sends it to python3 and by using famous library of python pyautogui we can perform "up" arrow function :)

How I decided to make this project ?

Recently I watched a video on youtube regarding project which was about Arduino based Hand Gesture Control of Computer and I really wanted to make that project but currently I don't have ultrasonic sensors which was required to make that project. So I read all the stuff how that project works ? and then I thought I can also do that kind of work by using photo resistor (LDR) sensor. And then I decided let's control "up arrow" key and use it in dinosaur game. Most importantly beginners can also try this project which can increase their interest level.

Below is a video I watched recently

Now let's start to make it:

Things required to make this project:

Now to make this project you need to install python3 on your system for that I recently uploaded a project "Python3 and Arduino Communication" and there I have uploaded stuff regarding how to install python3. If you want to get familiar with python3 and arduino I recommend you to check that project :)

Below is a link of "Python3 and Arduino Communication"

Now you need to install python library pyautogui which will perform "up arrow" function.

After you have succesfully install python3 on your system:

Download the file and paste in your python3 file

Circuit Diagram to make this project

Download
Additional Jumper wires were use to give space for hand motion
schematic_Q6nKclaemS.fzz