Using one byte to hold all the color data for a single RGB LED.

Using one byte to hold all the color data for a single RGB LED.

Notice that the red and green have 8 different options also known as 2^3 if you are familiar with how bits work. However blue only has 4 different options or 2^2. This is a limitation of only using 1 byte to hold all of the color information of one pixel, even so there still are 256 options to choose from.

To make the different levels of the colors, I simply changed how long each portion of the RGB LED was on. For example. If I wanted a teal (bluish-green) color I would turn the blue on half way and the green on half way.

A timing interrupt was used to control the RGB LED while the main loop of the code just read the DIP switch values. Instead of using digital read and write, I chose to read and write directly to the Arduino's port which is a bit quicker but more complicated if you aren't familiar micro controllers.

Thanks for checking out my project. Feel free leave comments and questions. 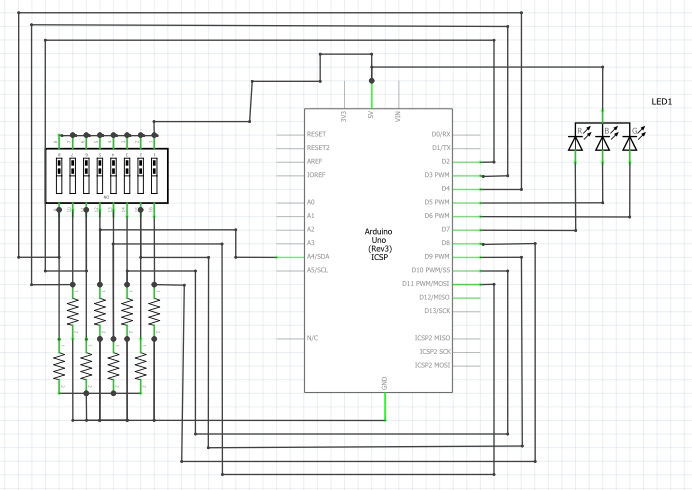 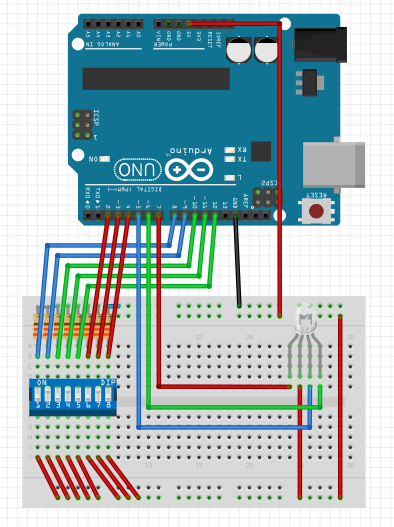 Use your GSM shield to control the output of Arduino through SMS messages.

An automatic bell for school. Ring when you want using an Android app.

The Automatic Bell for School

Project in progress by wawawa