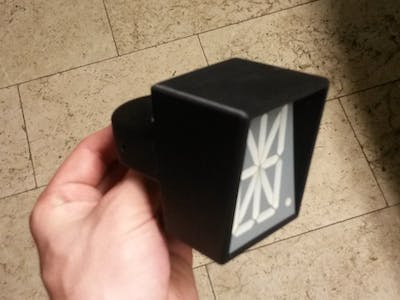 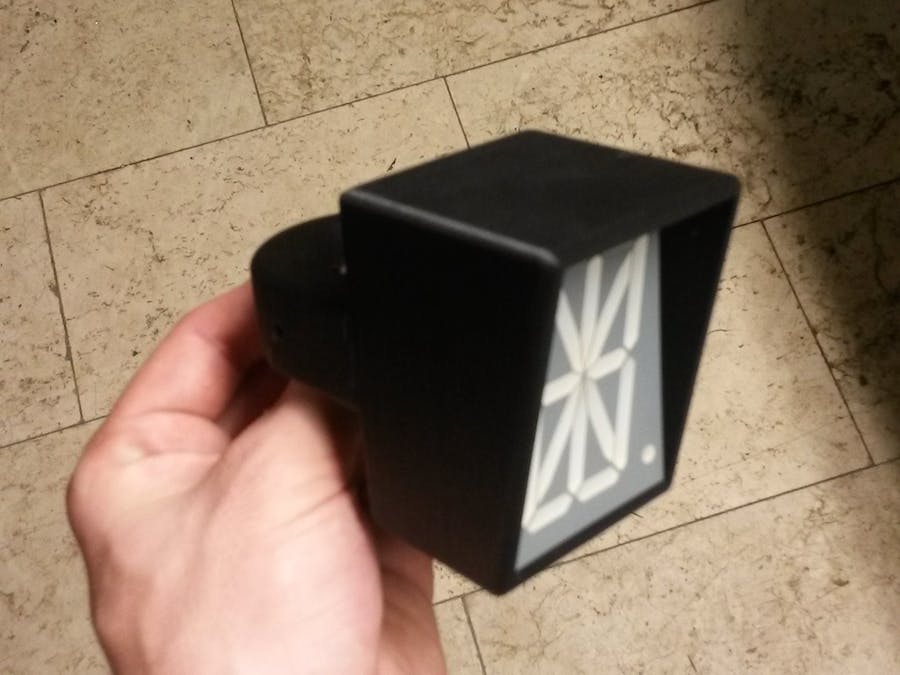 First I ordered many different components through Conrad, such as:

I was able to print the entire box 3D through my school education, so I could also choose the black material that this printerused.

Here are two more photos of the print and how the screen is attached, this whole is then placed in the 3D-printed box.

After the screen was ready I started installingthe sensors on the gear lever. I also drew this whole out on SolidWorks. Theoperation works as follows:

By using 2 potentiometers I candetermine the position of the two arms (gear lever fingers). This position is then converted into signals for the segments of the LED screen by means of the Arduino.

After designing the sensor setup, I started testing the operation by determining the position with the sensors. I was the first to make an arrangement of cardboard, with a pen refill I simulate the gear lever.

In the Arduino program I measure the positions of the gears on by one for example gear 2:

Then I printed a solidWorks mounting plate from paper and kept it to see if it came with the sensors at the gear lever.

When that was right, I made a steel version and the two take-away fingers from aluminum. I assembled this whole. Finally, the steel plate still needs to be rounded and sprayed to prevent rust.

Then replace the shield and ready. The only thing that still needs to be done is to properly attach the dust cover.

Finally, I made a power box. This contains:

Here you can see how the box is placed in the car:

A photo of the end result:

The support to which the screen is mounted had been in the car for along time, because our action camera was mounted on this. The screen is lowenough so that the camera also has enough space.

A couple of weeks ago we drove the Hellendoornrally, the screen successfully reached the first rally. I am very satisfiedwith the end result, and hope that the screen will last for a long time.

In this article, we're going to build a controller that you can use on Steam!