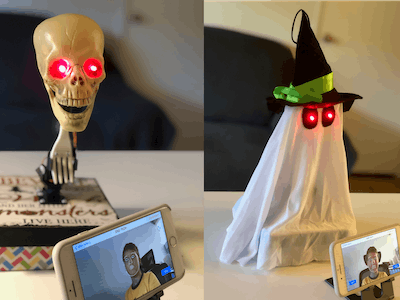 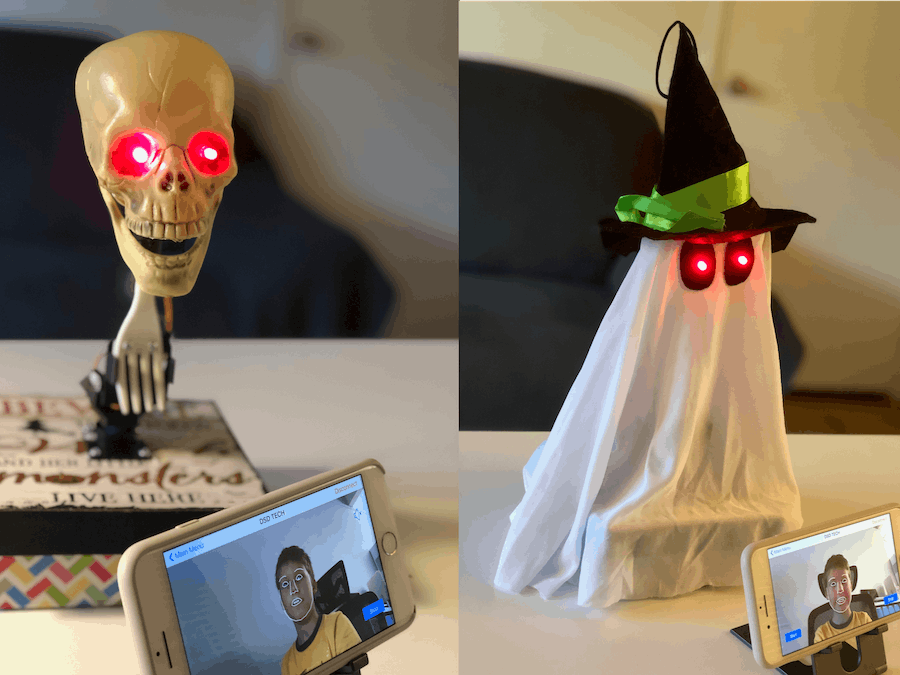 Halloween is coming! We decided to build something cool. Meet Ghosty and Skully robots. They can follow your face and they know when you are smiling to laugh with you!

This project is another example of using the iRobbie App that converts iPhone into a powerful toolbox for Arduino projects.

The app is capable of capturing and processing video and then sending X and Y coordinates as well as the smile status to the Arduino through the HM-10 bluetooth module.

For this project we used cheap Halloween decorations that can be found in a dollar store and turned them into fully functioning robots.

For step one of making the skull a robot, we cut its head off from the stand with a small hacksaw.

We also used a pan/tilt kit with two servos, the Arduino Uno and the HM-10 bluetooth module.

For housing, we used a cardboard gift box with a wooden lid.

We attached a battery pack with a on/off switch inside the box using double sided tape and cut a hole on the side of the box so the switch can be accessed from the outside.

We drilled a small hole in the lid for the wires that connect the LEDs and the servo motors to go through, and attached the pan/tilt mechanism on the lid.

To attach Ghosty or Skully to the pan/tilt mechanism, we used disposable forks.

We made the red eyes using LEDs.

For Skully, we used another servo so he could move his mouth while he laughs, which looks awesome but requires a little bit more work that Ghosty. 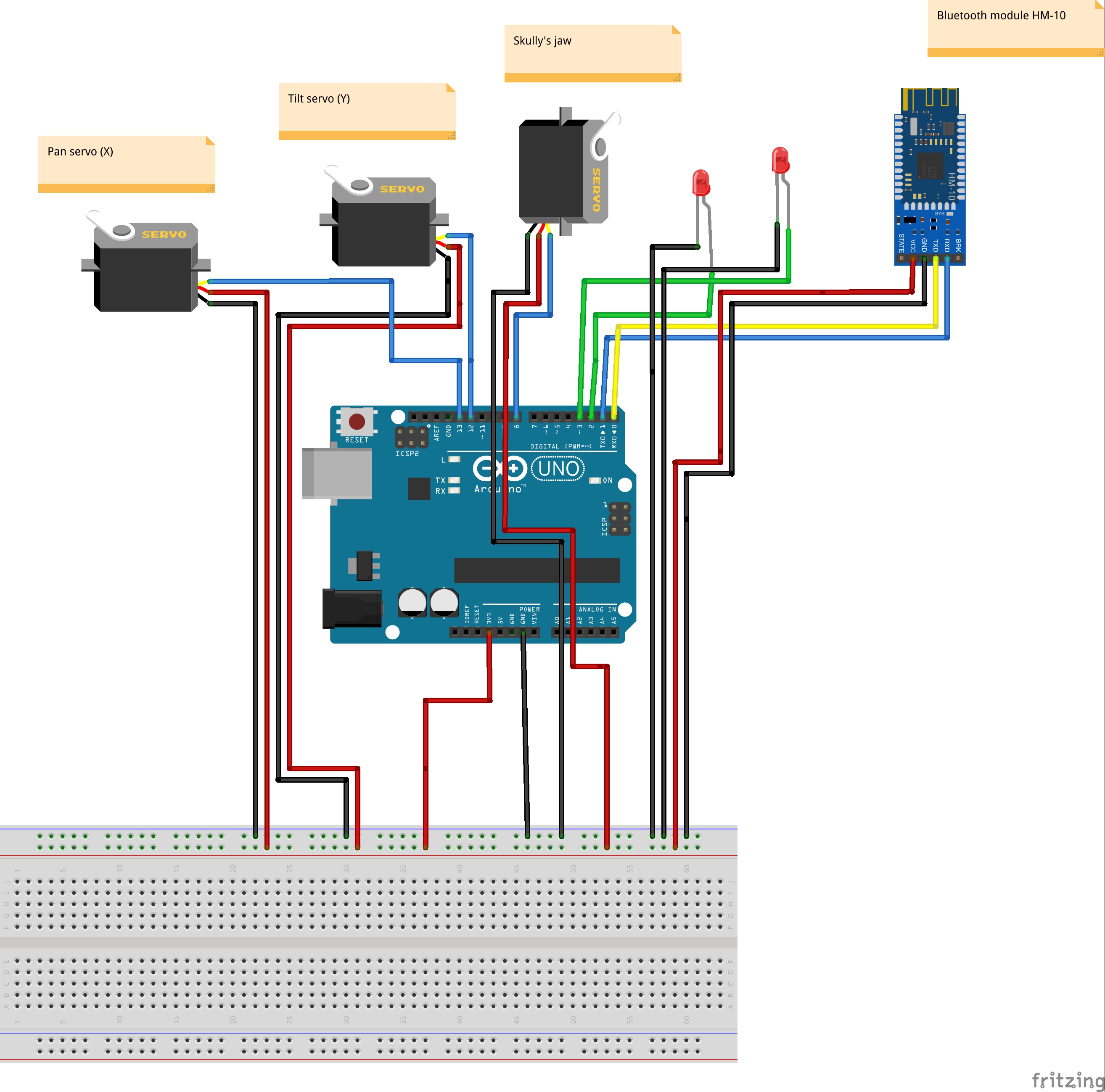