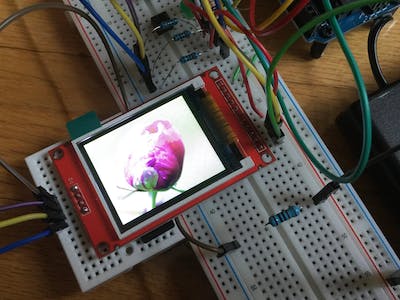 Yes, you CAN load and display BMPs from that card reader on the back of your tiny TFT screen! 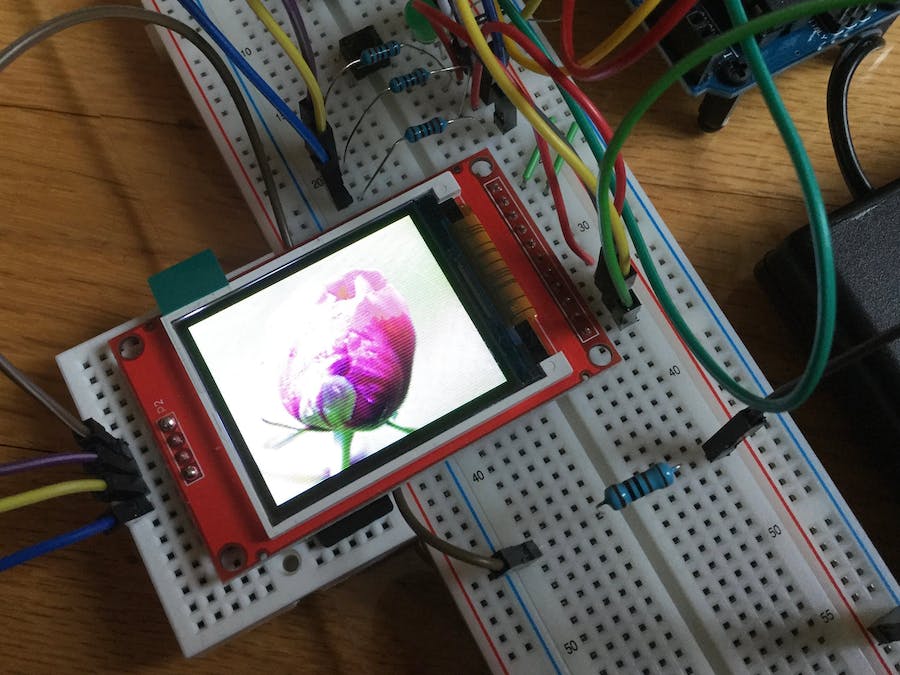 Yes, you CAN load and display BMPs from that card reader on the back of your tiny TFT screen!

This started off as a Halloween costume prop; I wanted a TOS tricorder. The tricorder screen was almost a perfect match for a 1.8" TFT, so I bought one. It was not functional, so I returned it and got the DSD Tech model (with a yellow header with 11 pins and 4 connectors for the SD card.

I tried the Adafruit ST7735 driver, but could not get it to read the BMPs from the SD card reader. I switched to the Arduino TFT driver, but it was very slow and would stop working after loading several BMPs. Someone in the forum (David Prentice??) helped me by encouraging me to go back to the Adafruit driver.

After much research and plenty of mistakes, I got my tricorder simulator to work! I did not want others to go through the same hassles I did, so I wanted to post a very simple sketch that will:

3) load a BMP from the card reader; and

4) display the BMP on the screen.

In the Arduino TFT tutorial, I read that you needed to use hardware SPI to get both the screen and the card reader to work simultaneously. That is what I have done. However, I saw so many instances where people switched pins 9DC and 8RST that I decided to try that. Both seemed to work, so I ran a sketch using both configurations that cycled through about 24 BMPs. The average for the Arduino-recommended configuration (9DC and 8RST) was 25 milliseconds shorter that the average for the switched configuration (9RST and 8DC) that so many people were using. The diagram is below:

I hope everything is correct! (This is my first Fritzing!)

The code is in the "Software" section. Nowhere could I find documentation on the line:

I cannot say what that does. I am a newbie leading newbies.

The BMP I used (which must be in the root directory of the SD card) is here:

I have a short video, but I do not know how to embed it here.

Download
My first try at Fritzing! I hope it is accurate. 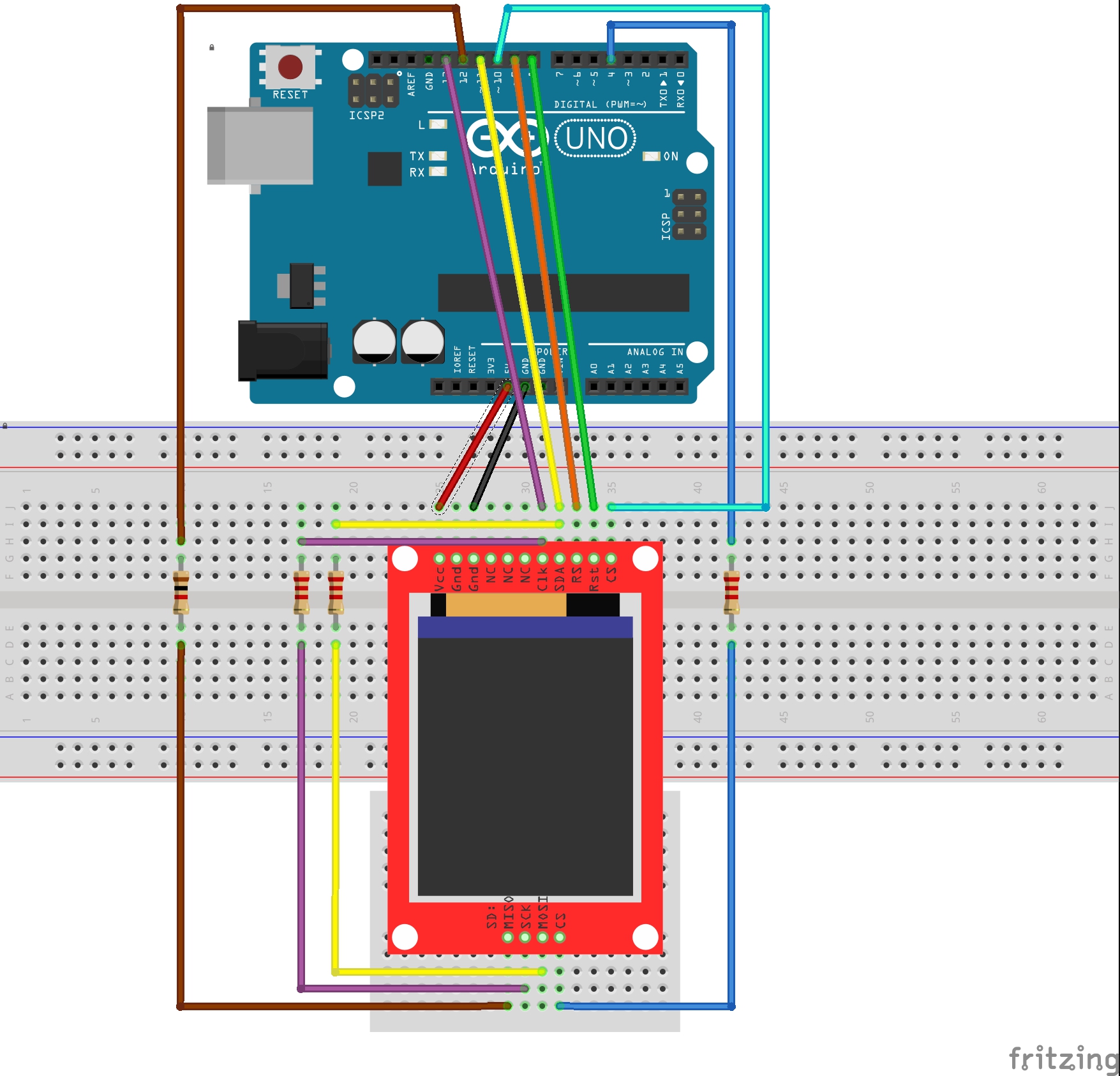 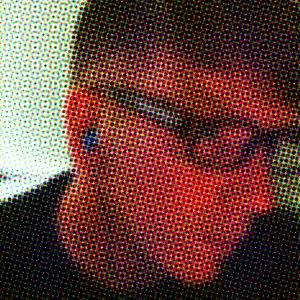 Playing a simple Pong game with two potentiometers connected to an Arduino. A Python script on a PC is reading data and displaying the game.