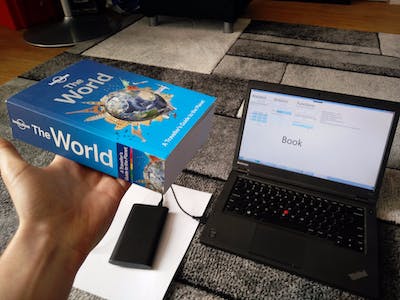 A PC application that talks to the Walabot PRO, Arduino and NeoPixels! 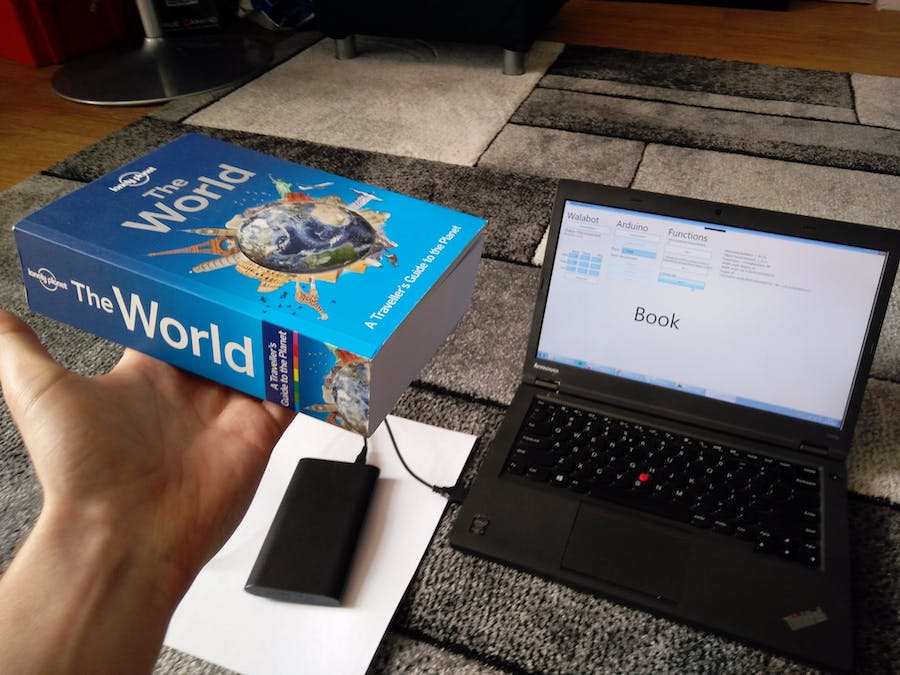 A PC application that talks to the Walabot PRO, Arduino and NeoPixels!

Welcome to my Walabot project

I will split this project in different parts

Getting started with the Walabot

I've made a Windows WPF application to easily configure, setup and read data of the Walabot. Also for testing purpose I connected an Arduino through a serial connection. In this way I can control the Arduino's GPIO with the input from the Walabot. This data is send with the WPF application..

In my Arduino example, I determine the found targets:

With the targets found, each target has it's own data, to find the distance between each target and the Walabot, the Z-poss variable will be used. This is found by:

If you place this in a loop for each found target, all the data can be found. Always make sure that you specify the TargetIdx in the right configuration, so no null references will be made.

To make the data more readable, and change it so the data can directly be send to the Arduino:

This data will be send to the Arduino by a serial connection. Simply register the COM port of the Arduino and send serial data to it. Multiple tutorials are available online to setup this connection.

I setup a predefined string to split to send only one data package to the Arduino. The Arduino will split this data and execute the right function.

Since I found the Walabot Filters and Profiles a little difficult, I made a summary below. This was found from the walabot api pages. Links are found below.

For applications that require tracking movement, Walabot can apply a dynamic-imaging filter that removes static signals, leaving only changing signals. In addition to the Moving Target Identification (MTI) filter, the Derivative filter is available for the specific frequencies typical of breathing. Here’s an example display of Derivative-filtered image energy from sensor-narrow scanning (breathing):

The Arduino will be used to receive the imput of the Walabot and use this data as input for the Neopixels. I use the Arduino (Genuino) MKR1000, but every board can be used in this scenario.

The Arduino has to be setup to read serial data, this is done by:

and read the data with:

The method above will be used to send the data to the Neopixels. Below the steps to light up the LEDs:

Here is the first Windows application. Don't botter the layout/UI, will change that in later phases.

Functionality that is included in this V1 application:

The result of the first phase is quiet successful; objects can be detected and for the first object detected the LEDs will show it's distance. But a lot of additional functionality and calibration has to be done.

As the progress of the application follows, I implemented a few test and debug functions to test the Walabot. Those functions include getting energy data or x-pos, y-pos and z-pos values and calibrating the walabot with the theta-, phi- and area values.

Mainly testing with the theta-angle and phi-angle did take a lot time, but after hours of testing, the optimal values for detecting an object above the senor where:

My plan is to create a sweep of measurements whereby in each measurement the phi angle is increased. This is to determine in different angles if there is an object. In this way I can determine the width of measured target. The theta angle will be 1, so a small strip of data will be measured.

The object has to stand still for about 2 minutes (each measurements needs to be calibrated again so this will take some time).

I created a function whereby there is a sweep of measurements. In each measurement I will increase the phi angle. Like this:

This is quite a tricky methode to determine objects, since in each measurement the X, Y and Z are slightly different. But for roughly measurements a start and finish of an object can be detected.

If the first (start of detecting object) and end (last measurement where the object was detected) are known. The width can be calculated. With distance (z-position) is also known.

I've made a simple database where a few objects are defined. This is now hardcoded, with for example:

Based on those values a measurement can be connected to a predefined object. In this way the Walabot can detect objects :) Yeah!

Above is the demo of my application where the the windows application does the following;

1. Connect to the Walabot and return the software version.

2. Specify the height where the objects will be searched for. I tried two things; automatically with a single measurement before or manual. The automatically measured zPos of the target will can cause an offset since

Since I have to hold the object by hand I implemented a 3 second delay.

This will go through all the phi-angles and save on which angle a object is detected within a specific height-range.

I can just hold the objects with my hand above the sensor. This didn't influence the results for now. But I have to say that it would be easier to mount the object to a standard or tripot.

The WPF application project is available in the resources below.

In the video below I demonstrated the Arduino integration. In this demo the distance calculated by the Walabot is send through serial to the Arduino. Depending on the height the LEDs will shown a different/brighter color.

I connected the infinity mirror which I made during my NXP FRDM-K82F project [link]. This mirror includes 125 neopixels.

The Arduino .ino projectfile is available in the resources below.

There are some things I want to improve or add to this project, but they cost a bit more time and knowledge.

This project confirms that the Walabot is an ideal tool for detecting targets. A lot of configurations can be made. I see a lot of possibilities in it and I look forward to implement the Walabot in my next project.

I have to say that this project is far from perfect, but I'm happy with the end result! Object can be detected and the Walabot can handle a lot data. Connecting an Arduino to a Windows Applications was new for me and learned a lot by making it.

The following items are used in this project:

The Walabot team - for the support here at Hackster, through DM and through the Slack app.

Hackster.io - for being an amazing community that makes projects as this one happen.

Note; it's a beta version with some bugs and

.ino file with serial communications that can read input from the WPF application

Use Amazon Alexa Devices and Sensors to find where objects are in home, or your office.

A motion detection lamp. It switches on and off when there's motion.