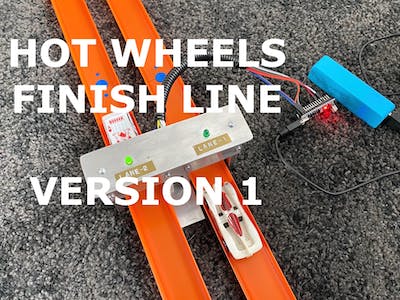 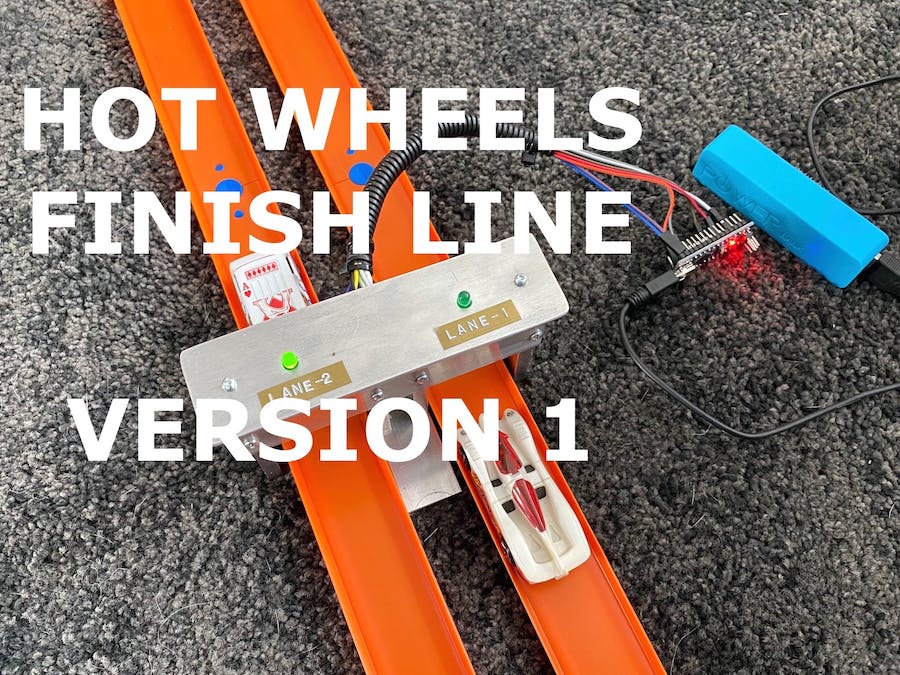 My work was planning a team building event, a Lunch Hour Hot Wheels Tournament. Two race brackets, Single knock out. To avoid any arguments, bad feelings and wrong doing's, I offering to make a electronic finish line judge. I knew the Arduino would do the trick! Over a span of a couple weeks I went from prototype to a slick working model ready for race day!

The course was 20ft long with the finish line judge at the end! We had 26 cars enter the event. Winner gets a trophy and bragging rights! It took the entire lunch hour to get to the final 2 cars. The final race was won by a half a car length... to close for the naked eye to tell!

The project is based around the Arduino Nano and Gikfun IR LED emitter and receiver. These are readily available online and are easy to mount, install an wire up.

As soon as the first car breaks the IR beam, the top mounted LED declares the winner. The LED remains on for 5 seconds then the device resets by itself and is ready to go again. There is no need to press a reset button. This makes it easy for kids to play for seamless non-confrontational action!

The device is stand-alone and can be placed anywhere along the track. There is no need to modify a section of track to make it work.

An Arduino and Bluetooth-based Hot Wheels finish line timer to record cars' speed and determine the winner of each heat.

Project in progress by Unexpected Maker

An Arduino and Bluetooth-based Hot Wheels finish line timer to record cars' speed and determine the winner of each heat.

Project in progress by Unexpected Maker