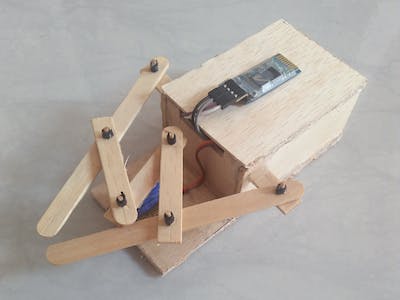 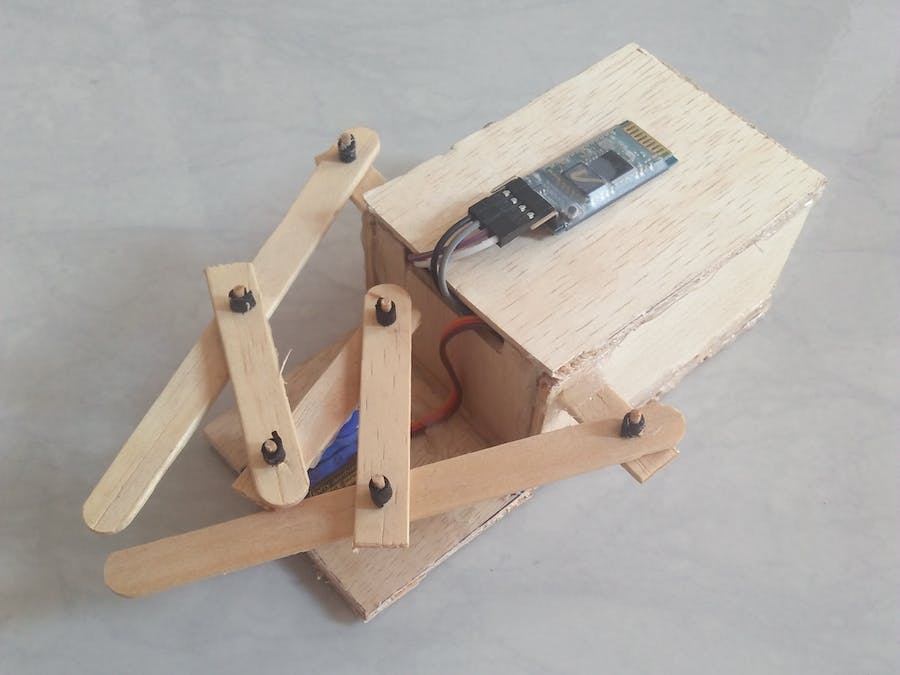 Welcome! this is my project for the automation and robotics contest. In this opportunity a want to show and guide you in this project.

The idea is to make a new function on drones, drones are usually only used for photos or videos. In this case I want to make a device that can make drones become a mode of transport in a cheap and easy way!

The electronic components used in this project is only:

The non-electronic components (use recycled material for better environment):

Making the box for the electronic components and the claw's part in this sample size:

To operate this device, first power the board using 9v battery. blinking light on the bluetooth module indicates it hasn't been connected to the app yet. After connecting module to the app the light stop blinking. There is 2 way to make the claw move on a certain degree angle:

1. using voice command: tap the middle screen in the app to activate voice recognition and then say a number that represents a degree angle. ex: say "0" to move the motor to 0 degree angle.(internet needed)

2. using slider in the bottom of the app to move motor in a certain position according to the slide bar

How to Work Together with Drone:

To make the claws work with a drone, stick the claw under the drone in a safe position away from the propeller. Now for the android phone, stick it under the remote control/ radio transmitter. The goal is to be able to operate the claws without disturbing the thumb to fly drones. In this position you can tap the middle screen in the phone with your middle or ring finger to activate the voice command, so it doesn't bother your thumbs to focus on flying the drones.

Problem: Bluetooth operate in 2.4 GHz as well as the wifi and the radio transmitter.

Solve: once the radio transmitter paired with the receiver in the drone it will not interfere others. if the wifi interference with bluetooth you can use internet from your phone that use 4G usually 2.1GHz.

Problem: The sound that propeller makes sometimes make noise to surrounding or other external noise can interfere with the sound we say to the voice recognition.

Solve: using a device that has a mic so that your sound goes straight into the mic. ex: earphone

Problem: sometimes the connection breaks between the module and the app in the phone (error 516:broken pipe)

Solve: try to unplug and plug the battery again or replace a better battery for better power.

Here's a video of the project that I made myself. I have put my best effort and time into this. I hope this can be useful in the future. and sorry for my bad grammar. :-) Thank you! 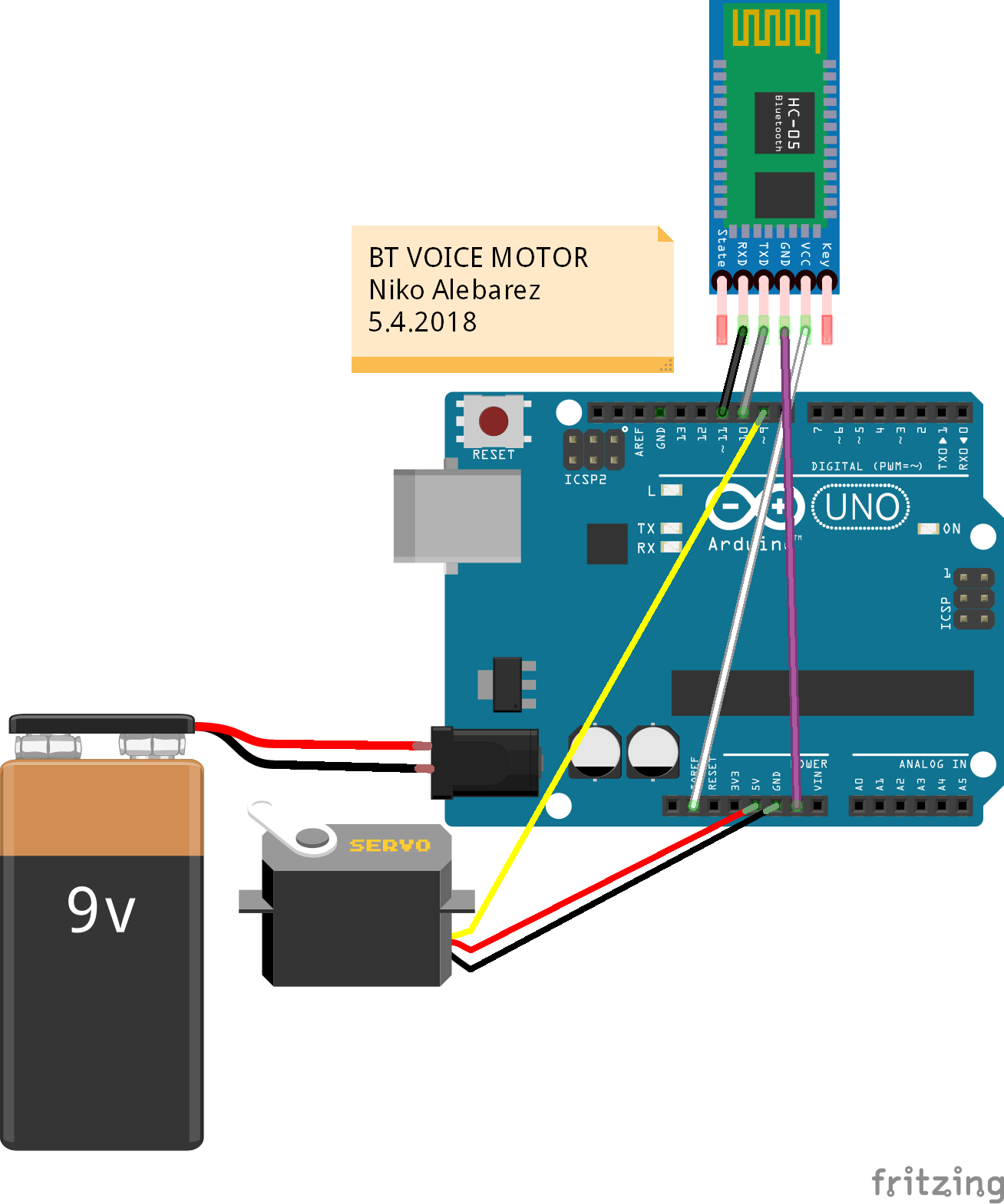