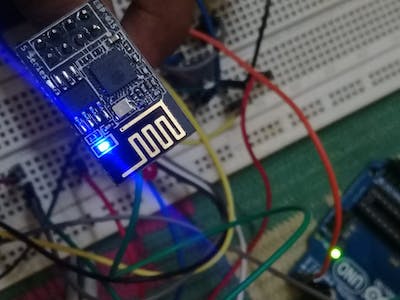 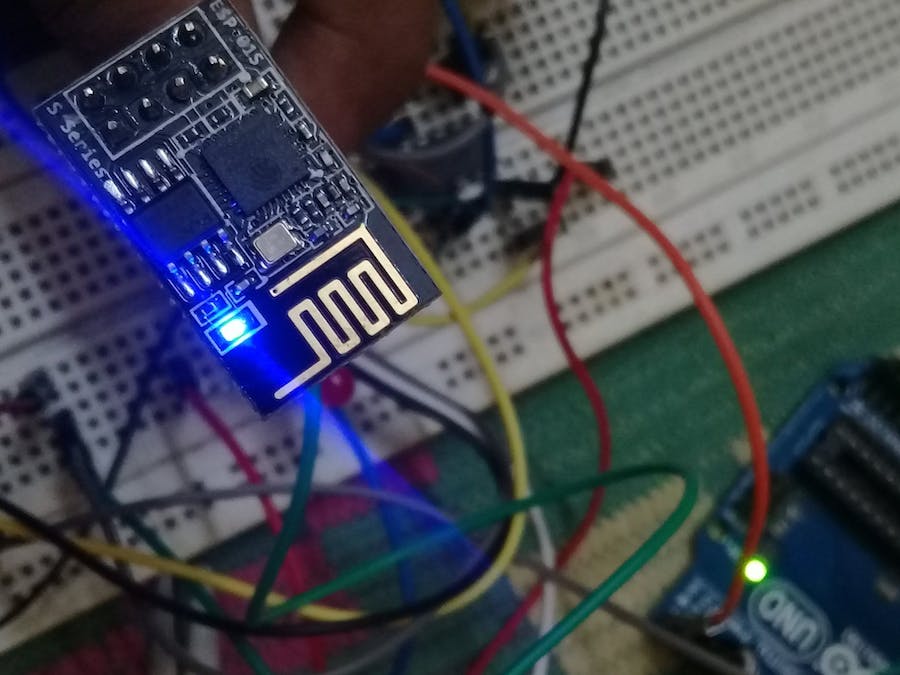 ESP8266 is a low-cost WiFi module that belongs to ESP's family which you can use it to control your electronics projects anywhere in the world. It has an in-built microcontroller and a 1MB flash allowing it to connect to a WiFi. The TCP/IP protocol stack allows the module to communicate with WiFi signals. The maximum working voltage of the module is 3.3v so you cant supply 5v as it will fry the module.

Let's take an example of controlling an LED light using ESP8266 by smartphone. The ESP8266 acts as an interpreter between the LED and the smartphone. Since we are using the Blynk app to control the LED further explanations will be based on it.

pin 8____Vcc--supply 3.3v from Arduino or from an external source

Arduino UNO is used in this project. Remove the ATmega328P microcontroller from board before starting the project.

NOTE:- Remove the GPIO 0 to GND connection when the blue LED in ESP8266 stops blinking (after uploading the code).

Now connect it according to the circuit diagram.

Go to playstore and search for the Blynk app.

Then, enter a name to the project and choose the device as "ESP8266".

Now save it by tapping "Create" button.

From the settings, add a button to the blank area so that you can control the LED by tapping it.

Then scroll down until you see the heading "auth token."

Auth token is an authentication code that I have said before. It is to create a secure connection from Blynk app to the ESP8266 by the web server and also to identify the device while it is to be communicated.

Now choose any methods under auth tokens to save the auth code. The auth code should be entered in the program code later.

Setting up the Arduino IDE for programming ESP8266

Before programming the ESP8266 in Arduino IDE you have to change the board manager to ESP8266.

If you haven't made any projects on ESP8266 before, you have to follow these steps on the website (given below link) to install ESP8266 board manager on Arduino IDE.

To communicate your ESP8266 with the Blynk app, you have to add a Blynk library to your arduino IDE folder. For that, you need to download the library file from the link below:

Once you have downloaded it, extract the file and copy the folders. Then open your Arduino folder and click on libraries folder. Right click and click on paste button. You have successfully installed the Blynk libraries.

Now copy the code given below and upload it to the board.

Learn to control an external LED via esp8266 (link below)

Copy the code in to your Arduino IDE and upload it. You have to enter your auth code, Wifi name, and wifi password in the corresponding variable declaration section of the code.