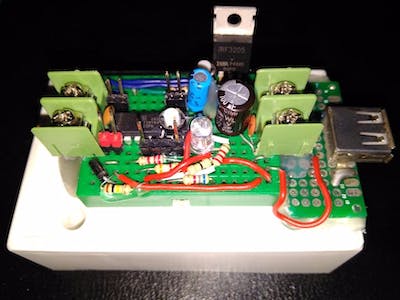 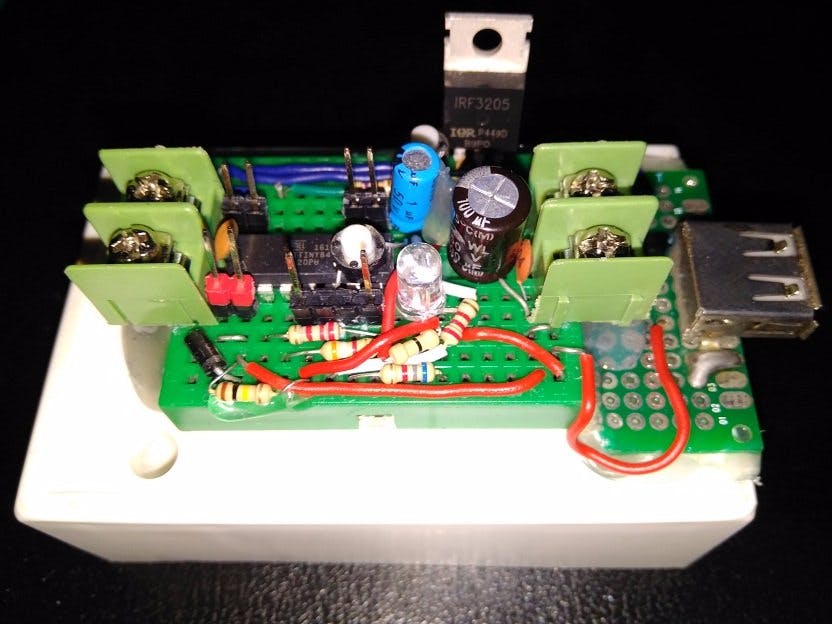 Almost every modern microcontroller comes with power saving / sleep functions to reduce the power consumption of the system.

Benefits of Low Power/Sleep in projects/products

But there is a problem, when you build a project using a development board rather than just using the bare microcontroller, sleep is not going to save power.

Most development boards have a power LED which is always on. There are debugging circuits and sensors on board which consume power even though the primary MCU is sleeping. Another culprit is on board voltage regulator which draws quiescent current all the time. Development boards are USB powered and run on 5 volts but the MCU on the board usually runs on 1.8 Volts to 3.6 Volts. Lots of power is wasted even when the main MCU is sleeping.

Here is a nice article on this matter from Sparkfun.

The system is built using an Attiny84 microcontroller, an RGB LED for status, 2 push switches for user setting and reset, one n-MOSFET for power control, a few bypass capacitors, resistors and a reverse polarity protection diode.

Before using the Attiny84 with Arduino, it needs to be prepared. First, download the Attiny Arduino Core. Next, follow the instruction from this tutorial.

In case an Uno is used as ISP programmer, connection should be as follows:

For any other ISP programming connection should be as follows:

The code is written in Arduino IDE with some AVR Register Configurations. Here is a flowchart of what basically happens in the program:

I have functionized groups of tasks for ease of understanding. In the setup function, I/O initialization is done first. Next, user input is taken for programming a custom timing of off and on times. The user switch is connected to the INT0 which activates on the falling edge and increases a volatile variable for performing input accepting task and showing that output with LEDs.

The user switch works on both the press and press & hold basis to take seconds/minutes/hours of off time and on time. Next the LED blinks to verify the user that the input is OK.

Then the ADC is disabled, since there is no use for ADC here.

Finally the watchdog is configured to bark!

In the void loop, the CPU goes to sleep. When the watchdog timer expires, the CPU wakes up, disables sleep, updates time and checks if the off time has expired or not. If the off time is over, then the MOSFET is turned on for the whole on time.

Next the CPU goes to sleep until the next watchdog timeout. Here, I have configured the timeout approx 1 second. The LED blinks briefly every second with RED, blinks GREEN every minute and BLUE every hour. This ensures the system is up and running.

The On/Off Timing for the external load is configured according to user's wish during power up.

There is only ONE INPUT USER SWITCH (except RESET) and ONE OUTPUT RGB LED.

The trick is to use the same switch as:

Off Time represents the duration while the external load will stay powered off, which can be a combination of seconds, minutes & hours.

On Time represents the duration while the external load will stay powered up, which can be a combination of seconds, minutes & hours, too.

Here is the start up sequence to configure the system:

After the Off-Time is set, a similar procedure is required to follow to set On-Time.

When setting is complete, the LED will blink in colors to represent total off and on time so the user can verify.

Here are the rules for the RGB LED glow/blink:

Off-time is set first, then press and release to enter on-time (RGB all blinks). On-time is set next (similar to off-time setting method). When setting is done, the LED blinks to verify off-time and on-time in the respective colors. Both off and on time setting are shown separated by RGB blinks in between them.

E.g. Suppose I want to set Off time of 5 Sec, 4 Min, 0 Hrs: I will do 6 red blinks, 5 green blinks and 1 blue blink. See the action video for better understanding.

An Arduino Uno is powered through the sleep controller and here are the results:

There are other variants of interesting solutions possible to make.

There you have it, one solution to all power saving problems with prototyping. Save battery, save on costs and save the environment!

Entire code is available on the zip file.
For better realization entire code is segmented into functions,
Details of the functions can be seen in the tabs.
Codes written using a mix of Arduino Functions and AVR Register Control method. 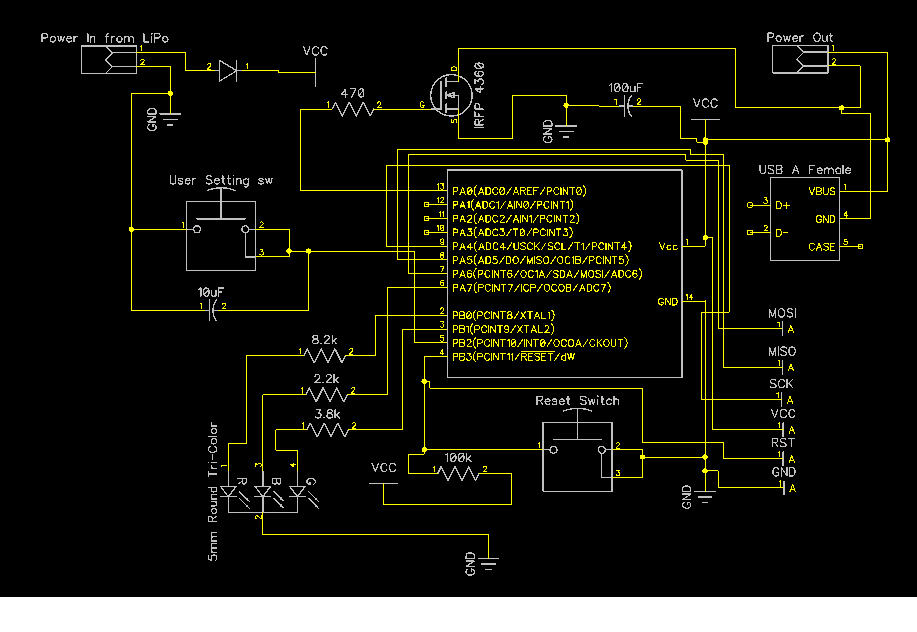 Learn how to make a device to limit your shower time!