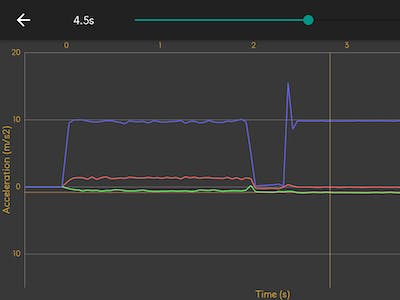 The easy method to determine free fall detection with the help of a simple 3-axis accelerometer. 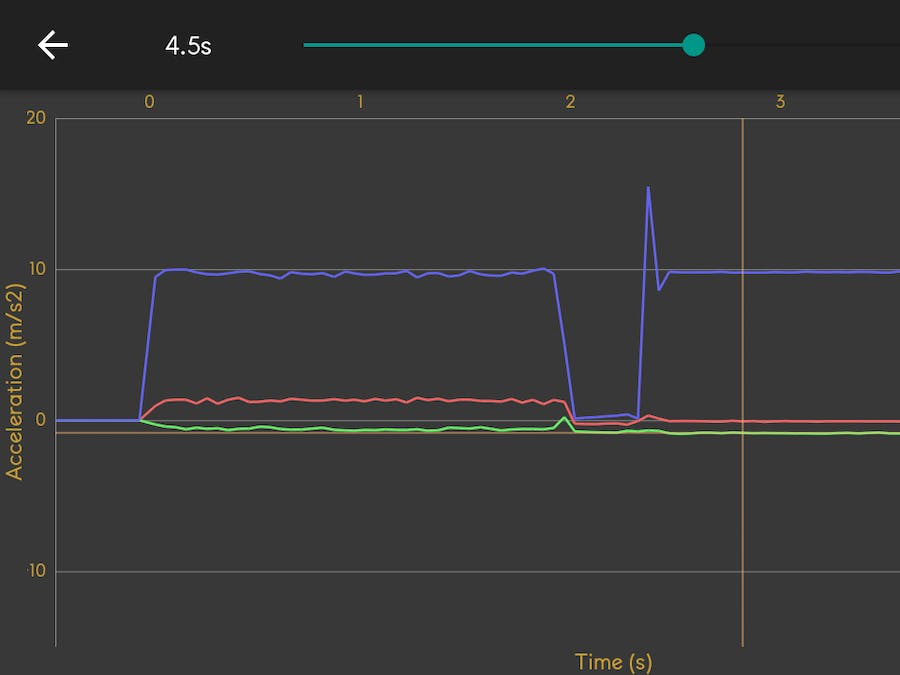 The easy method to determine free fall detection with the help of a simple 3-axis accelerometer.

The state of falling under the influence of gravity is considered as free fall, where gravity is the only force acting on the body. Detection of such situations is so much advantageous in many conditions like a multi-rotor or an radio-controlled aircraft.

To begin with, I needed some data to understand the free fall. The easiest way I found was that to log the data from an existing accelerometer. Our smart phones have all the Inertial sensors built in.

So, I downloaded an app from google play store on my phone called "Android Sensors" by "LP Ellis," although after installation it is shown as "SensorLab." You can find the app at: Google play store SensorLab

You can read about the features of this app there on store, but I liked that the app allows to log the data of sensors of your phone and saves it to your device. You can then find the logged file as a zip archive in the "Android > data > com.lpellis.sensorlab > files > data" , which when extracted gives you a number of CSV files - one for each sensor supported in your phone - which you can open in Microsoft Excel or any spreadsheet software.

On one such occasions, I started the data logging by pressing the record button and then allowed my phone to fall freely twice. Then I stopped the recording by pressing stop button. I located the zip file of my recording and extracted it. Then I opened the "accelerometer.csv" file from the extracted folder. I plotted the 3-axis accelerometer data available with time in that file, and you can see the results below.

So. it is for sure from the above data is that the acceleration about all 3 axes drops close to zero during free fall. Magnitude of total acceleration is given by :

Please, be careful while dropping your phone. Drop your device from not more than 1.5 feet high, and drop it on a soft surface.

I have already tested free fall condition on my phone which has InvenSense MPU-6050. So, I wanted to test it with something different.... Arduino Esplora.

We can read the acceleration from Esplora by following code:

Total Acceleration is found using the formula stated above:

I am using long keyword because during the strike the value of any of ax, ay, or az may reach upto 250-500, the square of this number is such large that can't be stored in the -32768 to +32767 range of integer. If you will keep it simply int than in Serial monitor you would see the "nan- Not A Number" at many places. Try it by your self.

Then I printed all the values in Serial Monitor using:

Observing the serial monitor, when the esplora was placed on horizontal surface by keeping the X and Y axes of its accelerometer horizontal and Z axis vertical - The values about X and Y axes were in range of 10-20 and ~150 about Z axis.

When I dropped the Esplora from about 5-10 cm freely on my desk the total acceleration value during free fall were in the range of 25-45. So, I came up with following control structure to turn on the red colour of RGB LED present on esplora board whenever a free fall occurs.

and the most important delay of 10 milliseconds for fast detection.

You can do all this stuff with MPU-6050, MPU-9250, ADXL345 or any other IMU with three axis accelerometer. All you have to change is that give condition in above if statement as total acceleration should be less than 1 m/s^2 for free fall, since you are getting accelerometer output in such IMUs in m/s^2. like for Uno or Mega:

Download
The locations of various sensors on Arduino Esplora. 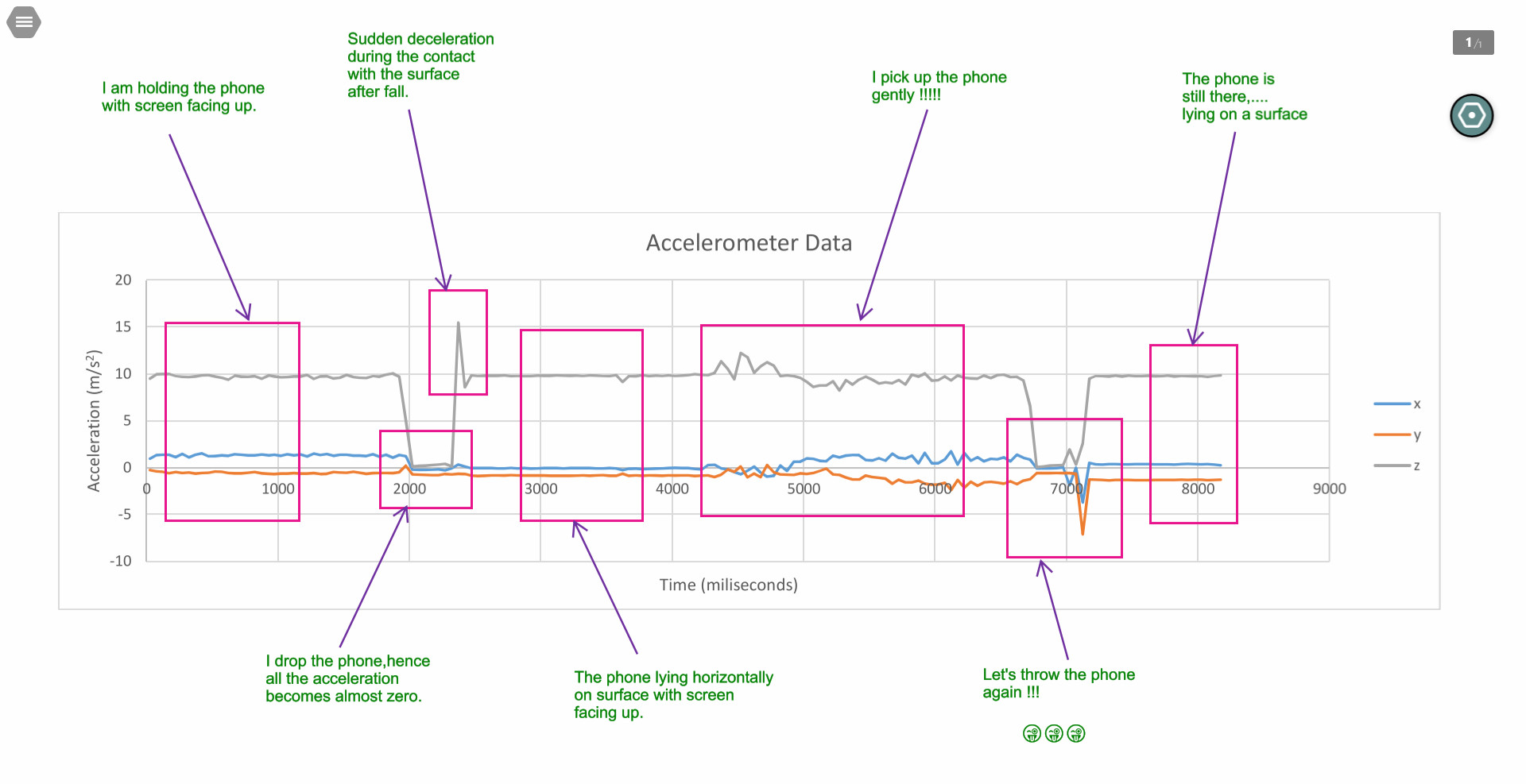 Learn how to read Accelerometer Sensor on Arduino 101 and show tilt status on LED.

Uses an accelerometer to level a platform.

Interface the 8×8 LED matrix and accelerometer. With the corresponding output from the accelerometer the movement of the LED is determined.