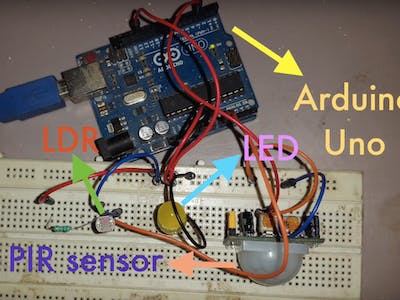 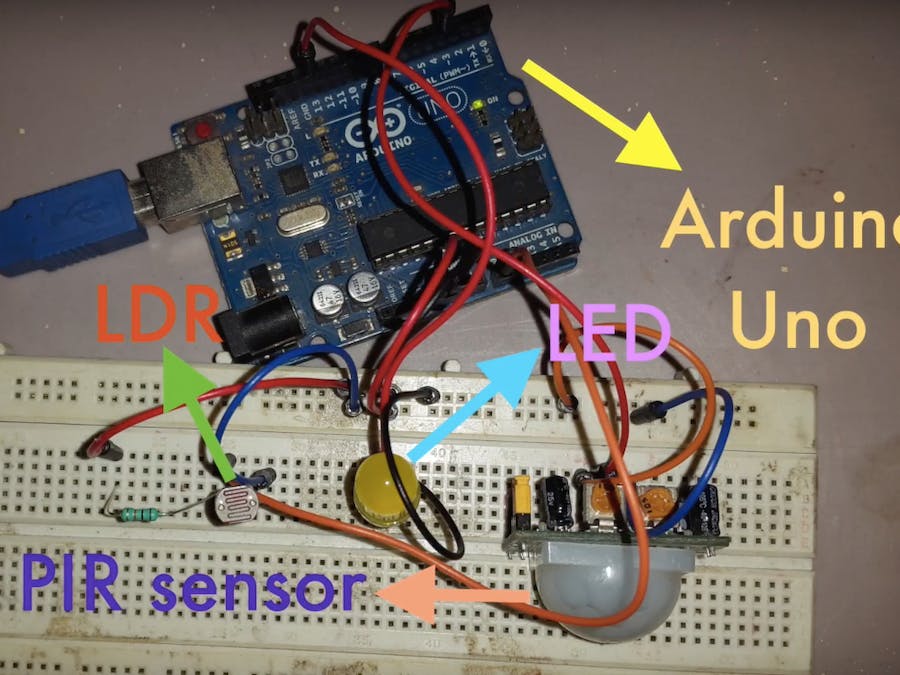 This is a project i've made 5 years ago. The idea came to me through my dad and my friend's mother. Me and my dad once found ourselves on a busy street during a bright summer day, the only thing off about that day was the street lights were left on. This inspired my dad to come up with this idea. Fast forward another year and my friend's mom was telling us how no one would need the street lights in the middle of the night as it isn't common for people to drive then. And, this inspired me to build this.

It is a really simple circuit containing 2 sensors namely the PIR and the LDR. I've managed to find a program involving a PIR sensor and an LDR on the web except, it wasn't used for doing what I mentioned here. So, all I needed to do was tweak some code to create this. This is what the code basically does, we have two sensors working as inputs here. In order for this to work, i'd programmed the arduino to turn the light on only when both the sensors tell it to meaning the LDR doesn't detect light and the PIR sensor detects motion.

So now, the street lights aren't going to be left lit up during the day (Since only the PIR sensor may want to turn the light on) and even in the night time, the street lights are only going to light up if something like a person or animal walks by (Since both the sensors need to be in agreement for the light to turn on). This will not only save us a lot of energy but also help wild life. 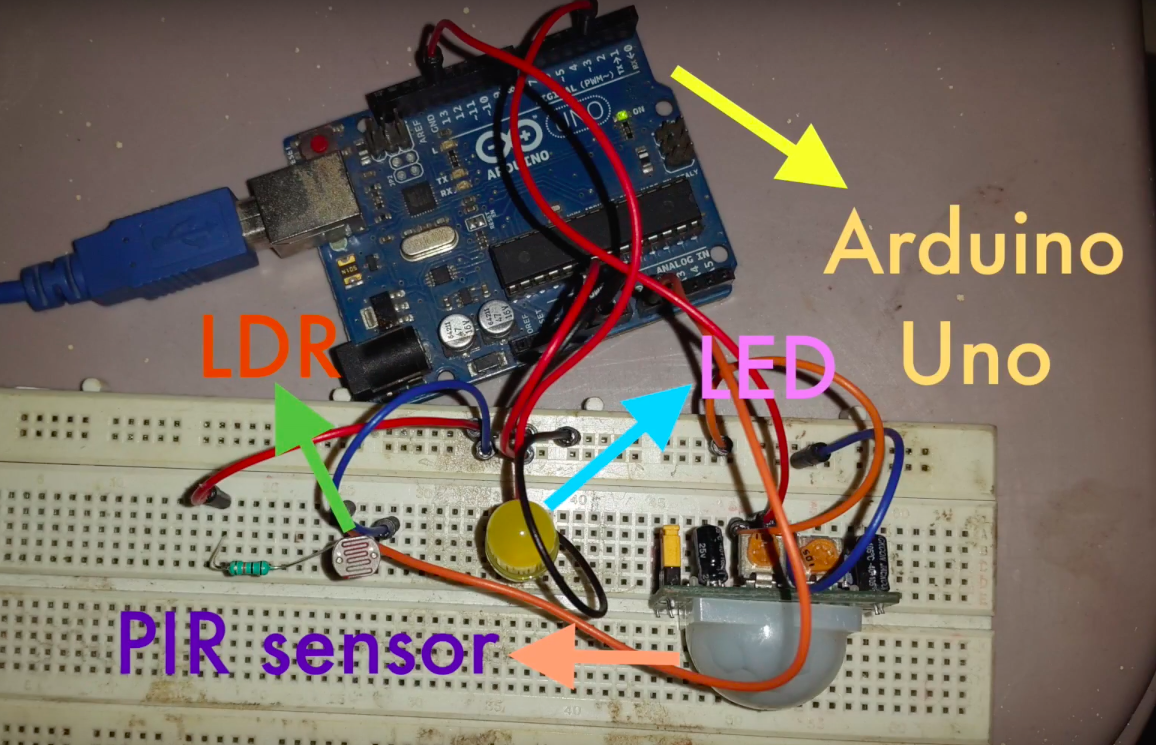 A simple device that allows users to wave their hand and control Any device they want.