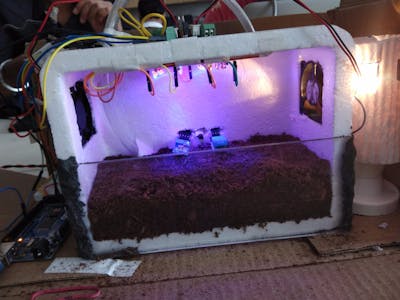 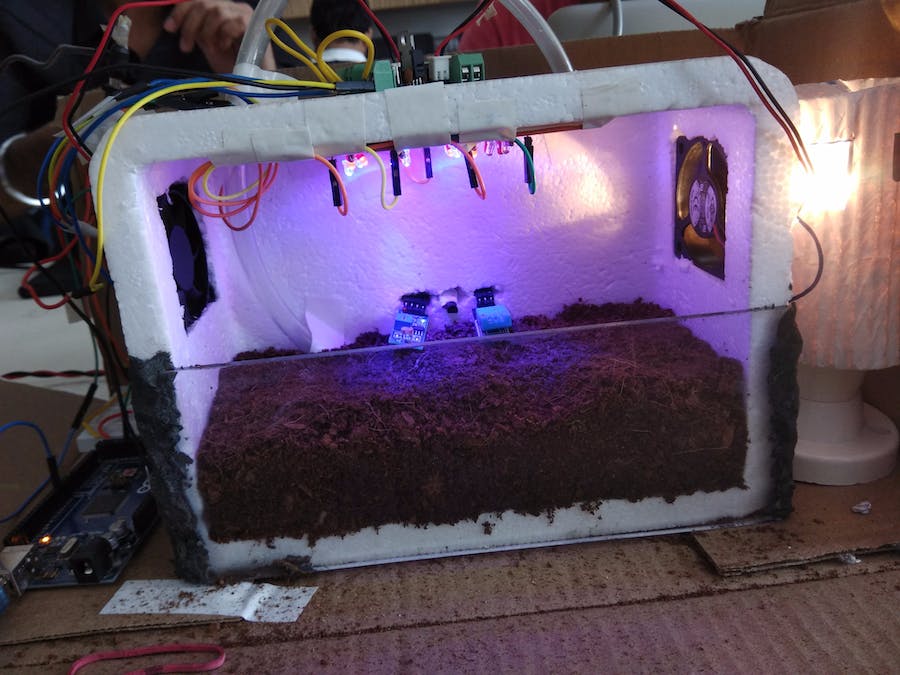 Hydroponics is a type of soil less agriculture. Soil looses its nutrients and fertility with time, so to avoid that we can use Hydroponics. Plant growth and nourishment can be improved and control too. Plant which can grow only during a specific time of the year and be grown throughout the year. We can also monitor the growth of the plant, nutrient level of the soil, moisture contained in the soil and the amount of light received.

This project is a model of the actual system. Here we are replacing soil with cocoa powder. We can control the moisture and nutrients contain of the cocoa powder easily with respect to normal soil. In this project we are controlling only three criteria for plant growth i.e. moisture, light and temperature. For our model we are using the specification of a lettuce plant

Plants require a suitable temperature for their growth. So we are controlling the temperature of the model with the help of two fans and one incandescent bulb.

Both the fans are controlled using motor drive and the incandescent bulb is controlled with help of a relay.

The cocoa powder should contain proper amount of water particles in it for plant to perform photosynthesis. For sensing the humidity of the soil we are using DHT11 sensor. This sensor can sense both temperature and humidity, but we have used it for humidity sensing only.

To increase the water content in the cocoa powder, we have connected the water pump with a pipe and punched some holes in the pipe. (concept of dripping irrigation).

Points to be noted. 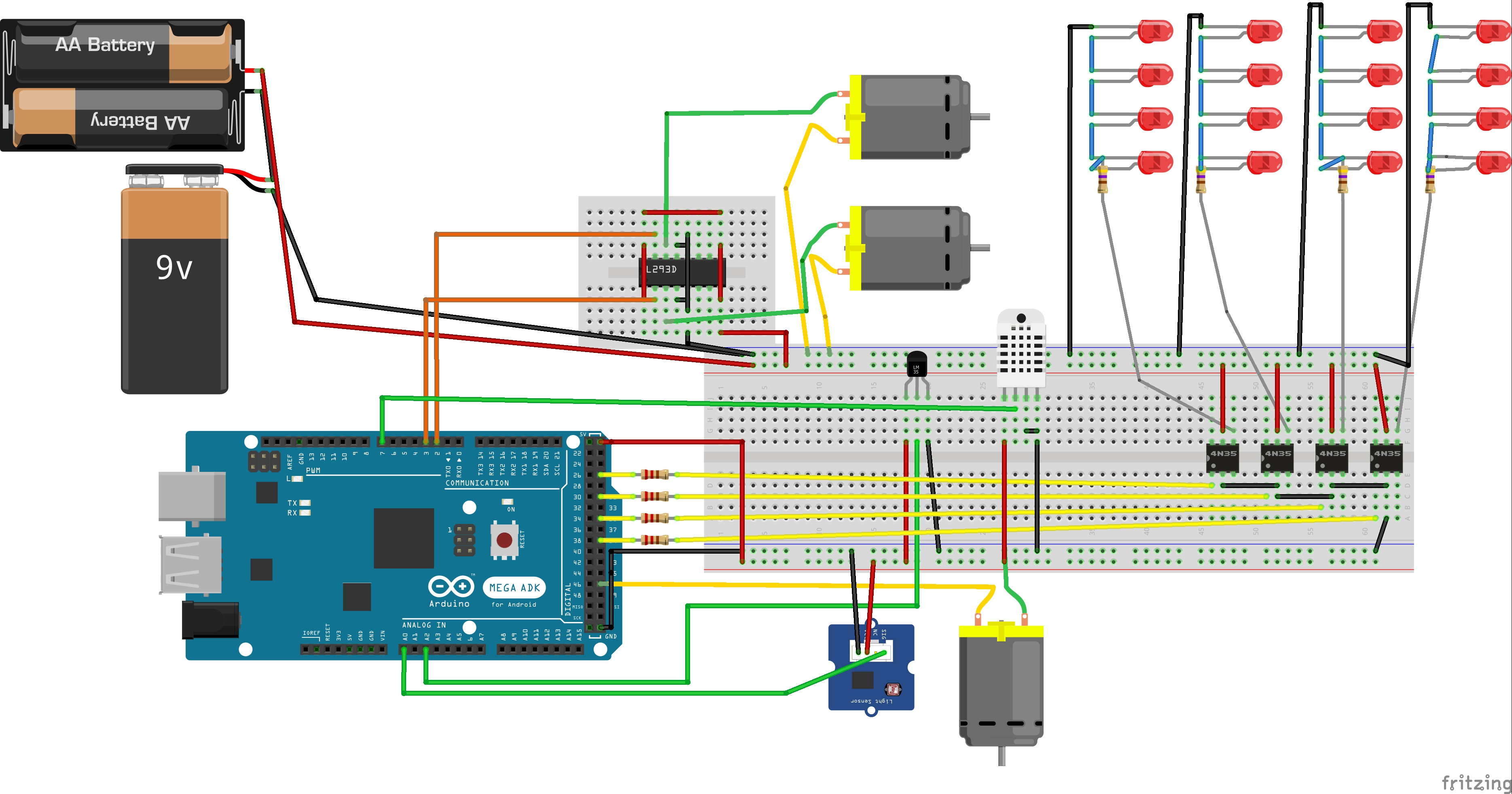 A feedback control system which can control the given fluid level and display us the water level in a tank.

Here is how to use the YL-39 + YL-69 soil humidity sensor with any Arduino.

Water your garden with up to three sprinklers directly from your water tap.