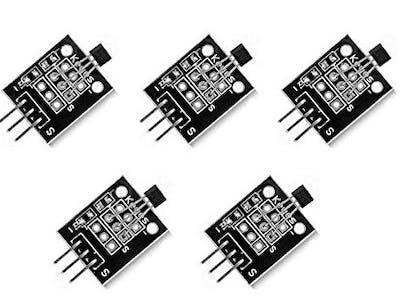 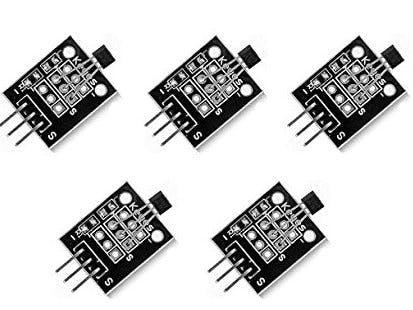 A Hall effect sensor is a sensor that responds to a magnetic field.

When the hall sensor is put in a magnetic field the electrons running through will move to one side of the sensor. The sensor will then have one positive and one negative side and create a voltage, known as Hall voltage.

The advantages of using a Hall effect sensors are:

• A "invisible” sensor. Non contact operation so there is no wear and friction. Hence unlimited number of operating cycles

• High speed operation - over 100 kHz possible. Where as at high frequencies the inductive or capacitive sensor output begins to distort

• When packed immune to dust, air, water where as capacitive sensor may get triggered by dust.

The disadvantages of Hall effect sensors are:

• May be affected by external interfering magnetic field

• Signal can be blocked by ferrous metal

We have used three different types of Hall Effect Sensors in our investigations. Each of thees sensors have different responds to the magnetic field.

The first sensor "Touch" (A 417) turns on only when a magnetic field gets close enough up to the sensor it switches, then off when removing it.

The second sensor "Latching" (A229) reacts by switching on with one pole then holds this state until you switch it of with the other pole. So If the north pole of a magnet turned it on, the south pole of a magnet is then needed to turn it off.

The third hall effect sensor "Distance" (A 324) reads the magnetic field gradually. When no magnetic field is sensed, this sensor will output half of the source voltage, (2.5v). When a magnet approaches the face of the sensor, the output voltage will increase or decrease, depending on which side of the magnet you are using.

We combined two sensor to test if this could make the sensors more efficient. This made the sensor range larger, reacting on both sides of the sensor.

We used a light painting technique to visualize the scale of area where the sensor reacts on the magnet.

These tests shows that you can make an "invisible" switch, which is one of the advantages of the Hall Effect Sensor.

Step 4: Controlling a Motor With a Hall Effect Sensor

In this experiment we tested out the Hall Effect Sensor with different outputs. We looked at how the sensor worked with a DC motor and a Servo motor as an on output, and how the sensor controlled the motor. We experimented with the three different types of sensors, the "Touch" (A 417), "Latching" (A229) and "Distance" (A324) sensors. The touch, and latching sensor works as a switch (on/off), and with the distance sensor you can control the motor speed with the distance of the magnet.

In this experiment we made a board came with multiple Hall Effect Sensors and a magnet attached to a toy car. We placed the sensors under the board and connected these to different led lights. By following a path the car would activate the different sensors and make the the LED's blink. This could be a fun idea for a interactive car game for children.

This could be a concept for a game. Another opportunity is to attach a magnet to the wheel of a bike or a trolley, and make it light up when its moving.

The idea is to create an alternative way to visualize time.

We attached a magnet at the end of a pendulum to create a timer. Hall effect sensors are put under the bottom position of the pendulum and would read a signal every time the magnet passes by. When the sensor is activated it will turn on a led. So when the pendulum stops, the led will give a constant light. The pendulum will run for a minute and the blinking led lights will indicate how much time it is left of the minute.

CODE-1- FOR CONTROLLING A MOTORArduino 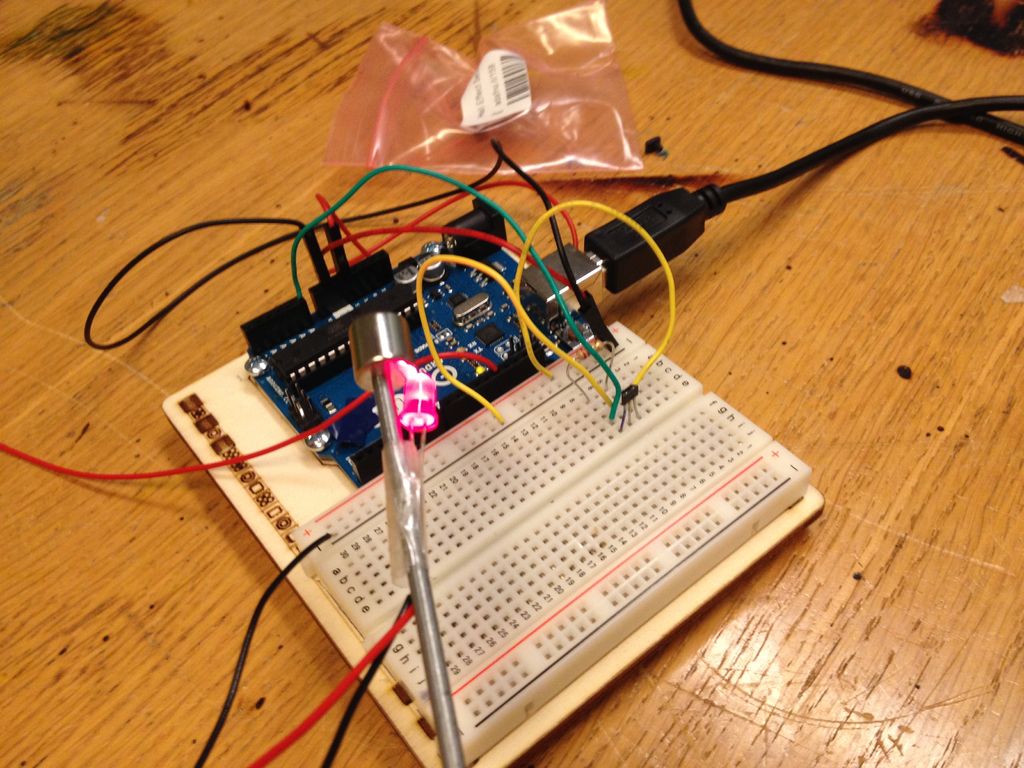 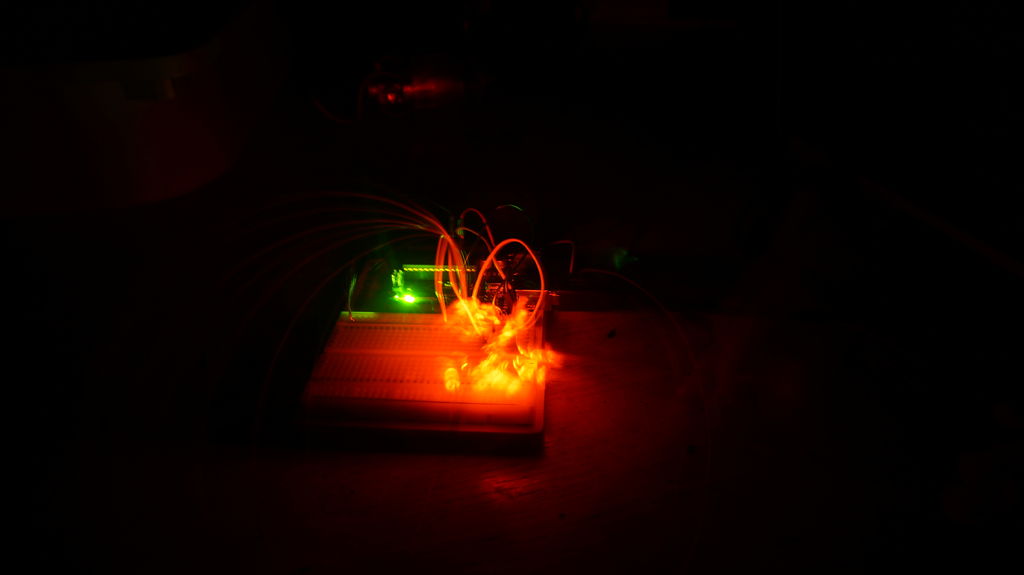 An outlet that can control your devices that need to be plugged in.

When my ultrasound sensor stopped working, I decided to improvise by making an obstacle avoidance bot using IR sensors (cheaper too).