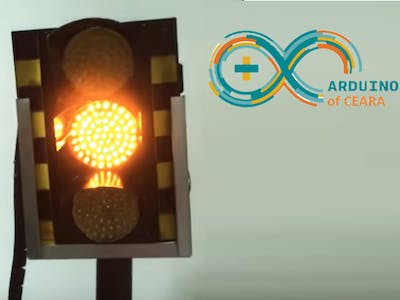 Complete design of a traffic light using 250 high brightness LED, learn the electronic circuit and have fun controlling it with your Arduino 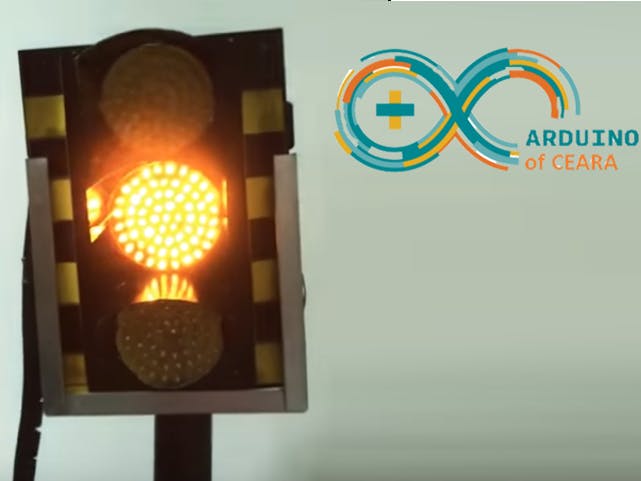 Complete design of a traffic light using 250 high brightness LED, learn the electronic circuit and have fun controlling it with your Arduino

Learn how to build a traffic light with more than 200 LEDs.

Simple and very productive project, with this project, besides learning to program the Arduino, you will have lessons in Basic electronics, welding and making of printed circuit board.

At the end you will have a traffic light with real size with approximately 250 high brightness LEDs alternating in green, yellow and red.

We will try to make a very complete article explaining part of how this project is, from electronics to programming and assembly.

The components that we will use will be LED, resistor, Transistor, power supply and arduino.

Analyzing the schematic above we have a high power resistor connected right at the source output to the circuit.

The resistor value is 220 Ohm for 2W of power, this resistor was calculated for a 12V and 3A source, if you use another source you need to do the current calculations to guarantee a voltage drop of 4V on the LED and only pass 15mA for each line at most.

Checking the image above we see that the LEDs will be connected in 3 blocks, where each block is driven by a transistor, which we will see in the next image.

This circuit is connected to a transistor as in the image below:

The transistor is the BC548 where, as previously mentioned, one is connected for each LED circuit and these transistors are connected in parallel at the Arduino output protected by a 3900 Ohm 1 / 8W resistor.

The image below represents the complete connection with the Arduino in a more didactic way.

We used the Fritzing LED BARGRAPH component to symbolize the 7 LEDs in parallel and the complete circuit represented by each color by 01 LED would look like this:

Now you can distribute the 63 LEDs of each color so that it is in the original shape of the traffic light, you can draw the circuit above in an electronic circuit software and print to produce your plate, or you can use a perforated copper plate, just like to the one used in this schematic. 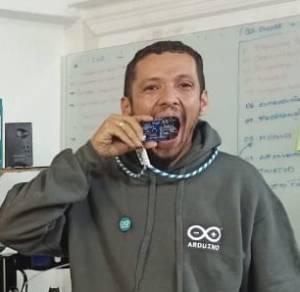 If there will be no traffic on the other signal, one shouldn’t wait for that signal. System will skip that signal and will move on next one.

It's a simple LEGO traffic light.