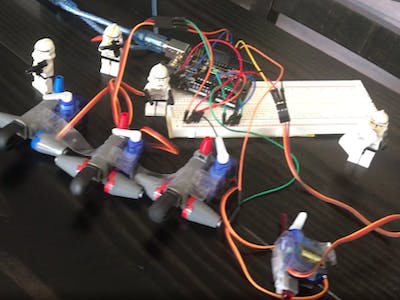 A project that uses SG-90 Micro Servos to shoot Lego cannons, because why not. 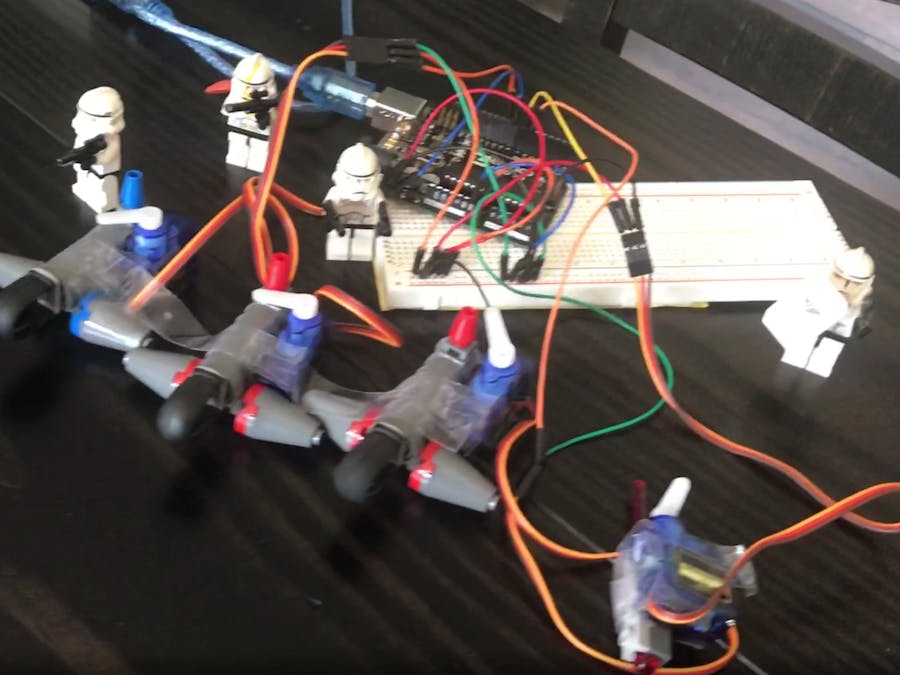 A project that uses SG-90 Micro Servos to shoot Lego cannons, because why not.

This project is about getting Lego Cannons to shoot automatically. I like playing with legos, and I like using Arduinos, so I decided to do this project in my free time. The Servo motors, with their horns attached, spin around hitting the lever and shooting the cannon. A great first, second, or third project for beginners!

This is a step by step guide on how to make it.

The Servo has three wires - the orange/yellow (signal) one will take up a slot in the DIGITAL (PWM~), the red one (Power) will go to VIN (which is any pin in the positive row), and the black/brown wire (GRND) will go to the negatively charged row connected to the GRND pin on the Uno. The Digital pin that I used for my first servo is 7. Here is how the schematic looks like when the first servo is hooked in -

Step 1 Part 3: Wiring up the rest of the Servos

Once you get the hang of it with the servos, the rest should be a breeze. One thing to note, however - you have to keep consistent with the Digital Pins you attached with your servo in the code.

For example, the code (which can be found at the bottom of the page), states-

Therefore, the second Servo must be connected to the digital pin 8.

However, these can be changed so that they are in any order you want them to be. Just make sure you are changing both hardware and software for consistency, otherwise, the code will not work.

To run with the code provided at the bottom, this is how the schematic should look like-

Congratulations! You have officially completed the hardware portion of this project.

Now, copy and paste the code at the bottom of the page onto an Arduino sketch, and upload it. Make sure you have the Servo library before uploading the code, otherwise it will not work! Below is a step-by-step guide explaining the code and what it means when running the program.

This code sets up the Servo.h library, which will play a fundamental role in the code. This can be shown by the following lines, using the library to define four cannons as Servos, or motors that can be rotated 180 degrees.

The void setup() code is used within almost any Arduino project, and it is code that is only run once. In this case, we are starting the newline Serial Communication at 9600 baud. Then, we are printing things in the Serial Monitor. In order to program the Servos, we have to connect their names the their respective digital pins. This is the purpose of the .attach() piece of code.

This is the final piece of code, using the void loop() function that allows the following code to be run an infinite amount of times. Then, we print in the Serial Monitor that the cannons are about to fire. The Servos for each cannon should spin 180 degrees, then spin back to the original position, one at a time. After that, there should be 10 seconds (reloading time) until the process repeats itself again.

If you have any other issues when uploading the code, you can comment in the comments section and I will respond ASAP. If it works, then move on to the next step.

The last step requires the lego cannons and some old-fashioned regular tape. The lego cannon looks like this -

Run the code. See which way the servo turns. Tape the servo onto the lego cannon so that its trajectory sets it on a collision course with the lever on top of the cannon in the picture above.

Good job! You have officially finished this project. Like I said, comment in the section below if you have any questions.

A video of the Lego Cannons being shot at some battle droids.

If you liked this project, check out these links -

Paste this into Arduino IDE 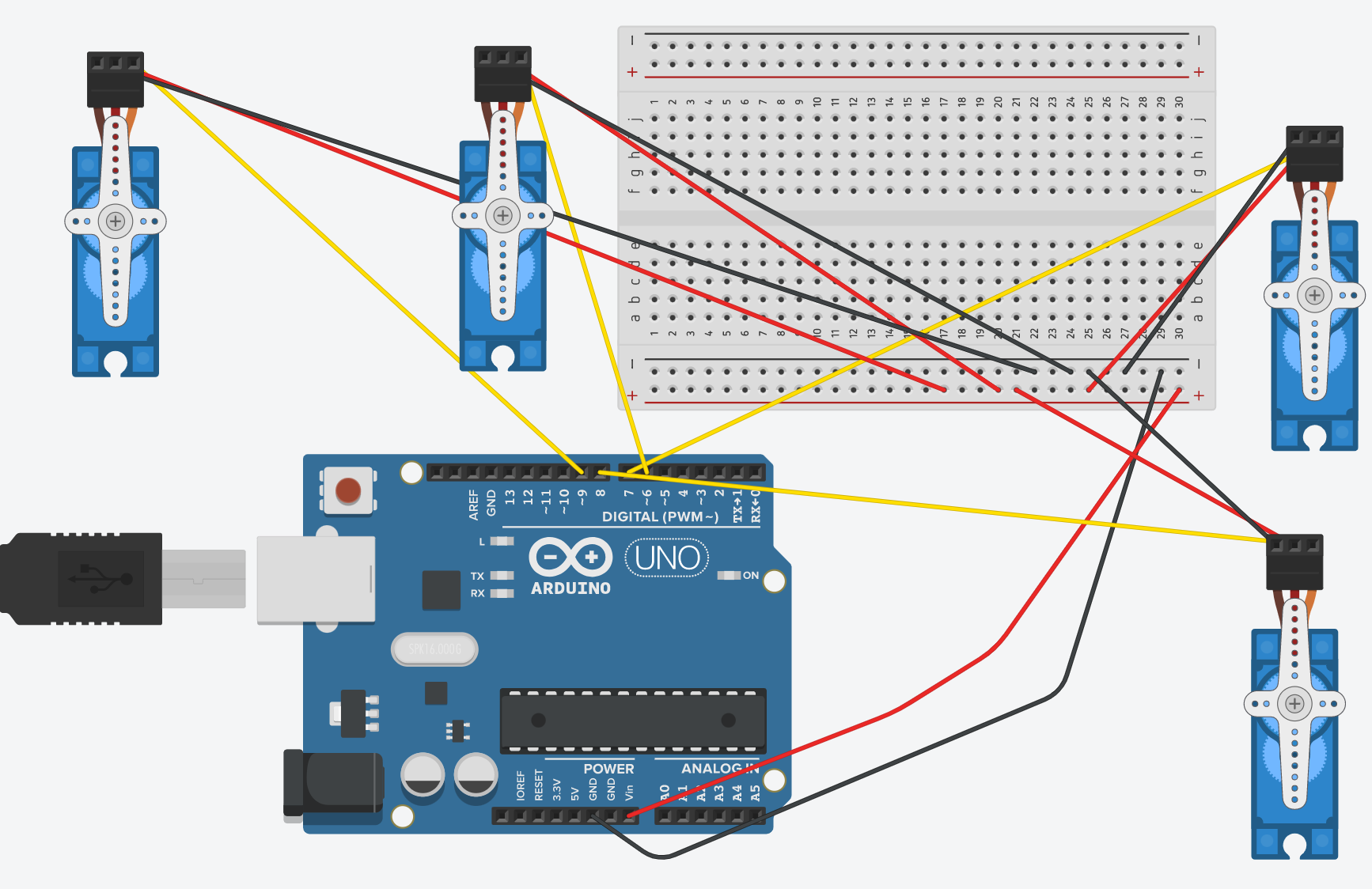 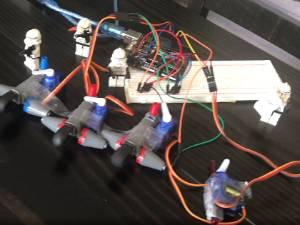