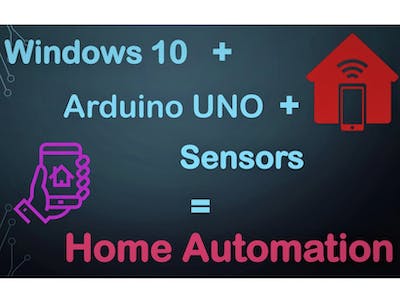 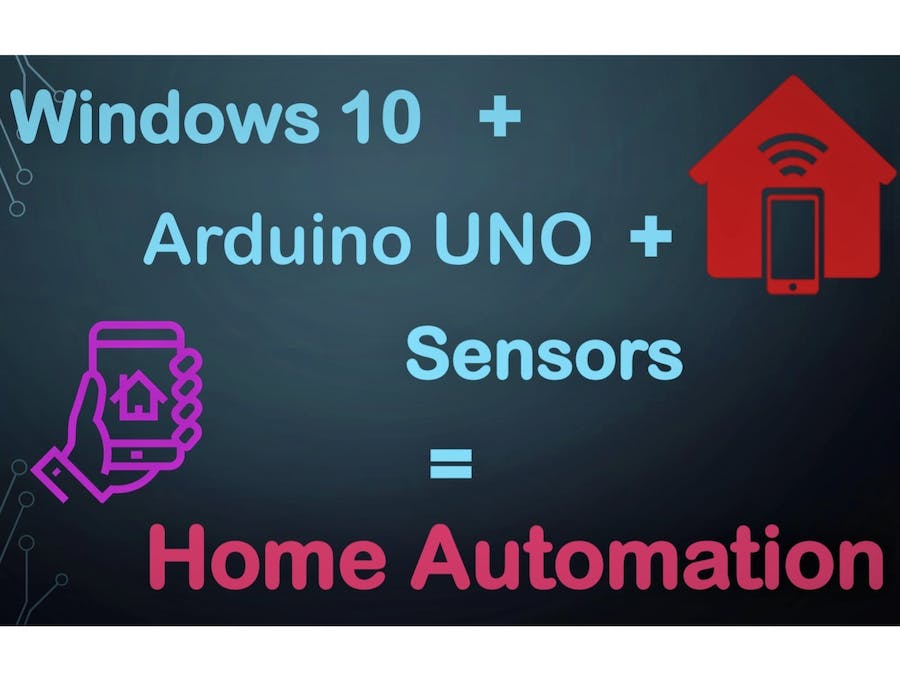 In today's era, technology can enhance human life. Technology is evolving decade by decade. Automation was a science fiction earlier but not today. By combining latest technology with home, we can build an awesome home. With the Arduino uno and Windows 10, we can build a home automation system that is capable of operating home devices automatically.

Now considering room scenario, an Arduino UNO will control devices and reads sensor data. The figure "Room Architecture" depicts how the Arduino UNO will connects with the devices and sensors. Room have multiple controllable devices(i.e. Light(s), Fan, Wall Socket(s), etc.), one PassiveIR (to detect human presence in the room), one temperature sensor (LM35 to collect room temperature) and LDR (to detect light intensity near room window).

Servo motors are geared DC motors with the closed-loop circuitry incorporated within them. The basic configuration of a servo motor composed of a DC motor, gearbox, potentiometer and control circuit.

DC motor is used to move a gearbox with a large reduction ratio. The final shaft imposes a force on the external load and simultaneously acts on the axis of the feedback potentiometer. So, the potentiometer senses the position of the axis and sends a corresponding voltage to an operational amplifier. This voltage compared to the input voltage, that determines the desired position of the shaft, producing a voltage in the output of the comparator. This voltage powers the motor such that the shaft moves in the necessary direction to align with the angle that corresponds to the voltage applied to the input.

A precision IC temperature sensor with its output proportional to the temperature (in oC). The sensor circuitry is sealed and therefore it is not subjected to oxidation and other processes.

The pin configuration of the PIR sensor is shown in the figure. PIR sensor consists of three pins, ground, signal, and power at the side or bottom. Generally, the PIR sensor power is up to 5V, but, the large size PIR modules operate a relay instead of direct output.

To make a link between your Arduino and bluetooth, do the following: 1) Go to the bluetooth icon, right click and select Add a Device 2) Search for new device, Our bluetooth module will appear as HC-05, and add it 3) The pairing code will be 1234. 4)after make a pairing, we can now program the arduino and upload a sketch to send or receive data from Computer. 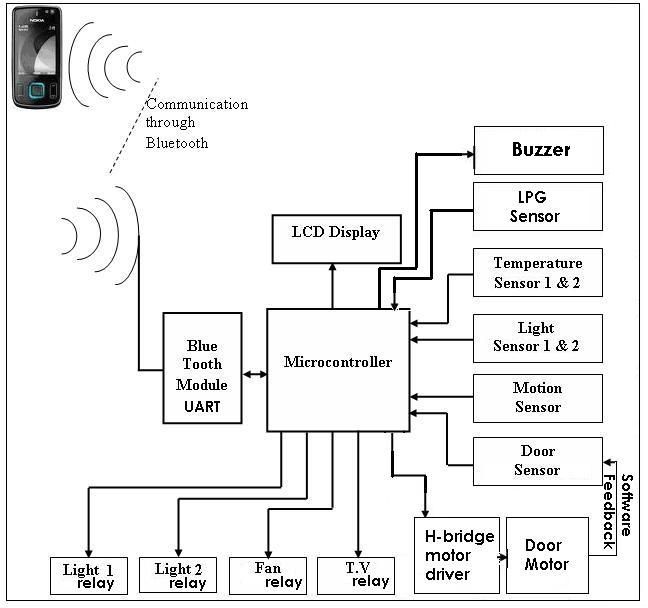