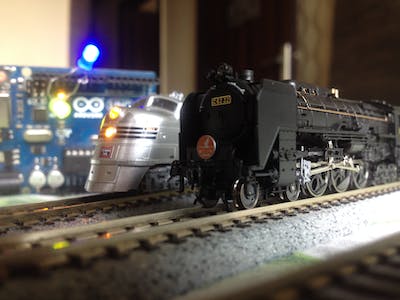 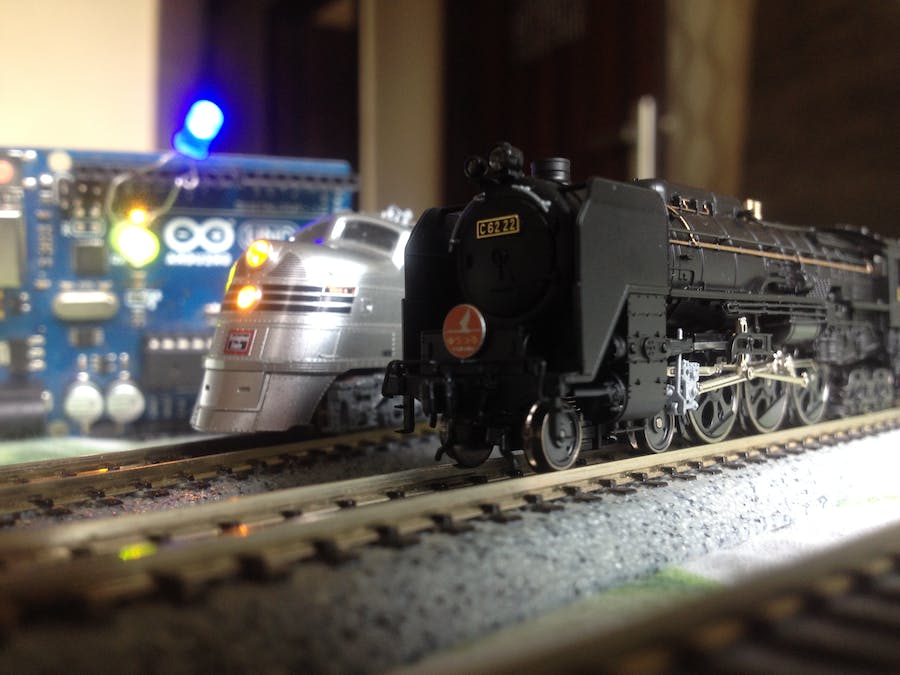 Arduino microcontrollers are a great way of automating model railroad layouts due to their low-cost availability, open-source hardware and software and a large community to help you.

For model railroads, Arduino microcontrollers can prove to be a great resource for automating their layouts in a simple and cost-effective way. This project is such an example of automation of a multi-point model railroad layout to run two trains.

This project is an upgraded version of some of my previous point to point model railroad automation projects.

A bit into this project:

This project focusses on automating a multi-point model railroad layout which has three stations. There is a starting station, say 'A' which initially houses both the trains. The mainline track leaving the station branches into two lines which go respectively to the two stations say 'B' and 'C'.

Watch the above video to understand the operation of the layout.

Step 2: Get All the Required Stuff

Here is what you will need for this project:

Before uploading the code on the Arduino microcontroller, make sure to go through it to get an idea of what all is happening and how.

Click on the above image to know more about the layout and the location of each 'sensored' track and the turnout.

Step 5: Install the Motor Shield on the Arudino Board

Step 6: Connect the Turnouts to the Motor Shield

Step 7: Connect the Track Power to the Motor Shield

Connect the output of the motor shield 'M1' to the track power feeder installed in the mainline.

Step 8: Install the Expansion Shield on the Motor Shield

Step 9: Connect the 'sensored' Tracks to the Shield

Make the following connections with the 'sensored' tracks:

Step 10: Place the Trains on the Tracks in Station 'A'

Place the trains in the tracks of station A. The train A will be placed on the branch line of station A and the train B on the straight one. Refer to step 4 for more information. A diesel locomotive has been used here to represent train B.

Use of a rerailer tool is recommended, especially for steam locomotives.

Step 11: Connect the Setup to Power and Turn It On

Step 12: Sit Back, Relax and Watch Your Trains Go!

If everything was done properly, then you should see the train in the sideline at station 'A' start to move and the operation to carry on as shown in the video in the first step.

If you want you can go ahead and tinker with the Arduino code and make changes to suit your needs. You can expand the layout, add more motor shields to run more trains, increase the complexity of railroad operation such as running two trains simultaneously and so on, there is a very long list of what you can do.

If you want you can also take a look at some different layout automation projects here.

Control Your Model Train Layout With Your Mobile Phone!