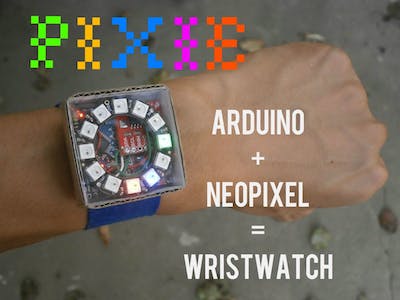 Pixie: An Arduino Based NeoPixel Wristwatch 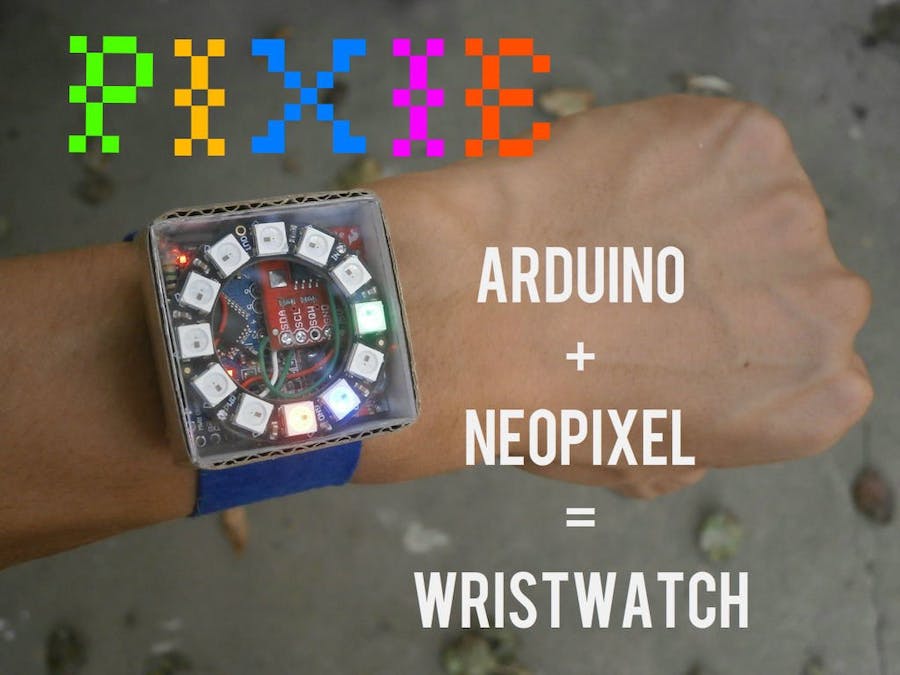 Ever since the dawn of time, people have begun to dispense time. First was the sundial, later appeared water clock after them was the hourglass. Millennia later was created the first pendulum clock and few centuries later the electronic watch.

Today I'll show you how to make Pixie, a wristwatch that combines both analog and digital clock technology, with the precision of an atomic clock.

PIXIE shows the hours in blue, the minutes in red and the seconds in green, it also has a flashlight mode that is activated, by capacitive touch switch, for 10 seconds. You may ask why, that's because the LEDs heat-up and they might get damaged, but if you want, you can increase the time at your own risk !

Step 1: Parts, materials and tools for the project

As you see on the schematics, the RTC module DS1307 is connect to the TWI (I2C) interface of the Arduino board(analog pins 5(SCL) and 4(SDA)). The NeoPixel ring is connected to pin 3 of the Arduino.

The 1M ohm resistor is connecting pins 10 and 13 together. The "touch" wire is connected to pin 10.

All GND and VSS pins are connected to the Step-Up voltage regulator (not present on any of the schematics above).

First I solder the 1M Ohm resistor to pins 13 and 10, then I solder the 3 wires for the NeoPixel ring and one more for pin 10.

After that I connect the step-up regulator with the RTC's GND and VSS, then I connected SDA, SCL, GND and VSS of the RTC with the Arduino Pro Mini board, again with wires by soldering them.

At the end I hot glue all of the boards together as compact as possible.

For enclosure I used a simple cardboard box which I made using a piece of cardboard and some duct tape, and a piece of transparent plexiglass, 37 x 37 mm and thick 3 mm, as top.

Feel free to download the .zip file that contains the whole source code for the watch.

You will also need these libraries:

I used Arduino UNO as programming board to upload the sketch to the Pro mini. I suggest you to use that. 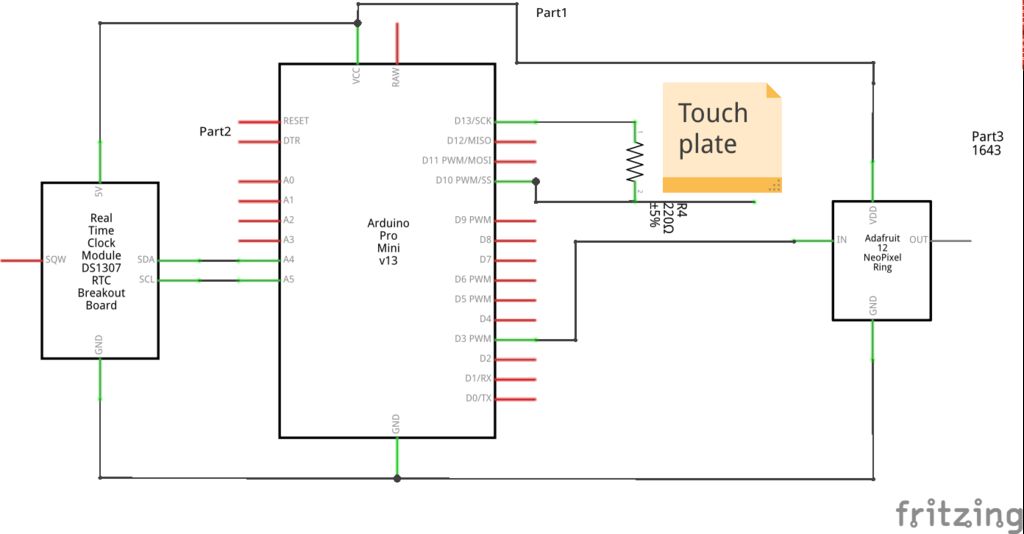 In this project, we'll combine a gyroscope and NeoPixels to build a device that lights LEDs corresponding to the angle of inclination.

In this tutorial we're going to play with a gesture sensor and a NeoPixel ring to learn how to combine them both using an Arduino.