This is a board to control two Nokia screens to give my robot eyes. It will be connected to the microcontroller via I2C (two Wire).

Project in progress by Tim Jackson

This is a board to control two Nokia screens to give my robot eyes. It will be connected to the microcontroller via I2C (two Wire).

I have got the the stage where I am to make a head for it. But before I do that I want to design some eyes for it.

I have set myself some parameters:

To control them via I2C I will be using a pin expander PCF8574 I2C device,

For the Back lighting I want to use Intelligent RGB LEDs.

I want to control these through the pin expander via I2C also, so I will be using SK9822 these are 6 pin, they have data and clock wires.

So the first thing to do was get out the bread-board and make a prototype.

Here's a video of my first prototype.

Once it was all working it was time to make a PCB to mount the screens on.

I used KiCAD to design the PCB and had it made at PCBWay. I have shared the project on there site: TIM-01 EYES PCB.

I have placed the library on GITHUB.

There is more about it here on my robot blog.

Here is a video of it on my robot.

If you would like to make just a prototype.

I have done a Fritzing of just the Eyes. (I made some fritzing components, I hope they download ok)

To do the prototype you will need something to hold a ribbon cable onto the Zebra Strip on the back of the screens.

The ribbon cable (FFC) I used has nine cables with a 1mm pitch. It is the type you find in Flatbed scanners and printers.

At one end I used scissors to separate the cables. I just used the heat of the soldering iron to remove the plastic insulation when soldering the cables to the header pins. (plenty of flux)

I have made a holder on my 3D printer to hold the cables in place.

You will need four M3 x 10mm self tapping screws to hold the clamps in place.

I have done some stl files.

Library for use with Arduino.
https://github.com/Palingenesis/Tims_I2C_Nokia_Eyes_Library

Download
The Fritzing file of just the eyes prototype.
tim-01_eyes_bB7Ua0NxBI.fzz 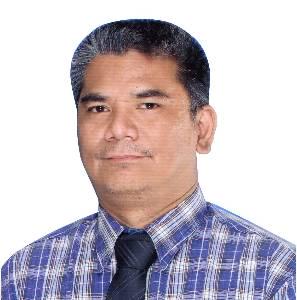 This robot will avoid any obstacle that comes in its way and it's very easy to make.