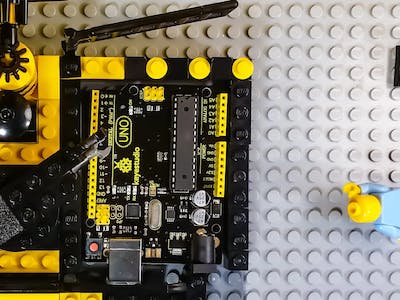 A Lego animated tutorial given by a Lego. 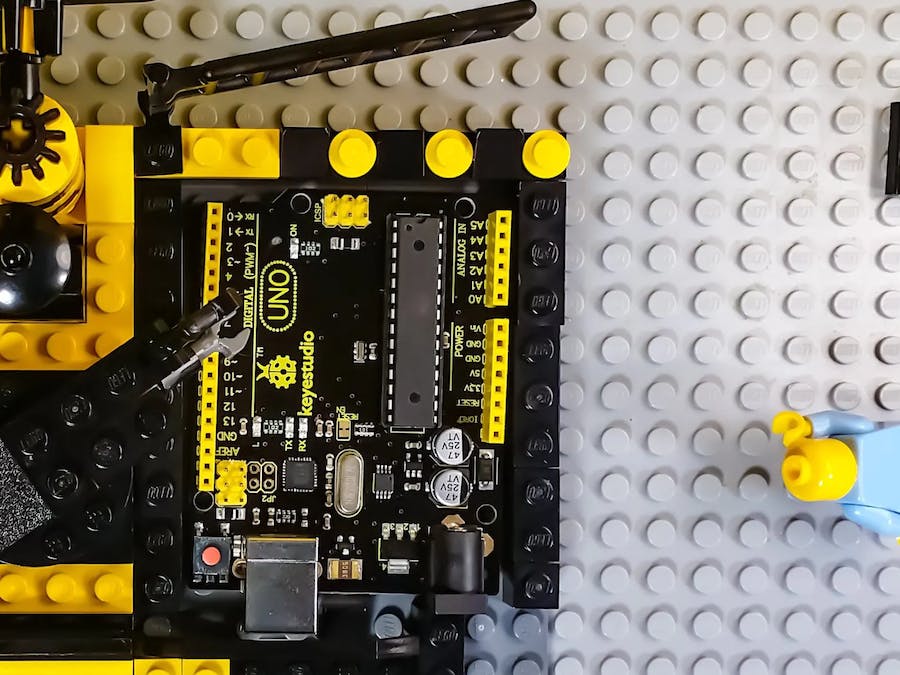 A Lego animated tutorial given by a Lego.

A Lego Arduino Tutorial for kids - the Blink sketch. A Lego animated tutorial given by a Lego. Both kids and adults might enjoy this beginner Arduino lesson. The basic blink sketch presented in what I hope is, an engaging and entertaining way for kids big and small.

A PROTOTYPE IN AND OF ITSELF

After I realized that Legos and Arduinos work well together I got inspired to make a pixilation Lego tutorial. This was a lot of fun and I hope to continue this series. As I continue to learn physical computing I hope to create tutorials that are more engaging. Just like the projects I find here on Arduino Project Hub, every video I create as a tutorial is a prototype for a better build/video.

This tutorial was shot on a 2013 Galaxy Samsung Note 3.

Making a case for your Arduino is fun and easy. I decided to add additional Legos parts so that the figure could work on the Arduino.

THE HEART OF IT

At the foundation of the Arduino and Maker community is the open source philosophy. Along with that comes the natural instinct to create tutorials and videos with others so that everyone can learn. That is what I discovered when I first came to this hub (Arduino and Hackster.) That is the idea behind the videos I have been making. I learn from other's videos and then I share what I learn in my own way.

Make the built in LED on an Uno blink. 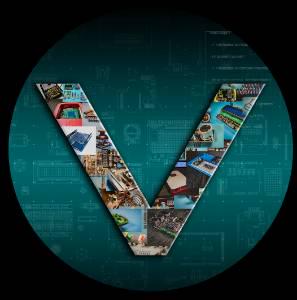 This project details two Arduino powered animatronic Lego Minifigs that talk and move based off that Monster Hunters line.

This project uses a matrix of PTH LEDs to display your initials or name!

This is an easy spectrum display.

Project in progress by Recon85