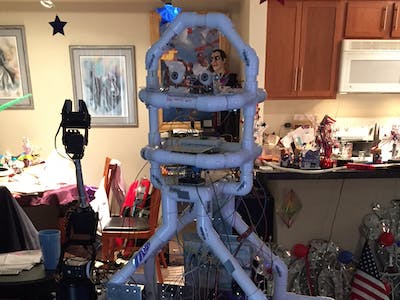 Aria is a voice-activated robotic helper for my mom. 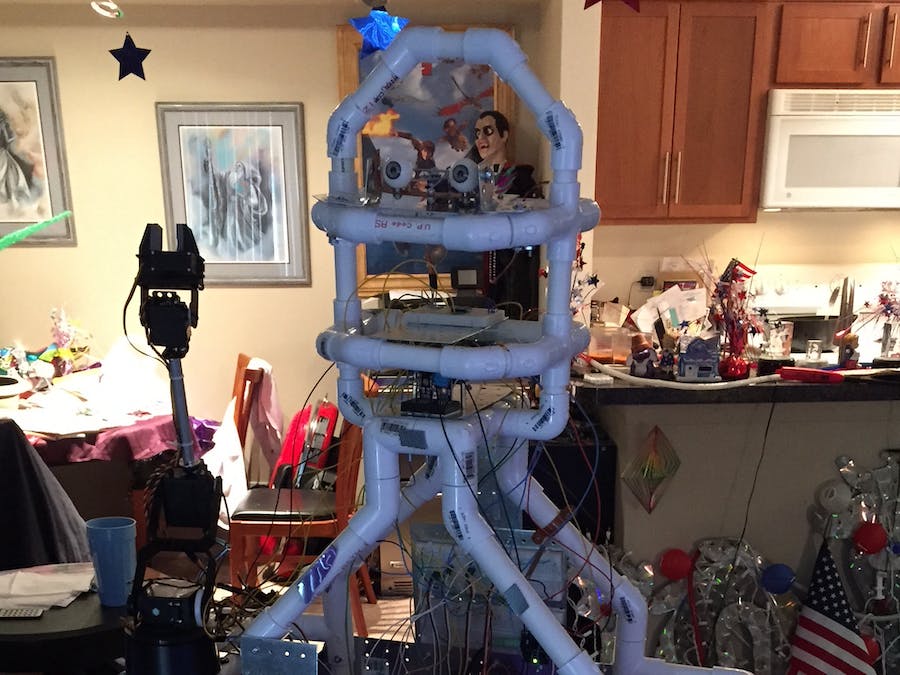 Aria is a voice-activated robotic helper for my mom.

Aria is a robotic helper for the home that has many sensors and is precise enough to fetch things from around the home. She has a Raspberry Pi 3 and an Arduino Mega. You will notice that the cup actually contained one of my medications.

I intend to use her as a robotic helper for my mom who couldn't do small tasks after getting chemo for cancer treatment.

The Raspberry Pi controls all voice activation plus the Swift iPad app I created. The Mega controls all back end subsystems as well as an IR remote sensor as a backup in case the RPi has issues.

I wanted to prove you didnt need millions of dollars to create a robot that could really help people. You just needed logic and determination.

Aria has many functions programmed in C, Python and bash scripts. She has a camera so that I can see what she sees through the flask app. She has temp pressure and motion sensors to test for presence. Basically, it's a sentry feature. I'll be upgrading this with the Adafruit thermal imager sensor. Her arm can track by pixy which tracks objects by size and color.

She runs on 4 12 volt 9 amp batteries. They also are enough ballast so she can hold a good amount and maintain stability.

She has voice activation from the RPi with snowboy and the google voice api. She has an Emics 2 text to speech synthesizer for responses.

Her drivetrain is vex motors geared for high torque with vex treads. There is a 750 Watt converter to connect a 12 volt battery to the RPi. She has her own speakers that are about to be upgraded. They have low volume.

She took approximately three three years and 1200 dollars to build. Completely worth it. I just ordered lithium iron phosphate batteries so that price went up. I’m also adding a 7 inch touch screen to the RPi and thermal imaging from Adafruit.

Be sure to turn sound in for the video aria will bring me a cup with my medication in it when I ask her to.

Her scripts are actually fairly large and constantly evolving.
https://github.com/urdragon2/DexterArduino

More pvc and steel for her frame

Download
Pvc and steel is easier to adapt. This is her third redesign. 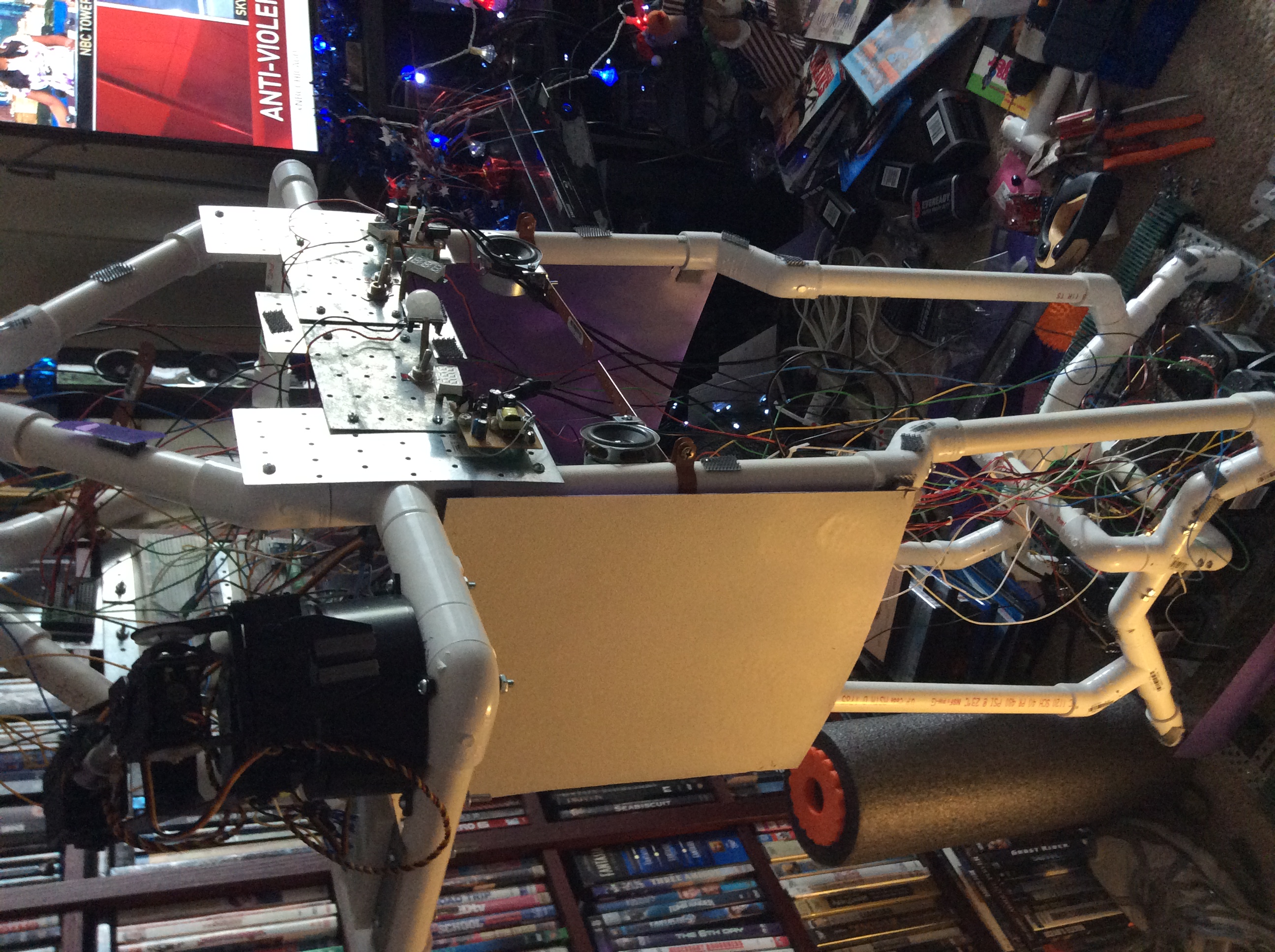 Download
I use PVC and stainless steel for her frame. 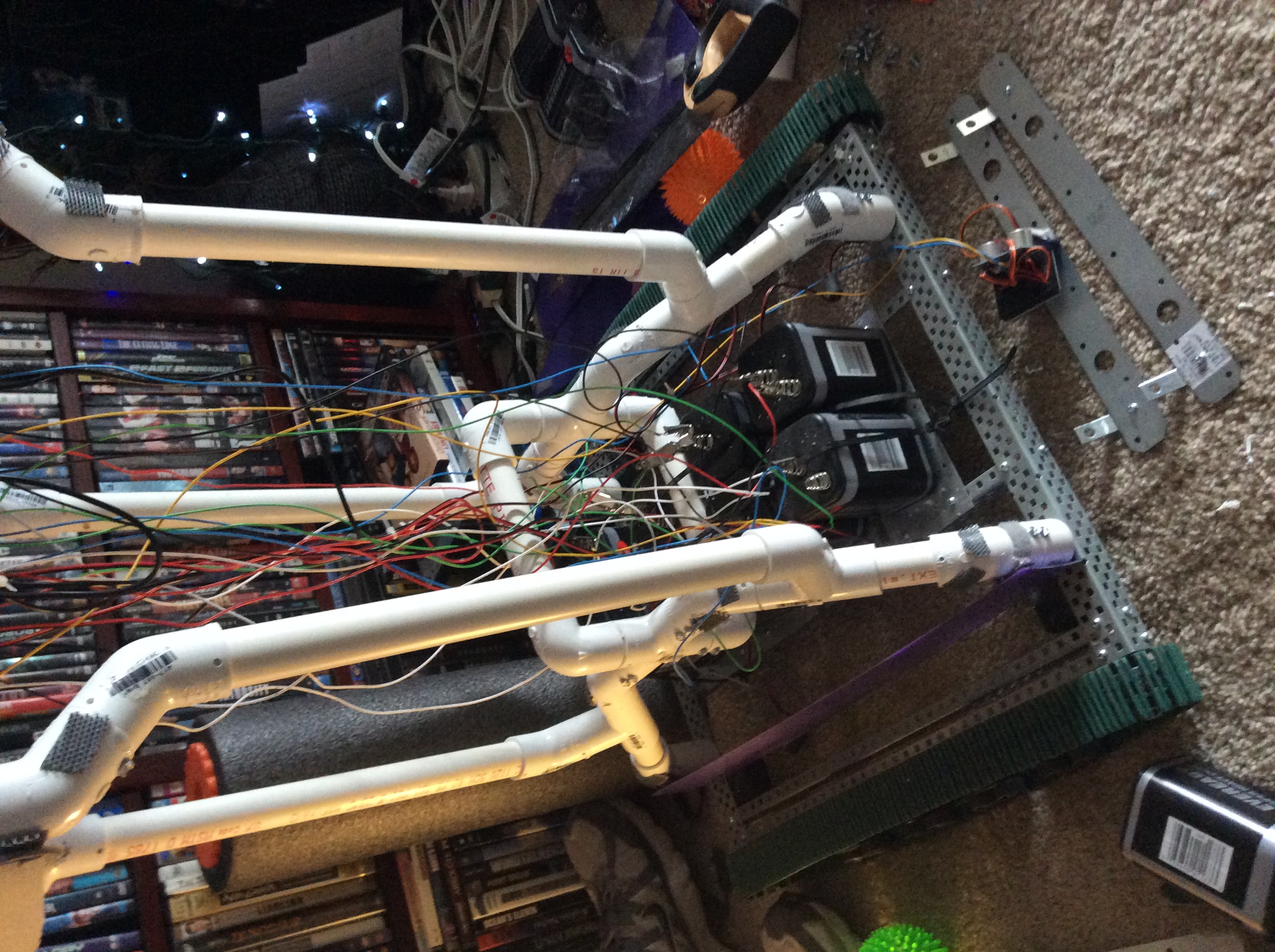 Download
Arias newest upgrade. I found a 7-inch touchscreen to attach to my RPi. It fits her perfectly. I’m going to program a entire touch screen interface to her with this bad boy. I am also testing a lithium iron phosphate battery. It’s from Shorai and I’m incredibly surprised by this tiny powerhouse. I can easily replace three of the five lead acid I’ve been using. 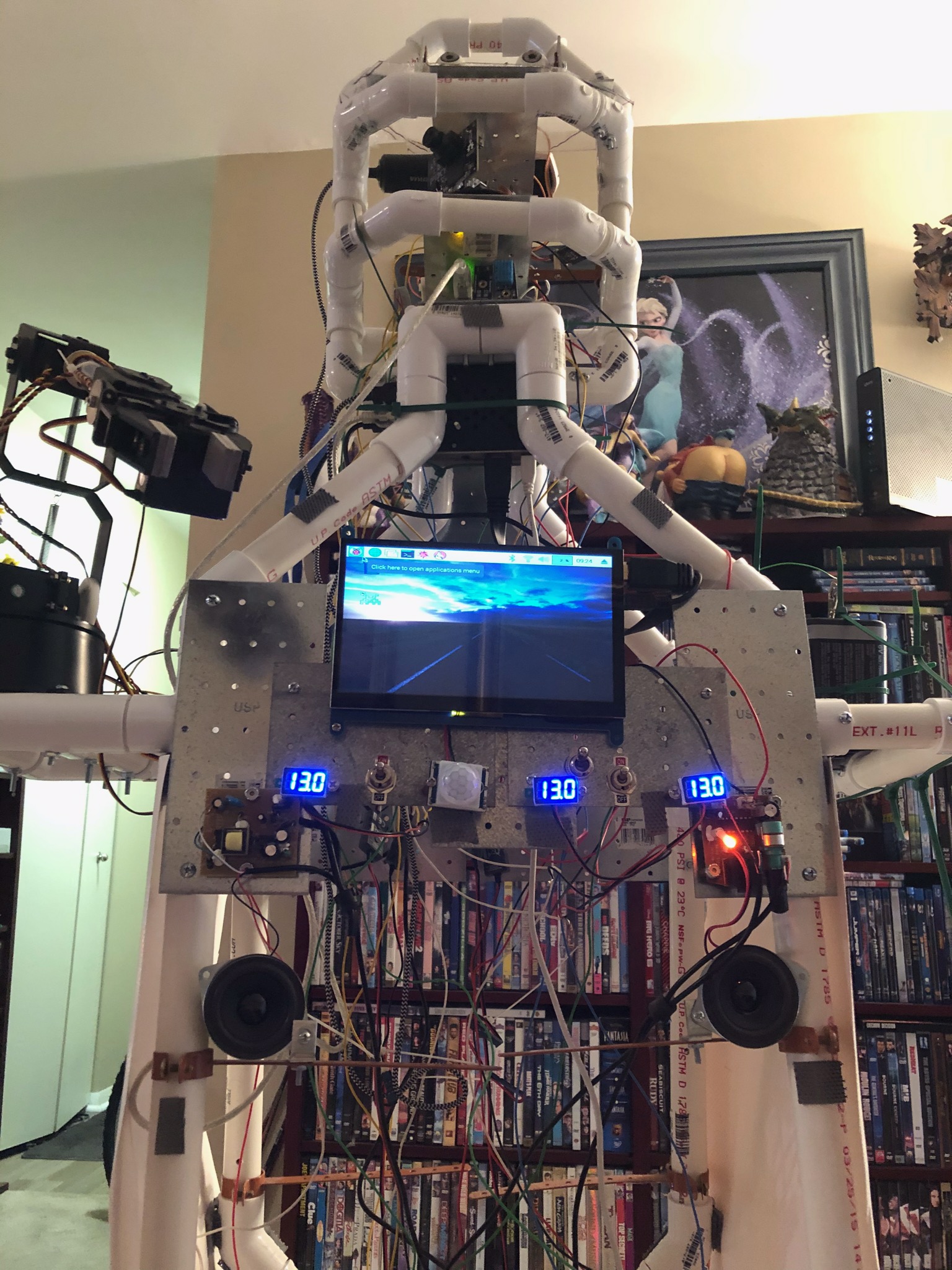 Download
I needed the pins on the Arduino Mega that arias analog eyes were attached to so I changed them out and put digital eyes from adafruit on her. Now I feel like I’m just showing off. Lol. #venturearia
4800f88b-9757-4344-82d2-f1f79e34ff27_ee6dyPen6x.MOV 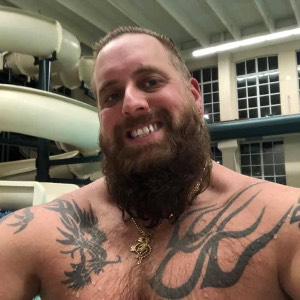 A laser-cut robot kitten that runs and learns from you.

Since the day I heard about and got to play with the Raspberry Pi a few years ago, I’ve wanted to make a Raspberry Pi-powered laptop.