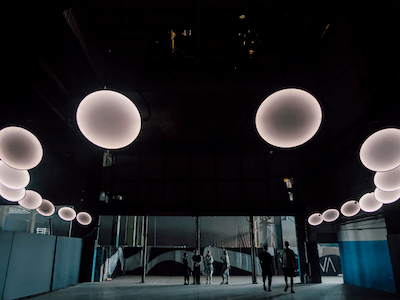 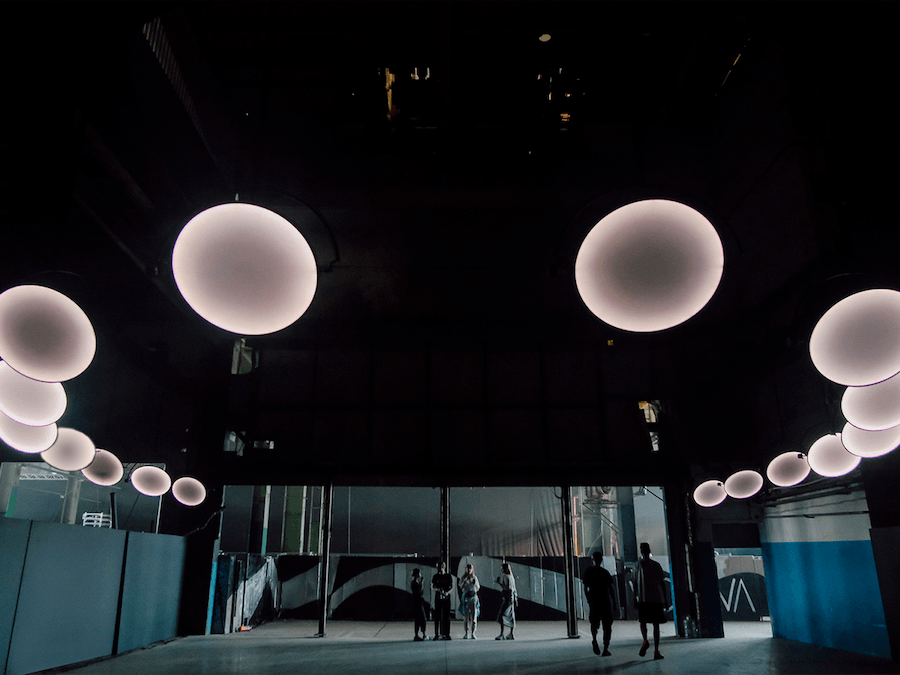 The gloom ripples while something whispers,
Silence has set and coils like a ring,
Someone’s pale face glimmers
From a mire of venomous color,
And the sun, black as the night,
Takes its leave, absorbing the light.

The kinetic light installation "Duel" takes inspiration from the idea that ​​conflict can act as a driving force. The concept of duality finds expression in the installation’s achromatic color scheme, as well as in its construction and form. The installation’s main elements are 16 discs, all nearly flat and each with two opposite sides: one dark and one light. The opposites are in a constant state of “dueling” with each other, and all their attempts to reach one another instead result in continuous three-dimensional rotation. One recognizes in this movement the characteristic twists and turns of a coin that has been tossed into the air. The die has been cast, but the contest has not been decided yet. The discs’ movement through the air creates choreographed scenes with lights and shadows moving across space--the byproduct of a confrontation between two opposite and yet interconnected principles.

The installation was first presented on July 27-28, 2019 at the Present Perfect Festival in St. Petersburg in a separate space in the former factory. 16 motorized light elements were fixed to a 30-meter-long structure assembled in the form of a parabola and then driven in a smooth synchronous movement by custom created software.

An interactive wall that helps senior people to stand up and exercise more.

How to create a website communicating Arduino by using PHP

Gardening is a very long term project taking a little time every day. Why not automate it?