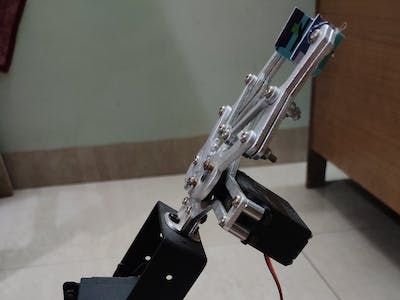 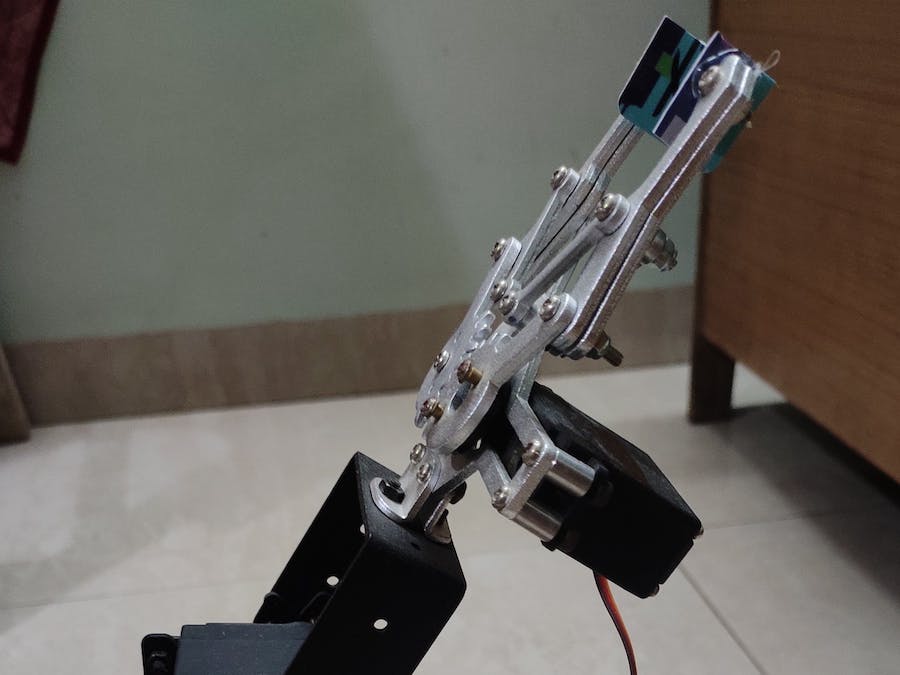 1. Forward Kinematics : Given the angles of servo motor Forward kinematics deals with finding Desired Position of End Effector.(ie given the servo angles such as theta_1, theta_2 and theta_3 Forward kinematics helps to find X, Y and Z coordinates or position of the end effector).This is also used to check whether angles obtained by inverse kinematics are correct or not. The video is provided in this zip file’s “Videos” folder.

2. Inverse Kinematics : Given the X, Y AND Z coordinates of end effector the inverse kinematics deals with finding the desired angles of the Servos to reach the desired location. (for example : For picking an object which is placed at position (X, Y, Z) Inverse kinematics can be used to reach that particular object and grab it. The video is provided in this zip file’s “Videos” folder.

3. Kinematic Diagrams : These are the diagrams used to derive and solve the equations of forward and inverse kinematics. I solved kinematic diagram for an 3DOF articulated Manipulator.

4. Denavit–Hartenberg parameters : This is a method to solve Forward kinematics easily by making a Parameter table.

5. Rotational Matrices and Displacement Vectors : These are used in finding homogenous Transformation Matrix and also for converting camera coordinates into Robots base frame coordinates.

· Step 3: Suppose white plays move E4 here. Move is detected by image processing. Then robot fetches the move from its chess opening dictionary I created and then plays the move accordingly. The dictionary is like { “e5”:coordinates }. From this the Robot gets the desired coordinates and then by Inverse Kinematics picks up the pawn from e7 square and places it at e5 square. This is how picking and placing of piece works.

· Step 4: This whole process keeps on repeating itself unless game comes to conclusion. The whole Robot is controlled by Arduino pro mini which controls and provides necessary PWM to Motors.

Conclusion: The robot successfully detects the moves played and also successfully picks up and place the chess pieces accurately and precisely on the chessboard using Image processing.

WorkingVideo :Feel free to check the working video of this project below :)

A robotic arm which can pick an object from any random location.

A robot for children which helps to play and reduce addiction of smartphone.