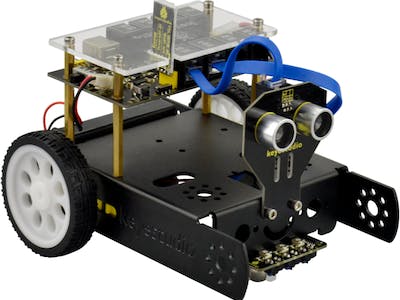 In this post, I want to introduce you to a STEM Robot kit by Keyestudio. Here I have shared: How to assemble the bot, set up the environment 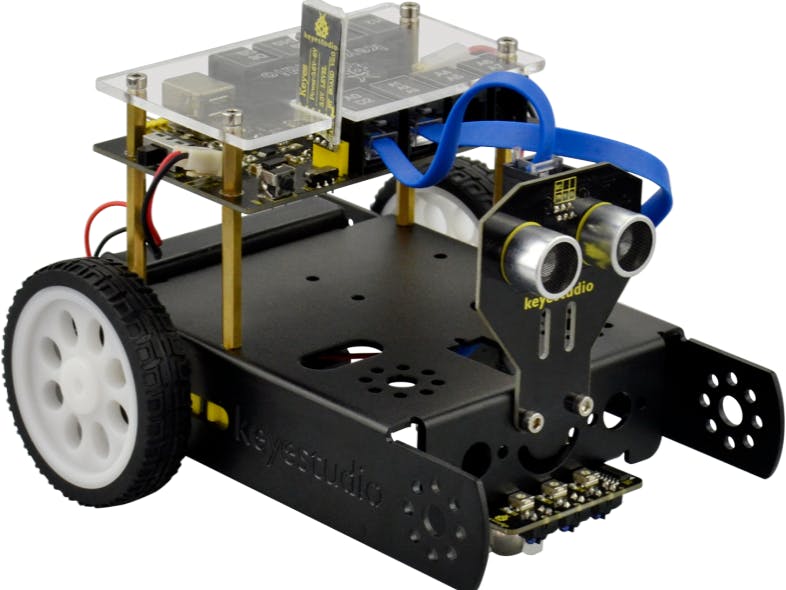 In this post, I want to introduce you to a STEM Robot kit by Keyestudio. Here I have shared: How to assemble the bot, set up the environment

In this post, I want to introduce you to a STEM Robot kit by Keyestudio. Here I have shared: How to assemble the bot, set up the environment and program it. So without wasting anymore time, lets get right into it.

Here are the things you will need for the build:

That's all you will be needing.

The first thing that might come in mind is what really is a KeyBot? Well KeyBot is an educational Robotics kit by Keyestudio which is marketed towards students for STEM (Science, Technology, Engineering & Math) education.

The kit consists of all the parts required to assemble a 2 wheel drive robot along with couple of sensors. This Robot is controlled with an Arduino compatible development board which can be programmed using Arduino IDE or Graphical programming interface via Mixly.

In the box you will find a well put together manual with images and instructions. Along with following components:

The kit provides everything you will need to build the robot although I felt the need to use a needle nose pliers for holding the nut at some places.

I recommend you go through the manual as it is well put together. I will share how I assembled mine.

With that been done, The robot is fully assembled. Now we need to make the connections.

For a more detailed assembly you can refer to the Keyestudio's Wiki page here.

Now all we need to do is program the controller and power up the robot!

To program KeyBot, you can use Arduino IDE which is a bit complicated and requires basic programming knowledge. But if you are a beginner or a student getting into the world of robotics you can use graphical programming to write your codes.

For graphical programming you will need to install Mixly IDE. You can download it from here. Just scroll down and download the software for your system. I recommend installing the Arduino IDE before as it installs all the required drivers and you can tinker around to get familiar with the environment.

Here I followed the instructions to make the Robot follow a black line on white surface.

So first I made the functions for the motors that are front, back, left, right and stop. These functions will be used for all robotic applications as these are the fundamental movement functions.

After that I made the loop which if and else nest. Once the code is completed, connect the controller to your computer using the USB cable and select the com port, then upload the code.

So I have been playing around with the kit for a while now and until now I have successfully made a Line Follower and an obstacle avoiding car.

The kit provides everything one needs to get started. Assembling is fairly easy. It is a great kit for students who are looking to get started with programming and robotics.

I have been working with Arduino and similar microcontrollers for a long time and I am a big fan of Arduino IDE. I prefer programming in C or C++, but it is quite difficult to understand, especially for children. Graphical block programming is very useful as it is easy to understand and teach. I tried Mixly and I will have to say it is amazing. The drag and drop interface makes it easy and more understandable to beginners who have no prior programming experience.

So over all I really like this kit and would love to experiment more with it to make different projects.In next tutorial I will share more details on how to program different features for this bot. I hope you like this tutorial and review. If you have any questions, feel free to comment down bellow. 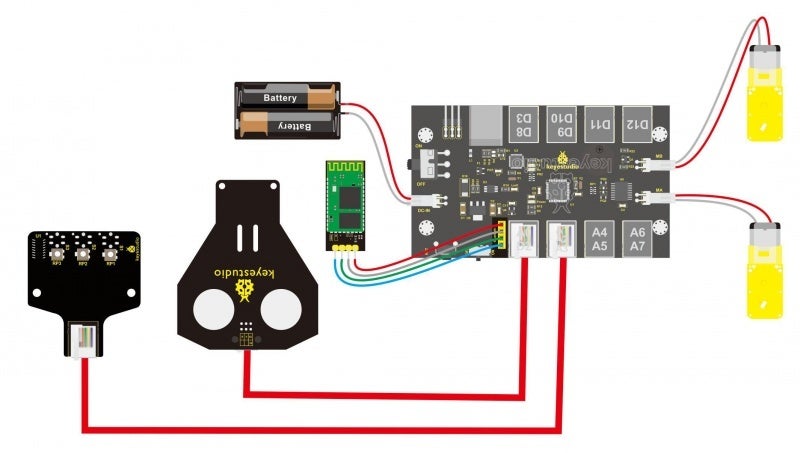 This is a low cost robot that will help students in better learning and understanding.