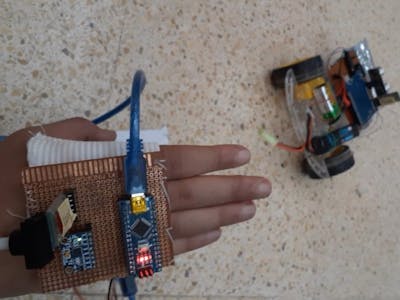 Make this robot moves by just moving your hand!

Project in progress by abdelkader_ch 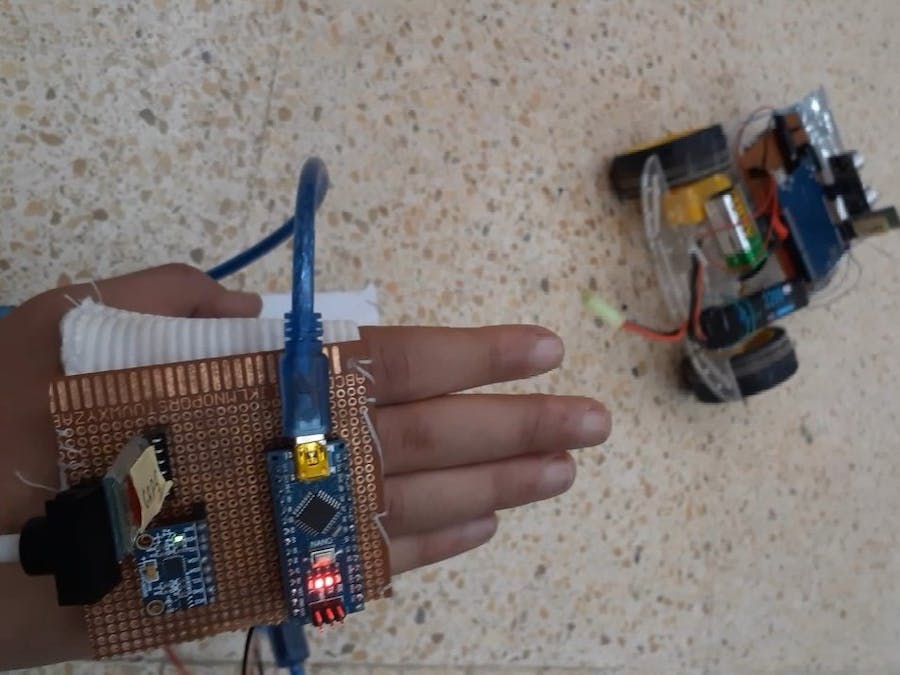 Make this robot moves by just moving your hand!

The ability to control things by a hand seen in movies was like magic, I was so excited to know how it works and try it in real life. So I come out with a very nice project which is a car that can be controlled by moving your hand in the direction you want and the car will follow! it's a cool project and very simple!

This project is essentially made of two-part, the transmission station placed on the hand and the reception one which is the car.

All components are soldering in the PCB board.

The MPU6050 module is made of two built-in sensors which are the gyroscope and the accelerometer, each of these sensors gives data and gets processed by the Arduino nano in order to get the appropriate angle, then according to the output data we'll send special characters that specify the direction the car will choose via Bluetooth module to the Arduino UNO in the car. The code for the transmission unit has been provided in the latter part of this project.

basically made of an Arduino UNO

9v battery to power the Arduino UNO and other components.

12v to power the motors.

All components are soldering in the PCB board.

After receiving the data(special characters), and according to the code written for the Arduino UNO the car will move.

If the reception unit receives the character 'F',then the robot should move forward.

Sometimes your robot will not move in the correct direction. in this case try to find out which motor behaves in this way. Then you can adjust it from the code or just interchanged the wires of the motors.

if you face any problems with this project just let me know in the comment section.

Upload it to the transmission unit.

Upload it code to the reception unit

Interfacing of L293D with Arduino 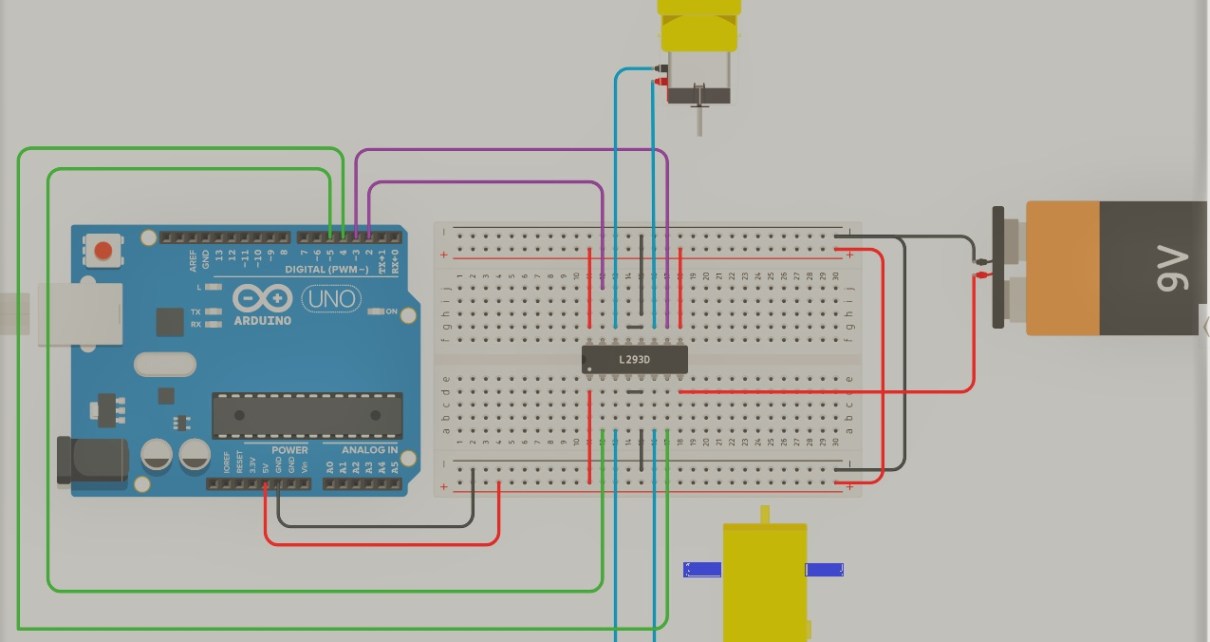