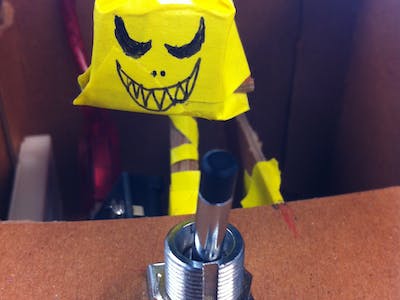 A machine that turns off the knob that you've just switched on- a ruthless battle between human and robot. 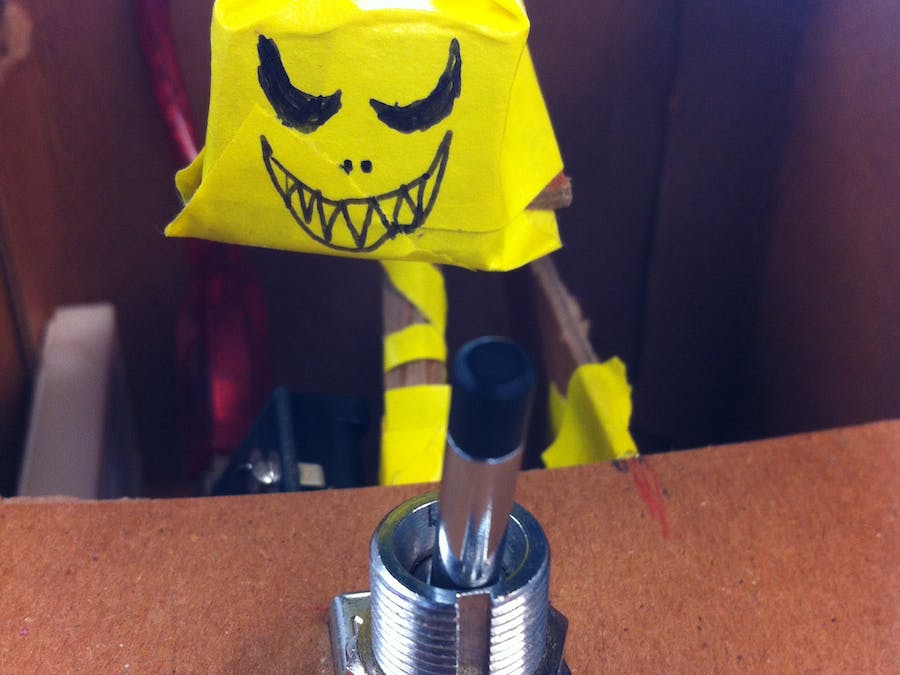 A machine that turns off the knob that you've just switched on- a ruthless battle between human and robot.

Fascinated by this humorous anthropomorphic idea on instructables that left me philosophizing deeply about the essence of art, I decided to make this a project after witnessing many ruthless battles between human and robot on youtube.

The Arduino "listens" to the state of the switch and actuates the servo when the switch is activated.

4. Make a box with cardboard. [I made it large enough to house the breadboard.]

5. Create servo housing and the finger. [Here, I used a rectangular cardboard with a hole as housing for servo motor and dental floss to secure the bind of the finger and servo motor. The finger is made with multiple layers of S-shaped cardboard.]

6. Test the angle of movements and adjust numbers in the program. Make sure there is enough force for the finger to push the switch off.

8. Test the Most Useless Machine Ever and voila!

Move the Arduino to the side so when the finger rotates, it does not get in the way.

Attach the 9V power supply to the Arduino. Remember to detach the battery when not in use or else it will drain your battery.

Download the Arduino IDE for your computer and run it.

Connect the Arduino UNO to the Mac using USB cable. For more info, check out: http://arduino.cc/en/Guide/MacOSX

Below is the code I copied from Instructables to program the Arduino. He modified the "Sweep" code by Barragan.
He also randomized the speed when the finger retreats into the box to make it more interesting. I made slight adjustments to the range.

Download
Using the breadboard to figure out the angle of the servo before soldering the wires is highly recommended. To adjust the programming to get the right angle of the servo hinge and the switch took a lot of trial and errors. 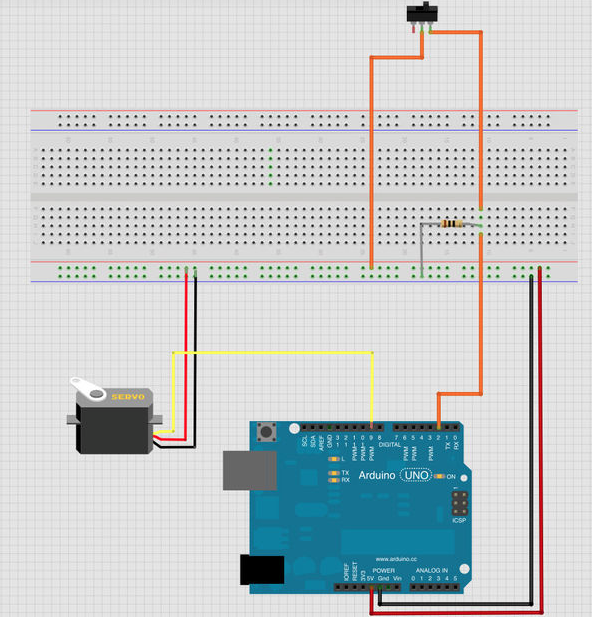