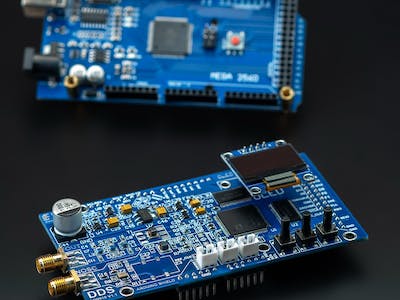 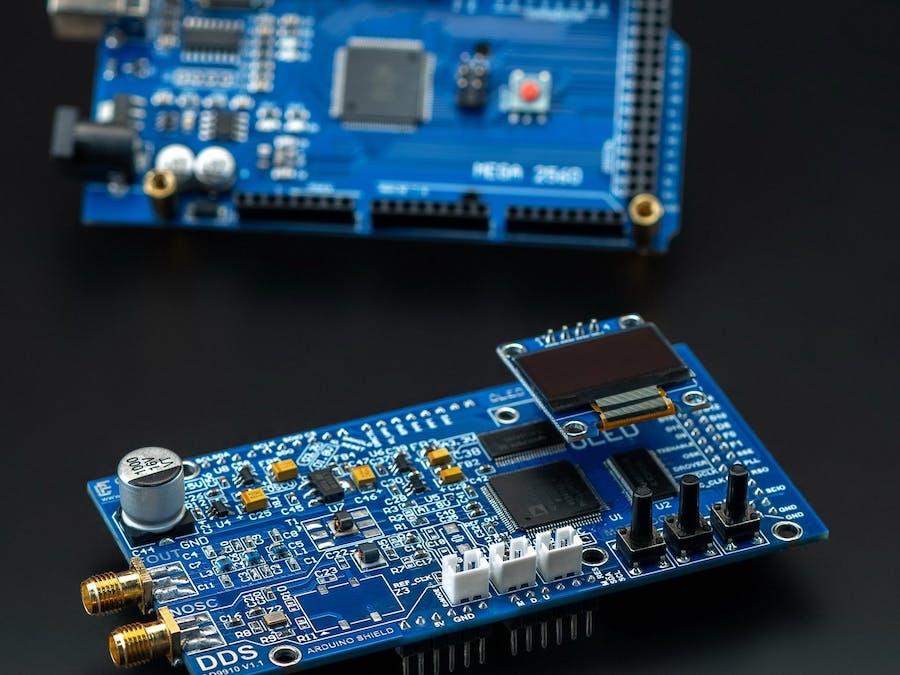 This story began at the moment when we got the need of an RF signal source for our experiments with SDR radio.

For implementing that kind of task, the DDS method (Direct Digital Synthesis) is ideally suitable. There existing ready-made IC (Integrated Circuits) for DDS on the market, here are the most common ones among them from Analog Devices IC: AD9910, AD9912, AD9914 and AD9915. We opted for the AD9910 because it has all the qualities we needed and it has a fair price.

For us were important parameters such as: high stability of frequency, low level of phase noise and also the minimal number of harmonics and spurious. Naturally, when working with SDR radio, it was necessary the ability of quick and easy adjustment of the output frequency in a wide range, for example, from 100 kHz to 500 MHz.

The original branded Evaluation Board costs more than 600 USD. Therefore we decided to first look for a Chinese clone of such a board and it was easily found and bought on eBay at a price of 70 USD:

AD9910 DDS Board from China

When the Chinese copy came to us, it turned out that there is no any existing software for it, and the seller could not provide for us even a connection diagram! It was sad that even an Internet search did not gave an answer on how is it to connect the Chinese board to the microcontroller. It took us for 3 full working days to redraw the circuit of this board on paper. This task was complicated by the fact that the board was of black color and the printed conductors were very poorly visible on it.

After the circuit was composed and before the first start-up, we decided to measure and check the ratings of some elements that caused us a suspicion and it turned out that elements with incorrect ratings were installed in the PLL Loop Filter circuit. We had to recalculate them according to the datasheet for the AD9910 (p. 26) and replace them with the correct ones. Upon further inspection of the Chinese board, it turned out that there were short circuits between several AD9910 legs (made by the Chinese worker during the assembly of this board), and one leg was not soldered at all. Naturally, all these shortcomings had to be eliminated before the first start-up.

Next came the stage of connecting to the microcontroller. In order not to create unnecessary difficulties when programming as a controller for controlling the AD9910, we chose the Arduino Mega. But since the ATmega2560, which is installed on the Arduino Mega, has signal levels of 5 Volts, and the AD9910 has 3.3 Volts, it had to also connect an additional level converter for 32 channels.

After that it had to study the datasheet for the AD9910 and write a control program. And only after that it was possible to turn on this whole circuit and measure the output signal. It is better to do all this with a spectrum analyzer. When we turned on the spectrum analyzer, we were unpleasantly surprised at how terrible everything was:

Spectum for DDS AD9910 board from China

Comparison Our GRA & AFCH DDS9910 Board vs China board

There were a lot of harmonics and spurious on the screen, and their level reached -25 dBm! And this is despite the fact that according to the documentation by Analog Devices to AD9910 the level of harmonics should not exceed -60 dBm. This was already enough to understand that nothing good would come out of using this board as a heterodyne for an SDR receiver. But we decided on practice to make sure on how badly everything will be.

To receive the signal, we used a receiver based on the IC MC3362, and fed the RF signal from the DDS AD9910 to the heterodyne input of the MC3362, and the Yaesu VX-6R radio station was used as a transmitter. But despite the high-quality transmitter, we could not hear anything except noise and screeching.

Therefore, we set a goal to create a generator with the characteristics declared in Datasheet and Applications Notes to the AD9910 in the form of a Shield for Arduino, that is, with the ability of connection without extra wires and external peripheral circuits, such as level converters.

Upon creating such Shield, we strictly adhered to all the recommendations from the manufacturer, and did some things even better. Here is an incomplete list of the main technical solutions that allowed us to achieve a good result at the end:

In total, at this moment, the device has the following view:

The software part of the device allows to configure and save the following parameters in non-volatile EEPROM memory:

We took measurements of two boards and compared their readings:

Since the intrinsic phase noise of DDS is obviously less than that of PLL generators, the final value is highly dependent on the clock source. In order to achieve the values stated in the datasheet on AD9910, when designing our DDS AD9910 Arduino Shield, we strictly adhered to all recommendations from Analog Devices: PCB layout in 4 layers, separate power supply of all 4 power lines (3.3 V digital, 3.3 V analog, 1.8 V digital, and 1.8 V analog). Therefore, when buying our DDS AD9910 Arduino Shield, You can focus on the data from the datasheet on the AD9910.

And figure 15 shows the noise level when using an external reference clock 1 GHZ, with the PLL off.

Figure 16 shows the noise level when using the built-in PLL in DDS. The PLL multiplies the frequency of a 50 MHz generator by 20 times. We use a similar frequency - 40 MHz (x25 Multiplier) or 50 MHz (x20 Multiplier) from TCXO which gives even more stability.

Conclusion: when using external clocking, You can get much lower phase noise than using the built-in PLL. But do not forget that in order to achieve such results, increased requirements are put forward to the external generator. 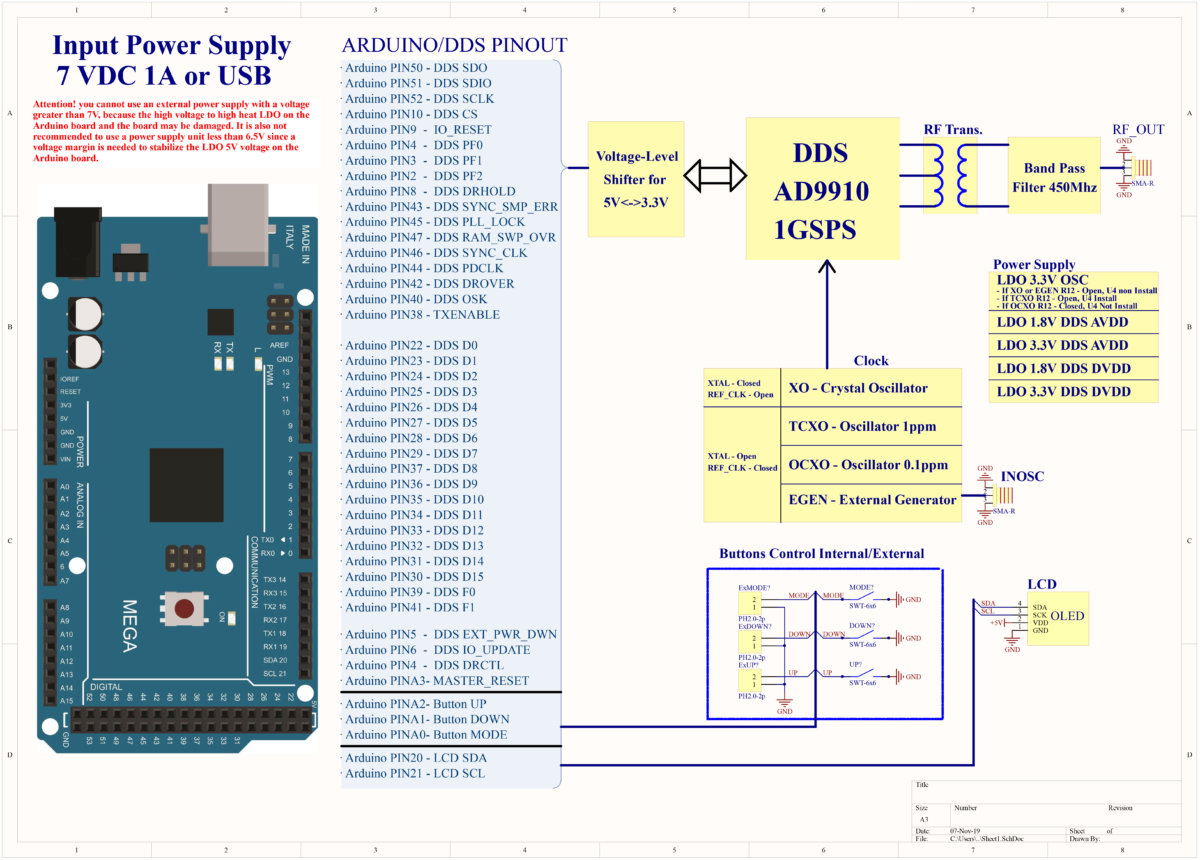 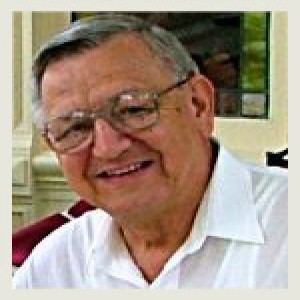 An accessory for a beginners programming course: The shield aims on providing examples for the most common Arduino programming use cases.