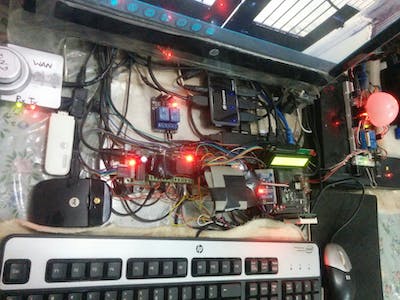 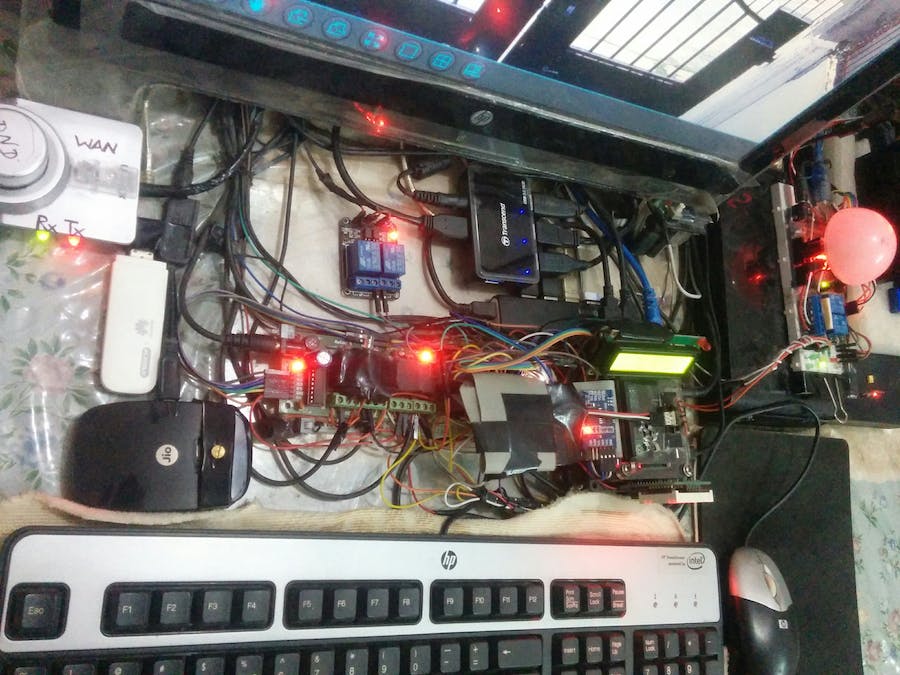 Receive a doorbell notification via email and SMS with a minute video capturing the image of the person standing at the gate that automatically is uploaded to Dropbox.

For home power outage notifications, I receive email/SMS alerts which precisely tell me when the power is available again with the total outage time. Depending upon the outage, I carry an analysis to know the backup availability and take actions accordingly.

For security camera purposes, I have used Raspberry Pi as NVR (Network Video Recorder) where I record IP camera streaming with the help of RTSP streaming address of the camera 24/7 at every half-hour intervals. These recorded videos are easily accessible on my home network as it is available on the NAS box (2TB space) using RPi with security configurations.

In order to expand the internet network connectivity, I have used Raspberry Pi as a router/DHCP server with the Jio modem to get bet better wifi signal.

I have used Raspberry Pi as DLNA server also. DLNA is a way for multimedia devices to communicate with each other on a local network. DLNA-compliant devices can stream local video, audio, and picture files to each other over home network. It’s a way for SMART TV to stream videos from the media server and smartphone to act as a remote that can play a file from one device on another device.

To avoid any interruption in my system, the watch dog timer in RPi can be used but I found it's unreliable as the server itself should be in the hung state and this is a doubtful situation. So instead of using RPi internal watch dog I have used Arduino with precise logic to avoid deadlock, keeping an eye on the Raspberry Pi - to know if it is in hung state and to reset it if so necessary.

To detect changes in the surroundings, I have used a few sensors like PIR, temperature, sound etc. for some specific tasks, and based upon the outcome of the sensor, a particular action will be taken.

We built a smart home automation and security system using our lovely 1Sheeld board and some sensors and some cool stuff.