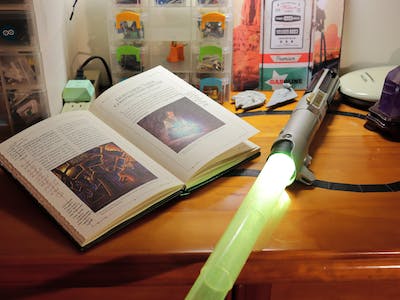 So I Fixed a Broken Hasbro Lightsaber 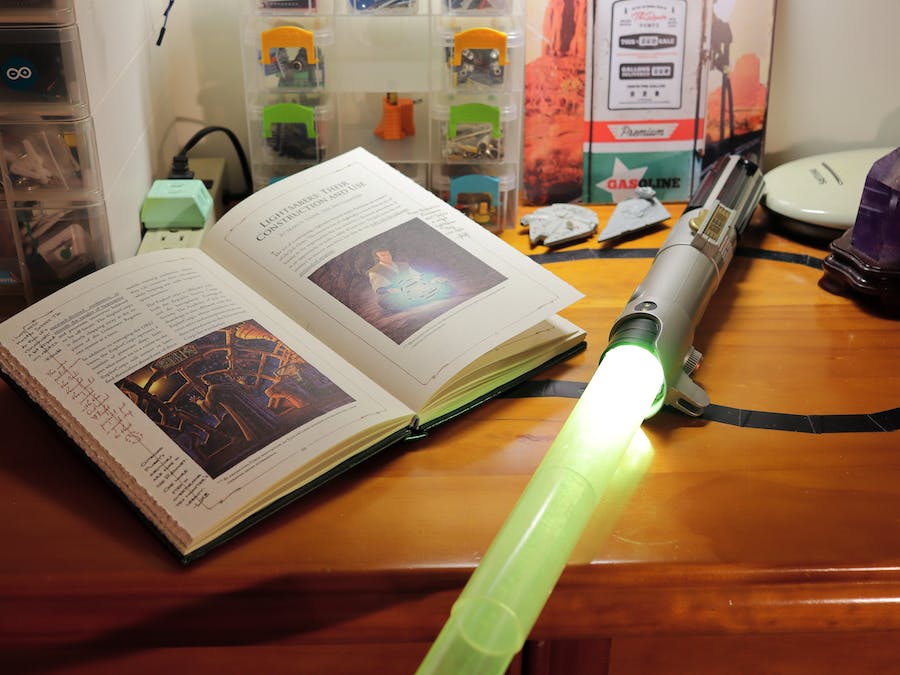 So I Fixed a Broken Hasbro Lightsaber © CC BY-NC-SA

A while ago I was sorting some old Star Wars toys that my brothers and I got during SW fan years (before and during the prequel trilogy). I found this 2004 lightsaber in a box and load batteries in it. Nope - it was broken. Sad.

I thought about throwing it away, then I got an idea.

Since this lightsaber is a "color changing" version, the blade is white (or transparent). You can make it light up as any kind of colors with RGB LEDs. So I tear it open, break down some inner wall structures and put it various components:

I downloaded a bunch of lightsaber sound effects and put them into a mini SD card in the MP3 player. I added a few movie quotes and soundtrack music as well.

Also, two parts in the lightsaber are kept as part of the system (I cut and soldered their wires to jumper wires):

As it happens, a small 5V power bank (which I used for my first project here) can be fitted into the original battery compartment.

I decided not to put in clashing sounds and the corresponding motion detection, since it would be tricky to detect different motions, and I don't want to smash this thing around and break it again.

I also don't want to use rainbow colors...it's meaningless here and the effect looks less effective in the plastic tube.

Add sound effects to opening the box and lifting the lightsaber.

I made ​​a digital windmill "Digindmill" revolved by breath.