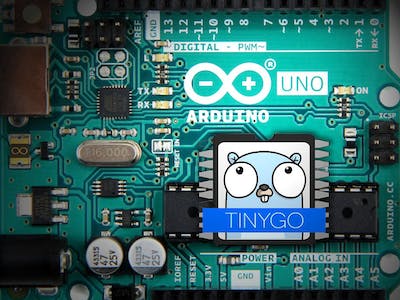 TinyGo on Arduino Uno: An Introduction 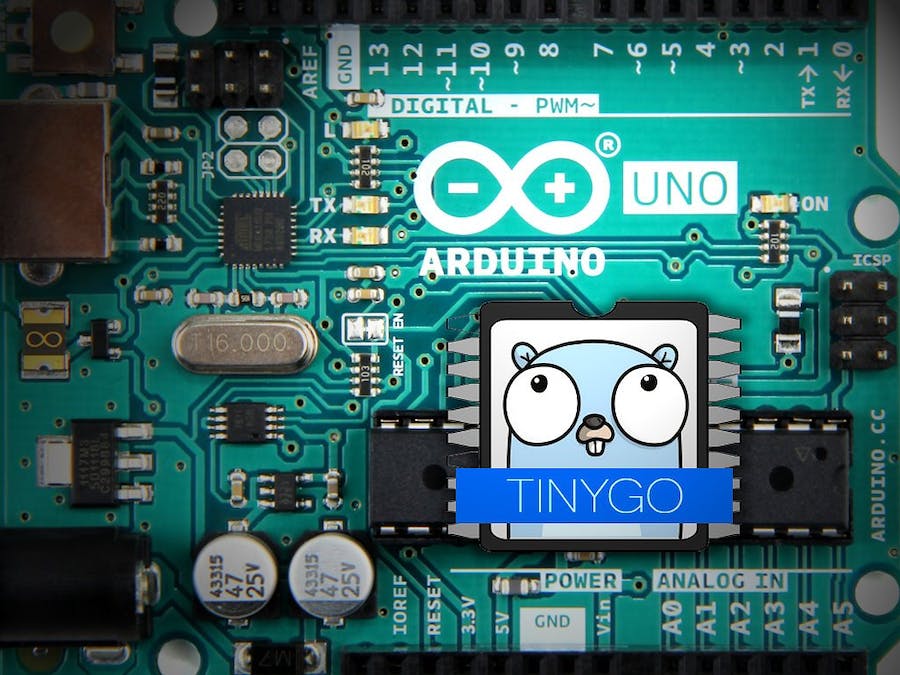 Note: this article has been updated for TinyGo 0.15.0. I will stop update this article any further. Check out the official site for more information.

TinyGo - "Go for small places", now officially sponsored by Google - is one of the new programming language for microcontrollers. By using a LLVM-based compiler, it can generate binary files small enough to fit into microcontrollers, including 8-bit AVR boards with very limited RAM.

Since TinyGo is mainly designed for 32-bit microcontrollers, these AVR boards have limitations - they are not able to perform some features of TinyGo and may only be able to run smaller scripts.

On the other hand, Arduino Uno and Arduino Nano are still one of the most popular beginner's Maker board, and their clones can be bought cheaply. If you accidentally toast one you won't lose much. And for some people living in certain area around the globe (like me), open-sourced Unos are far more accessible than Cortex M0/M4 or nRF52 products.

Also, Go (Golang) has became rapidly popular in recent years. Learn Go basics on an interactive physical device may be more interesting than learning solely on a computer. It's also exciting to see something else can run on Arduino Uno other than the powerful but intimidating C++. (No more problems caused by forgotten semicolons! yay!)

Uno may not be ideal TinyGo, but it is still capable to do many things.

1. Download Go and install it under C:\. (The installer should automatically added "C:\Go\bin" to your system's PATH variable.)

You may need to restart the Command Prompt for the new PATH to take effect.

4. Check if both paths are added correctly:

5. Download avr-gcc/avrdude and unzip it to C:\. These tools are needed to upload compiled binary files to Arduino Uno.

You can also use avr-gcc.exe and avrdude.exe provided by Arduino IDE if you had it installed (search it yourself). You'll need to add path for both respectively.

Tested on a Utuntu 18.04 virtual machine and my Raspberry Pi 3B+ (Raspbian Buster).

On Ubuntu you might get an older Go version (like 1.10), which does not work for TinyGo. Run the following commands and you'll be able to install newer Golang:

If you are using a Raspberry Pi: (newest version might not be available until a while after new releases:)

Scroll down to the end, add this line, press Ctrl+X then Y to save:

5. Restart system or execute the previous line in terminal as well (so it will take effect immediately).

Upgrade TinyGo in the future

For Windows, simply delete the tinygo directory and download/unzip the new release file.

For Linux, simply repeat the wget/dpkg commands with the new release version.

In Command Prompt (Windows) or Terminal (Linux), this is how you compile and upload the official example blinky1.go to your Uno:

On Linux systems the port should be /dev/ttyACM0 or may be /dev/ttyUSB0. You can use the following command to check com ports:

Or, you can install Arduino IDE and look at which port is available in Tools -> Port (works on both Windows and Linux).

Target arduino is for Arduino Uno. For Arduino Nano, use target arduino-nano. Nano is basically a smaller Uno with same pins and also .ATmega328P-based.

To write your own code, for example, I added a folder on Windows

and save a text file main.go in it. Then I can compile and upload this file by the following command: (same on Windows and Linux)

You will see something like this if it's successful:

avrdude: NOTE: "flash" memory has been specified, an erase cycle will be performed

To disable this feature, specify the -D option.

You can also try out the TinyGo Playground.

A pin or GPIO (general purpose input/output) can be used to control external devices, for example a LED. It can be switched on (output High voltage) or off (output Low voltage) hence making the LED light up or not.

Below is the most basic code to "blink" the built-in LED on pin 13 (very slightly modified from the official example):

Here we use an external LED connected to pin 13.

Be noted that pin 13 does not have a built-in resistor. A 220 ohms resistor should be added between the pin and LED as protection, otherwise the LED might be damaged by higher voltage.

machine.LED is pre-defined in the machine module, which is equal to machine.D13.

Beware that in 0.13.1 or earlier version, machine.D13 is expressed as machine.Pin(13) for all AVR boards.

You can declare a variable without specify the type if you give it a value at declaration. Here the variable led would automatically set as machine.Pin type - := (short variable declaration operator) is as same as var but can be only used in a function (for example, main()).

Also, I wrote a reusable delay function which make things slightly easier. The smallest unit of time.Duration (int16) is nanosecond; times 1, 000, 000 and it's a millisecond.

(In case you wondered, time.Since() doesn't work on Uno. I tried.)

It's possible to run Goroutines (concurrent/parallel threads) on Arduino Uno - and quite easy too. However, you'll need to enable the scheduler while uploading your script:

The following code will light up two LEDs on pin 2 and 3 with different intervals: (Although, due to hardware limitations, the interval time would be pretty inaccurate.)

You can even make these two functions both as Goroutines. To do that, a small delay is needed at the end of main() (which is actually a Goroutine itself):

This time delay is an implicit function declared inside main(). We also use a different for loop to iterate all elements in the array.

Set() method of LED structs accept a bool parameter (true/false). In Go you cannot convert int to bool; you'll have to use logical operators.

Pins can be used to read digital signals (High/Low voltage) as well. Here we will use a push button (or switch) on pin 8 to turn on/off the LED on pin 13.

In order to switch between High/Low states, the button needs a 10K Ohms pull-up resistor.

You can also use internal pull-up resistor, which allows you to use only 2 wires (signal/ground) to connect the button:

PWM (Pulse Width Modulation) is to turn on/off the pin at certain percentage of the time to generate a specific voltage between Low and High (5V on Uno), which can be used to change brightness level of a LED or change the speed of a DC motor (via a motor board).

This example makes the LED on pin 9 "breathes" - light up and fade gradually, The circuit is as same is the blinky code.

PWM's Set() method accepts a uint16 parameter (0-65535), which is the PWM duty cycle. However, Unos only have 8-bit PWM resolution, so smaller changes may not be visible.

Right now it's not supported to change the board's PWM frequency, which is useful to control passive piezo buzzers and hobby servo motors.

Some of the pins on Arduino Uno have ADC (Analog-to-Digital Converter), which allows them to read voltage as numbers.

Here we use a LDR (photoresistor) to output analog readings to pin A0 based on light levels and turn on/off the LED on pin 13. In order to read the changes of voltage, we'll need a voltage divider circuit with a 10K Ohms resistor.

There are pre-defined analog pins in the machine module as machine.ADC0 to machine.ADC5.

Here I set the threshold as 40000. Actual threshold may be different depending on your lighting condition. You can use a terminal software like Tera Term or Arduino IDE's serial monitor to read the output value from print().

TinyGo is still a language in active development, however there are already a lot of progress achieved. It demonstrated that you can indeed run Golang in small places, and It supports various boards (like BBC micro:bit, Arduino Nano 33 IoT, Adafruit ItsyBitsy M4, even Nintendo Switch) and external electronic modules. Arduino Uno and Nano can be an excellent start, and they certainly won't be your last. 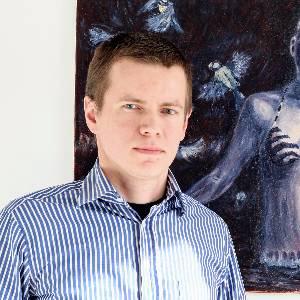