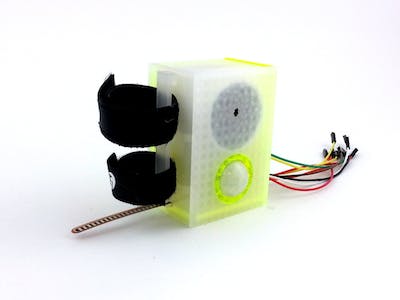 The Sink That Can Think 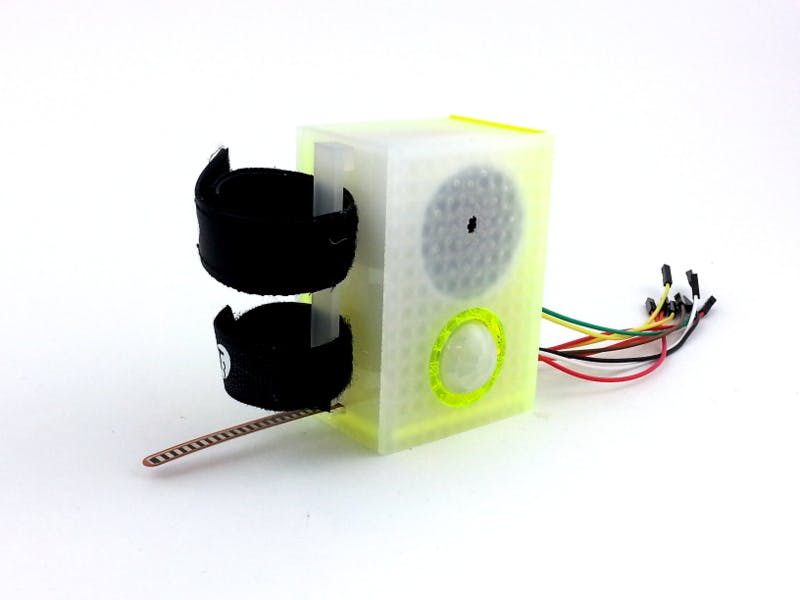 The Sink That Can Think

The kitchen is an indispensable feature of any home. In investigating our personal day-to-day experiences with our respective kitchens, each of the members of our group came to better appreciate the role of the sink. Functionally, the sink plays a prominent and important part — being an appliance which is constantly turned on and off, while at the same time often a necessity even when other devices are not in use. After all, how many times does one simply walk into the kitchen for a cup of water from the tap? Or just to wash dishes after a meal? We use our sinks all the time. As a machine of convenience, it often seems to fade as a utility into the background of our lives. With this in mind, our group was determined to better utilize the capacity of our sink, especially in light of the drought recently declared in our state of California. By anthropomorphizing our sink, imbuing it with speech, conscience, and personality, we have endeavored to bring the user a new kitchen experience: our device disrupts the normative use of the kitchen by providing a new, unique, and humanized narrative for the kitchen sink. We see such an experience as an asset not only to the residents of California, but sink users globally — all of whom could profit from the awareness we aim to foster.

The members of our group brainstormed extensively to come up with the concept for this project. All members partook in individual and communal brainstorming and discussion times, wherein every aspect of the project- from personal goals to specific design implementations, were put on the table and hashed out extensively. To better facilitate our process, we began with a discussion of our general goals for the project- what equipment, materials, and skills we each desired to learn or implement. In this preliminary discussion, we came to first appreciate each member's different strengths and not only allowed the team to better understand one another, but also brought everyone up to speed- aligning the team to a uniform set of objectives.

We followed this with generalized discussion about the setting and usage of the kitchen. Each member poured out his or her thoughts, insights, problems, concerns, and questions regarding the kitchen and any related issues. Many hours thus spent proved very fruitful, according ideas ranging from water conservation to specific affordances which could improve kitchen use (e.g. easily accessible top shelving, etc.). Each member also spent time on their own, considering their respective kitchen and conducting contextual inquiry at home in order to facilitate more cognizant understanding of kitchen space and use. We were also determined to further brainstorm on our own on specific objects and functionalities before getting back together again, whereupon we continued our extensive process of critiquing and further brainstorming, eventually settling upon the utility of the kitchen sink- which we believed would best meet several concerns brought out by our members- from water conservation to simply better minding one's dirty dishes. Our team brainstorming was further enriched by consulting our instructors in the topic of Critical Making, which brought out several alternatives and improvements to our then-idea and design.

This bout of creative thinking was then followed by considerations for the actual design and implementation of our device. Each member of the team took a day to consider the specific function, look, feel, and know-how of how we envisioned the project. This, predictably, was followed by corporate consideration and constructive critique, and the ultimate shape of Faucet began to take form. We were determined from our brainstorms that our sink device would work to influence how users experienced and even considered the kitchen. We wanted the kitchen to take on a new narrative for the user- for their kitchen experience to tell a different, more conscious, story- rather than provide a device that simply did something utilitarian for the user.

The process of producing our device had finally begun. Again, each member's individual talents shone through in this process. One member contributed a well-developed knowledge of electronics and mechanics, including the practical understanding of what was required and/or possible given our own constraints (budget, time, and material), while another put forth great insight on the architectural implications of the device and what could be done with the design physically and aesthetically to afford the most function for its form. At the same time, other members worked on the many other demands of the project- from drawings and Arduino code to documentation and presentation. Every member of the team contributed much to the final project, putting in extensive time and energy to ensure the necessary work was completed, the many deadlines were met, and ultimately guaranteed that the project in its entirety would be an absolute success.

Holiday is always a good reason to make something cool. This time I wanted to play with Pro Minis and an RTC module.

Use the power of a Windows 10 UWP app to control and monitor a kegerator to keep your beverages cold, fresh and always on tap.